The Royal Mint this morning (17th April) began the minting presses which include the fifth or Clark portrait of HM Queen Elizabeth II. All 2015-dated coins from today, from the one penny up to the circulation £2 bi-metallic coins will depict the Queen as designed by Royal Mint designer Jody Clark. Mr. Clark was the successful artist who was awarded the distinctive honor & distinction of having their effigy adorn British coinage, replacing the fourth portrait designed by sculptor Ian Rank-Broadley whose depiction of Her Majesty was used on British and commonwealth coinage since 1998.

View our interview with Jody Clark. 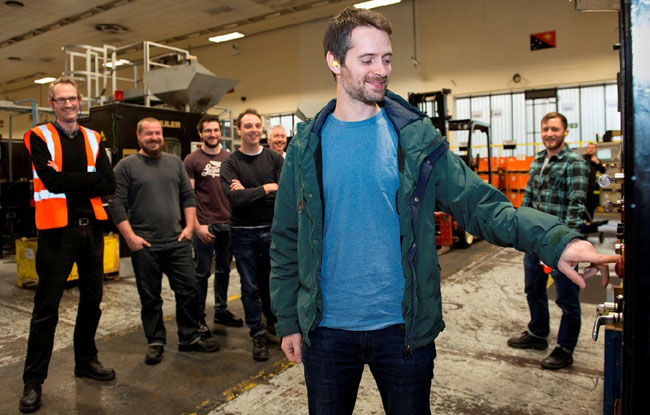 Jody Clark was offered the privilege of starting up the presses which will strike his own depiction of The Queen on all newly issued UK coins for general circulation from now on. Just 33 when his design was selected from a number of anonymous submissions to a design competition, Jody is the youngest of the five designers to have created the portraits of The Queen that have appeared on UK circulating coin during her 63 year reign and the first Royal Mint engraver to be chosen to create a definitive royal coinage portrait in over 100 years. His is only the fifth definitive portrait of The Queen to appear on our circulating coins since her accession to the throne in 1952, making it a very rare event indeed. When the new coins begin to appear in the change of Britons, it will be the fourth portrait currently in circulation since the first portrait created by sculptor Mary Gillick. Her portrait was included only on pre-decimal coins and were eventually all removed from circulation after 1971 and during the program to reduce the diameter 10 and 5 pence coins which made the transition from 2 and 1 shilling coins in 1990 and 1992 respectively. Clark’s portrait joins those created in 1968, 1985 and 1998 and, together the coins that carry them tell the story of Her Majesty’s lifetime and paint a compelling picture of the story of her reign. 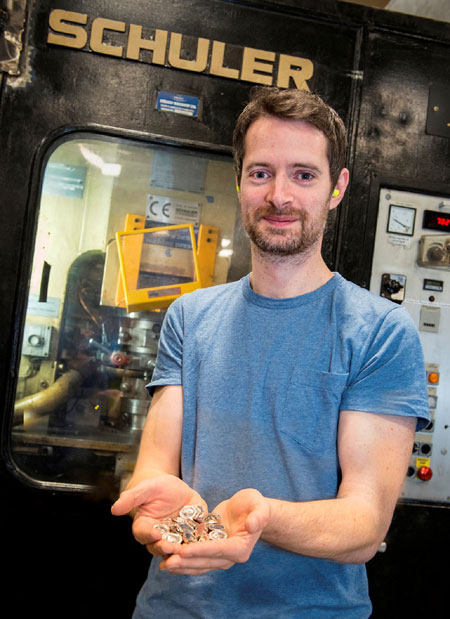 Commenting on the honor of being selected, Jody Clark said: “I really liked the four previous coin portraits – each one is strong in its own way. I hope that I’ve done Her Majesty justice and captured her as I intended, in a fitting representation. The news that my design had been chosen was quite overwhelming, and I still can’t quite believe that my royal portrait will be featured on millions of coins, playing a small part in The Royal Mint’s 1,000 year history.”

Jody’s elegant portrayal of The Queen, wearing the Royal Diamond Diadem crown worn for her Coronation, was selected in a closed competition organized by the Royal Mint Advisory Committee (RMAC), a consultative panel to Her Majesty’s Treasury comprising experts from such fields as history, sculpture, architecture, art and design. The public are being advised to keep a watchful eye on their coins later this year by mainstream news media when the new portrait will begin to appear in circulation.

The 2015-dated circulation coins, containing both fourth and fifth portrait coins are available in a double set, for more information on these and other coins offered by the Royal Mint, please visit their website at: http://www.royalmint.com/our-coins/ranges/the-fifth-definitive-coinage-portrait-first-edition Information offered in English, international orders dispatched.