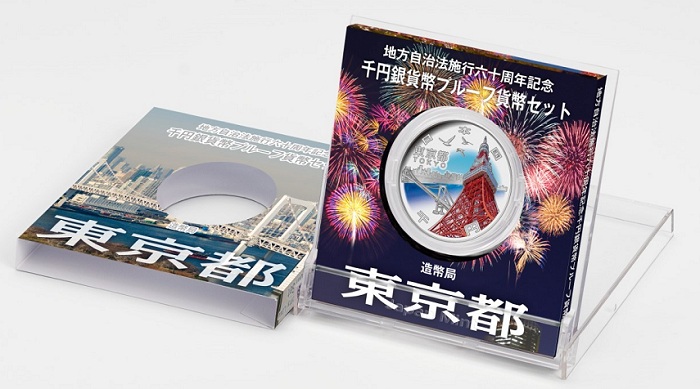 The Mint of Japan has unveiled (May 18) the design of their last coin in an eight-year series that has highlighted each of Japan’s 47 prefectures. The latest coin pays tribute to the prefecture of Tokyo, where the country’s capital city of the same name is located.

Tokyo was previously known by the name of Edo, meaning “estuary,” and was an important seat of government for the Shogunate system of government as early as 1603. The country’s capital was re-located from the ancient city of Kyoto in 1868, a year after the restoration of Imperial authority, and this was when the city was became known as Tokyo.

In addition to being Japan’s capital, Tokyo is also the country’s largest city with a population totaling over 13 million people, including those living in outlying districts. Today, the prefecture and authority is made up of 23 special wards that are governed as separate city administrations. The city is also home to the Japanese Imperial family, and the Imperial Palace is a popular tourist attraction.

The city of Tokyo is ranked as the 11th most expensive city in the world. It has consistently been voted a premier destination, with first- and second-place finishes. It is also cited as a “best overall experience” in terms of activities, helpfulness of the locals, night life, shopping, safety, and public transportation. In 2014, the city of Tokyo was chosen by the International Olympic Committee to host the XXXII Summer Olympiad in 2020, which will be the second time for Tokyo; they first hosted the games in 1964. 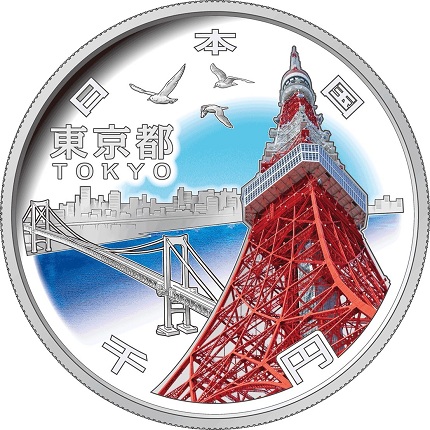 The coin’s design features vivid color and carries a depiction of the Tokyo Tower, a communications and observation tower located in the Shiba-koen district. Built in 1958, Tokyo Tower stands 333 meters or nearly 1,100 feet high, and was registered in 2013 as a national tangible cultural property.

To the left of the tower is a depiction of the Rainbow Bridge. Opened in 1993 and spanning a length of 918 meters — or just over 3,000 feet — the Rainbow Bridge is a double decked suspension bridge. The upper deck carries the Metropolitan Expressway Route 11 (Daiba Line), and the lower deck accommodates the road that links it to the harbor and the Tokyo Waterfront New Transit Line, called “Yurikamome.”

Just above the bridge and near the coin’s denomination are three “black-headed” seagulls in flight; these familiar birds are found near the Tokyo waterfront and have been designated as Tokyo’s official prefectural bird. 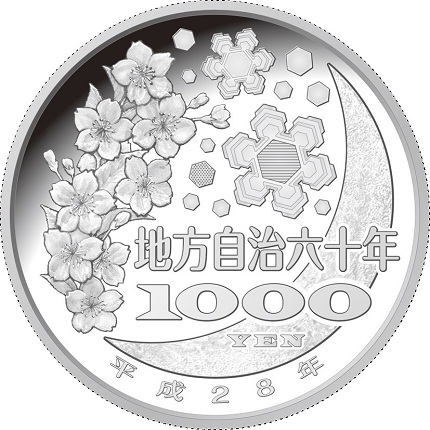 The reverse design includes latent image technology that is applied to the center of the largest snow crystal to include the number “47,” which represents the number of prefectures in Japan. The number “60” represents the 60th Anniversary of Enforcement of the Local Autonomy Law and appears alternately when viewed from different angles. Included in the common reverse design are snow crystals, the crescent moon, and cherry blossoms. The coin also includes the number “28,” which is the regnal year of His Imperial Majesty Emperor Heisei.

The last prefecture silver Proof coin is available from August and is packaged in a CD-style case with a colorful outer sleeve. This and a 500-yen bi-metallic circulation coin with the same design (but no added color) will also be issued on the same date. For more information on this and other coins available from the Mint of Japan, please visit their Web site.