The Istituto Poligrafico Zecca della Stato (IPZS) have released (22nd February) their latest gold coin which is part of their ongoing “Roman Emperors” series chronicling those emperors who have made exceptional contributions to the growth and reach of the Roman Empire — much of which is still familiar in western society such as a senate and civil service.

The latest gold coin is in tribute to Marcus Ulpius Nerva Traianus (53 A.D.–117 A.D.), universally recognised as one of the greatest Roman emperors who was declared Optimus Princeps, or “Best Ruler,” during his lifetime. He succeeded as Roman emperor in the year 98 upon the death of Marcus Cocceius Nerva (30 A.D.–98 A.D.), an old and childless senator whose two-year rule as emperor proved to be unpopular with the army. With a revolt by members of the Praetorian Guard, Nerva was compelled to adopt the more popular Trajan, who had already risen to the rank of legatus legionis, a high ranking Roman military officer in the Roman army, as his heir and successor. It is thanks to Trajan’s actions and to his great military, administrative, and political capabilities that under his reign, the empire reached its territorial, economic, and cultural zenith.

The coin is designed by Claudia Momoni, and the obverse side depicts a right-facing portrait of Marcus Ulpius Nerva Traianus, a Roman emperor (98 to 117 A.D.), reminiscent of the effigies which graced his own coinage during his rule. Around the portrait is the inscription REPVBBLICA ITALIANA.

The reverse depicts the triumphal arch of Trajan in Beneventum, erected by a resolution of the Roman Senate at the junction of via Appia and via Traiana, on a route connecting Rome to the port of Brindisi. As attested by the inscription on the attic (top half above the actual arch), it was completed in 114 A.D. In the field within the arch is the letter “R,” which identifies the Mint of Rome. Towards the left is the value 10 and on the right, EVRO, with the year of issue 2018 placed above the arch. Below the primary design is the inscription, TRAIANVS, with the name of the designer, MOMONI, seen in smaller text below.

The second coin in this ongoing series is available from the IPZS from the 22nd February, interested collectors can visit their website.

The Successful Soldier-Emperor Who Presided Over the Greatest Military Expansion in Roman History: Trajan (53 AD–117 AD) 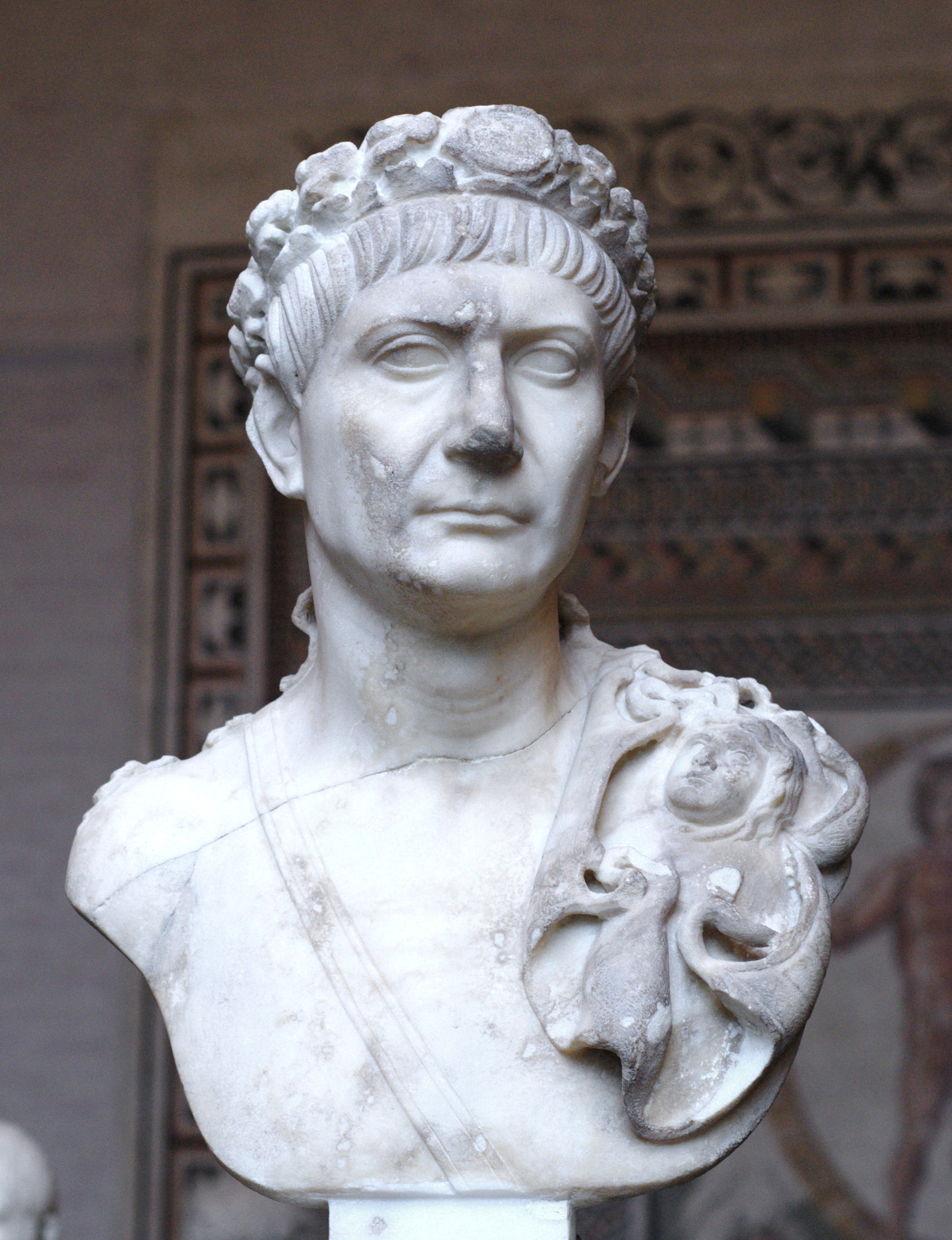 A bust of Trajan in Munich, Germany.

For nearly 19 centuries, Trajan’s reputation has remained intact for the architectural, territorial, military and social contributions he made to the Roman Empire. Born on the 18th September 53, in the Roman province of Hispania Baetica, in Spain, to Marcus Ulpius Traianus — a prominent senator and general from the family Ulpia and Marcia — Trajan’s birthplace of Italica was founded as a Roman military colony of Italian settlers in 206 B.C. However, it is unknown when the Ulpii arrived there, and Trajan was certainly not destined to become Roman emperor. His rise to prominence occurred as a young man when he rose through the ranks of the Roman army while serving in some of the most contested parts of the Empire’s frontier. In 76–77 A.D., Trajan’s father was governor or Legatus pro praetore Syriae, of Syria, where Trajan became his father’s replacement. By the year 91 A.D., he was created ordinary consul for the year, a great honour considering he was 38 years of age and therefore six years older than the minimum legal age of 32 for holding the post. During this time, Trajan married Pompeia Plotina, a noblewoman from the Roman settlement at Nîmes in present-day France — though the marriage remained childless.

His ascent to that of Roman emperor occurred when Emperor Nerva died on the 27th January 98 A.D., and Trajan succeeded as the emperor without any outward incident. Though at the time of his accession, he was on an extended tour and inspecting the Rhine and Danube frontiers.

One of Trajan’s memorable acts as emperor was about the coins of the Roman Empire when in the year 107, he devalued Rome’s currency. By decreasing the silver purity of the denarius from 93.5% to 89% coupled with the massive amount of gold and silver which was spent during and after Trajan’s Dacian Wars, he was allowed to mint a much larger quantity of denarii than his predecessors. Trajan also withdrew from circulation any silver denarii minted before the previous devaluation achieved by Nero, which may have actually been motivated more for political ends, such as allowing for increased civil and military spending.

In 116 A.D., Trajan’s army defeated a Parthian army in a battle which meant the re-taking and burning of Seleucia, where King Osroes was formally deposed, making the way to place Parthamaspates, the son of Osores, on the throne as client ruler. This event was commemorated in a sestertius coin which depicted the reduction in status of Parthia to client kingdom status. It was at this time which the health of Trajan became worrisome and he planned to make his way back to Rome.

Trajan did not manage to see Rome again, he died on the 8th August 117, in the city of Selinus, in the Roman province of Cilicia (present-day Southern Turkey) and was succeeded by Hadrian (76 A.D.–138 A.D.). Hadrian was the supposed adopted heir which Trajan’s wife Pompeia had claimed her husband had designated as his successor. Hadrian was, in fact, the son of Trajan’s maternal cousin and came into his care when he was orphaned at the age of 10.