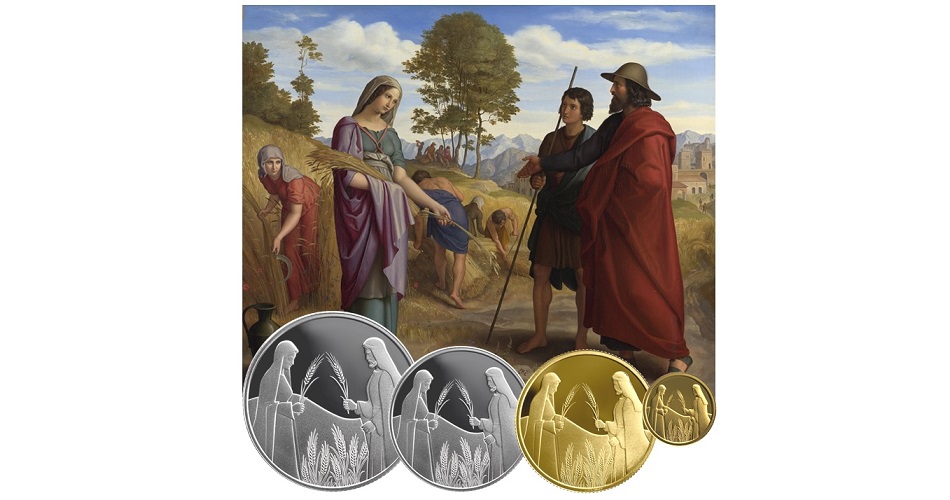 The Bank of Israel has released (10th October) their latest gold and silver collector coins in the ongoing series entitled “Biblical Art” in which a selection of well-known biblical stories and verses are featured from the Old Testament. The 24th set in the series features the story of Ruth in Boaz’s Field. The biblical story of Ruth is one of kindness, loyalty, and love for the people of Israel. Ruth, who was a Moabite princess, cleaved unto her mother-in-law, left her royal home as well as her people, and returned with Naomi to Bethlehem.

Where you go I will go, and where you stay I will stay. Your people will be my people and your God my God. Where you die I will die, and there I will be buried. May the Lord deal with me, be it ever so severely, if even death separates you and me.

It happened that Ruth came to gather grain in the field of Boaz, who was one of the respected men of Bethlehem and a relative of Naomi. Boaz was so impressed with this modest woman and her exceptional kindness that he married her. Thus, began the royal dynasty that led to the birth of King David, and, according to Jewish tradition, will eventually lead to the birth of the Messiah. The story is especially held in high esteem by those Jews who have converted to the faith, as is evidenced by the considerable presence of Boaz in rabbinic literature. The Book of Ruth also functions liturgically, as it is read during the Jewish holiday of Shavuot, or, the Festival of Weeks. 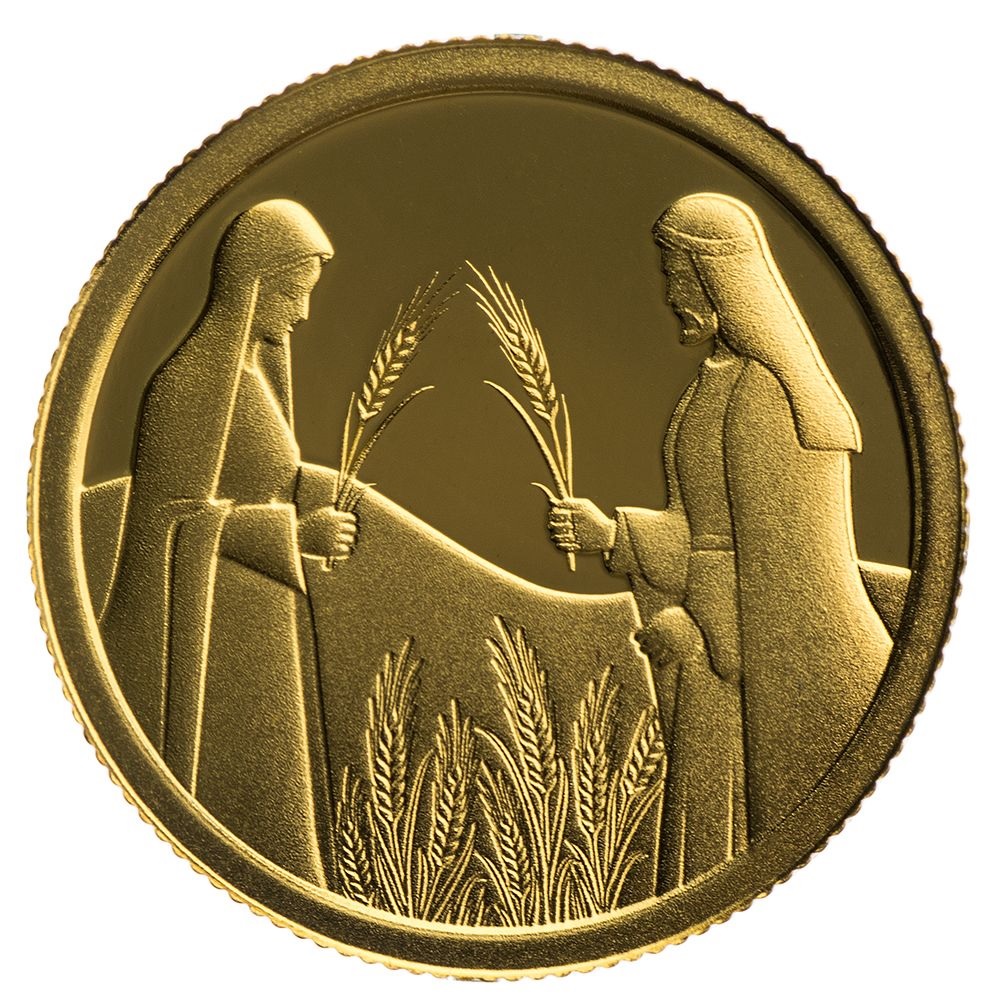 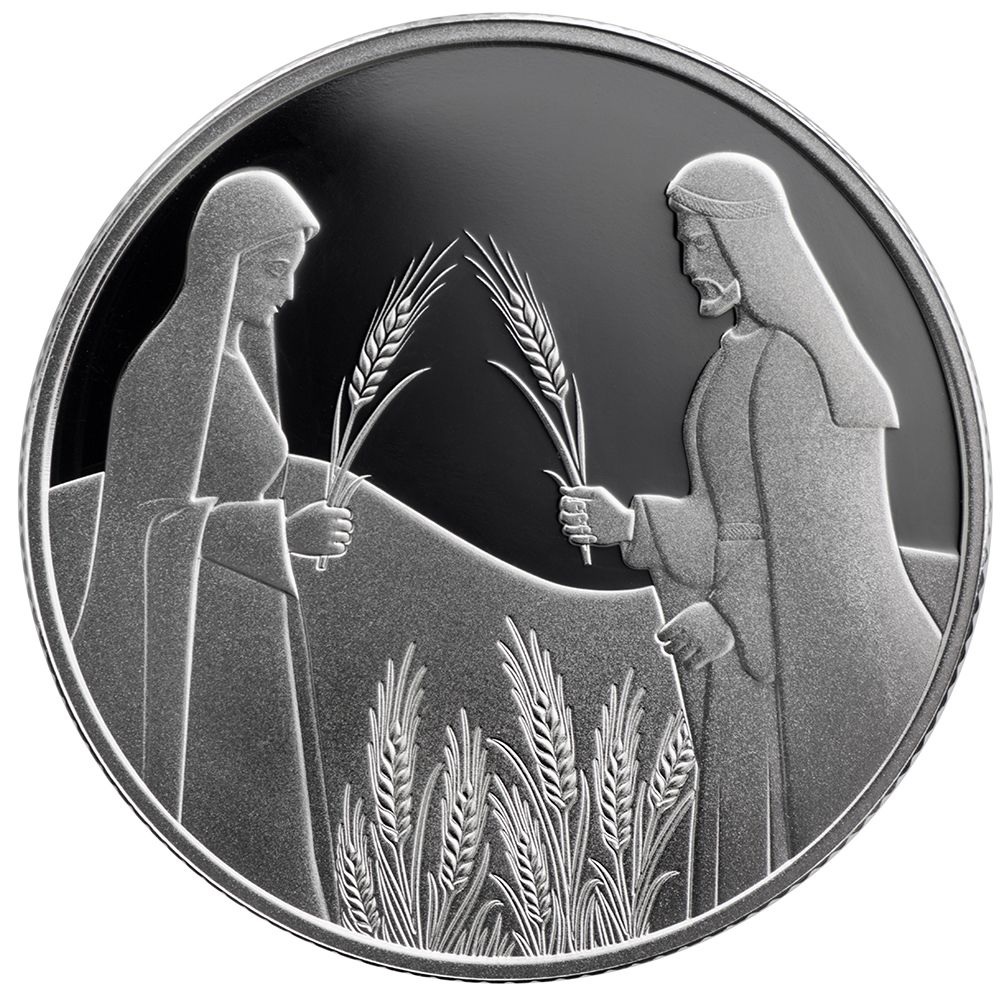 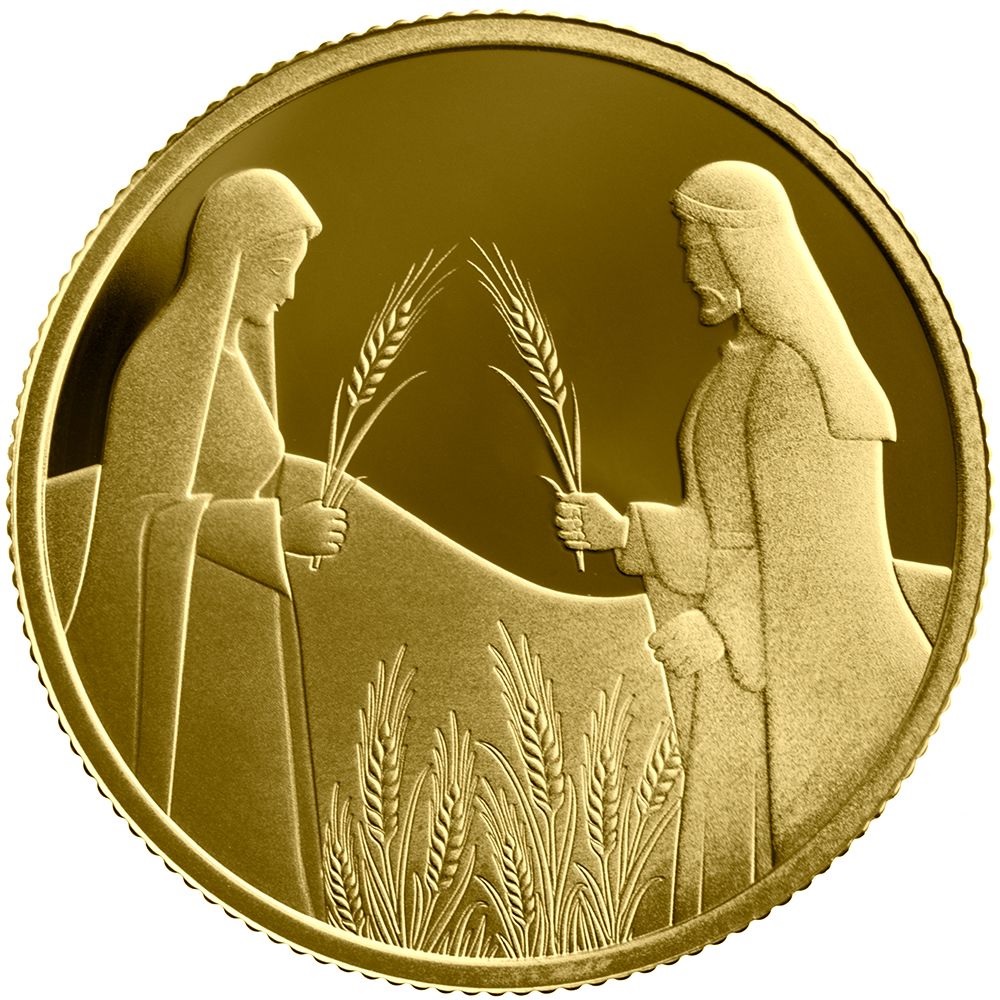 The coins are designed by Michal Hamawi Mizrahi, whose stylised depiction of Ruth and Boaz on the obverse shows them in his field of wheat and grain. Both Ruth and Boaz are holding a stalk of barley, with the mountains of Judah shown in the background. 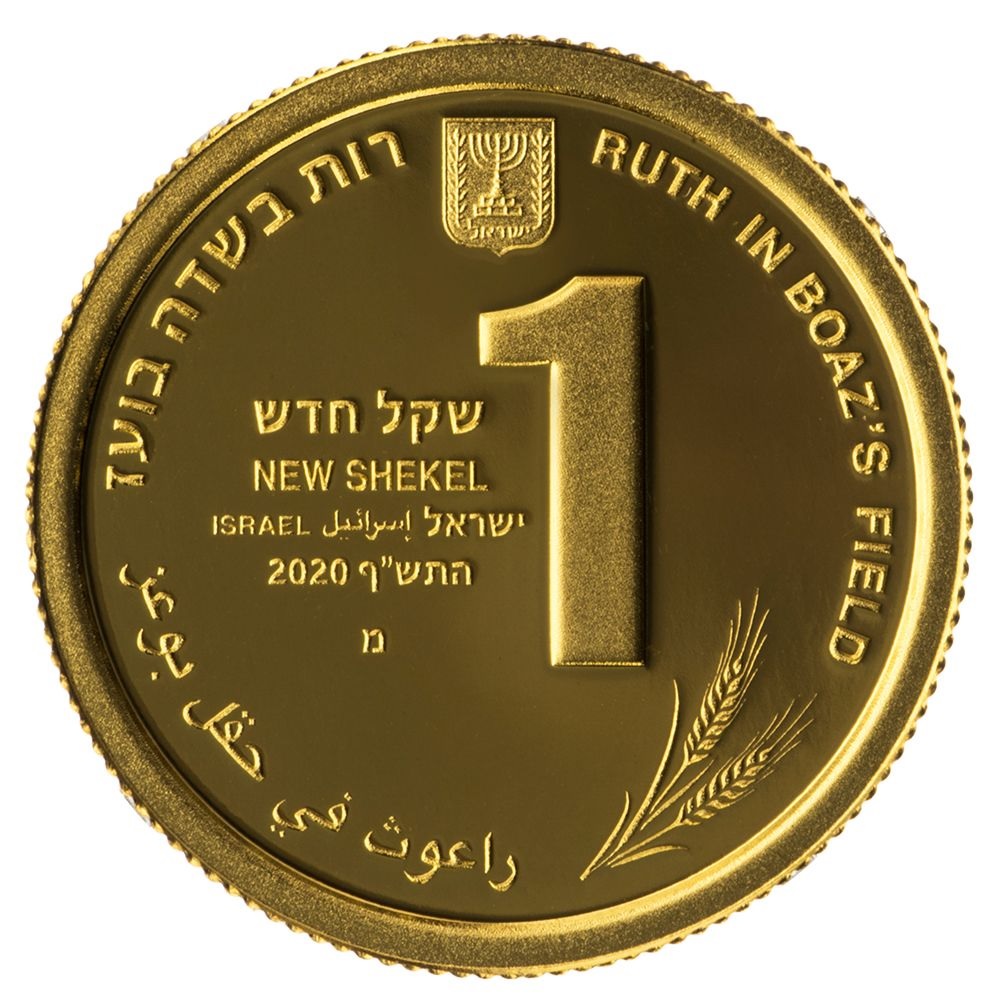 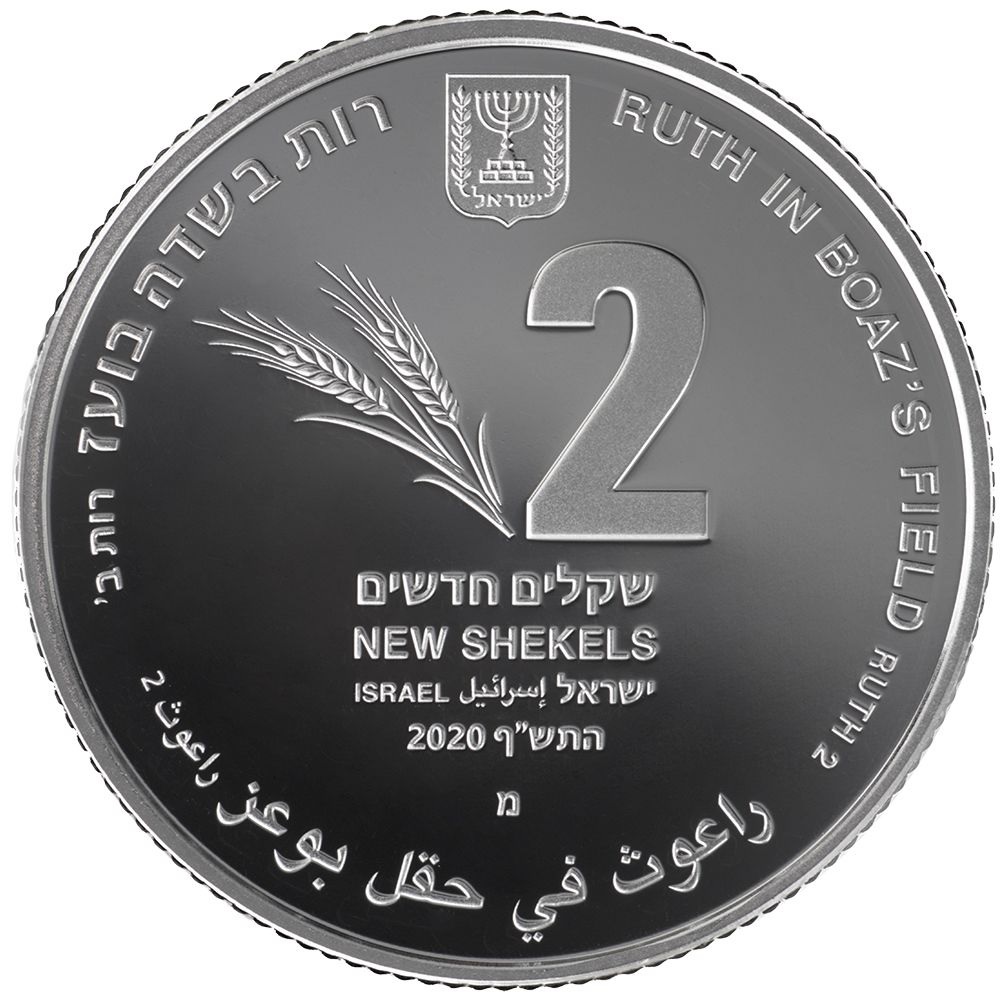 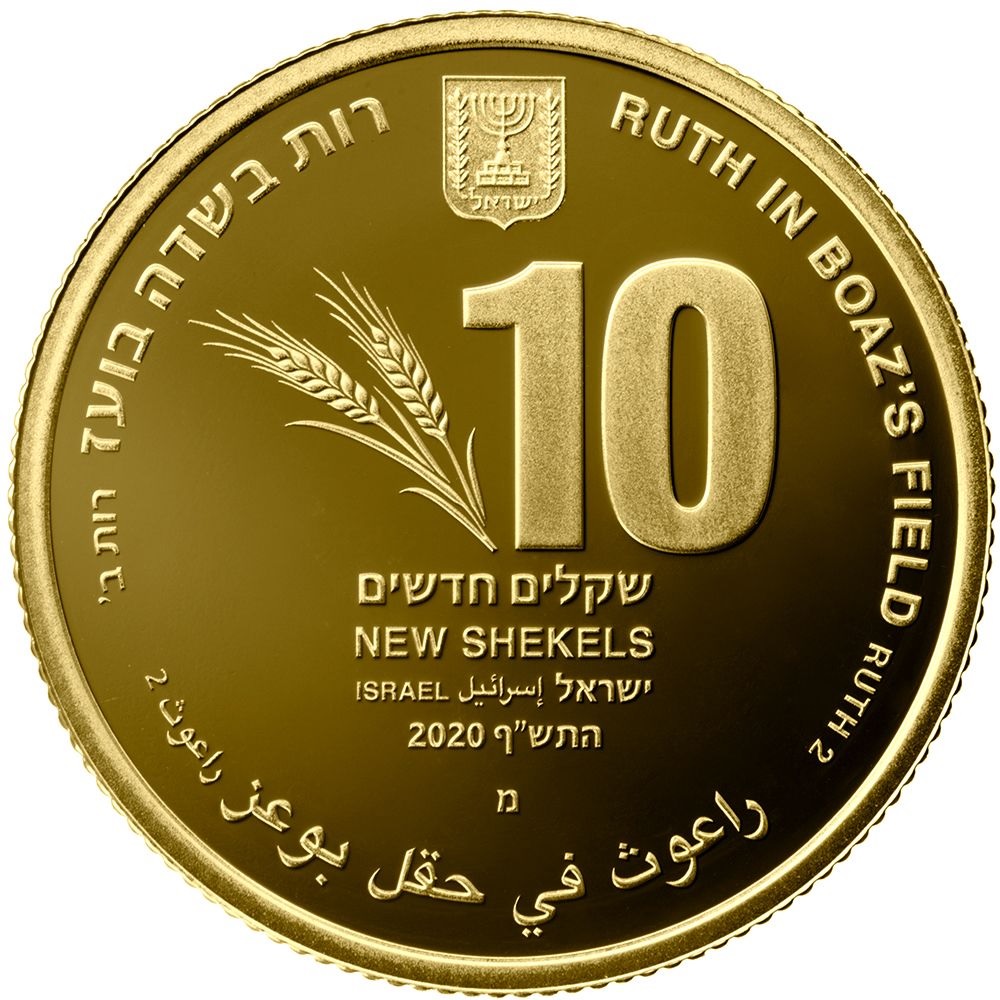 The reverse side includes the Israeli State Emblem placed at the top with the denomination centred, along with a sprig of wheat shown next to the numeral. The text NEW SHEKELS ISRAEL and 2020 are shown in English, Hebrew, and Arabic, along with the mintmark. Along the edge is the commemorative inscription RUTH IN BOAZ’S FIELD is included in the three languages of English, Arabic and Hebrew.

Each Proof quality strike includes the mintmark מ (Mem), while the Prooflike coins include the Star of David mintmark.

The two silver coins are available as separate purchases, as a set of two, or as a three-coin set which includes the two silver and one 10-shekel gold coin. The gold one-shekel option is available only as a separate purchase. For more information about these coins and others issued by the Bank of Israel, please visit the website of the Israel Coins and Medals Corporation.