The Government and Treasury of the Isle of Man have unveiled the latest “Cat Crown” in their popular and long-running series depicting cat breeds worldwide.

The newest in the series is the Havana Brown breed, a Siamese shaped short-haired cat. The phrase “chocolate delights” is often used to describe Havana Browns, which are supposedly named after the resemblance the color of their coats bears to that of Havana cigars. These charming chocolate brown cats have mesmerizing green eyes and are alert, intelligent, and affectionate, and occasionally exhibit a mischievous personality. 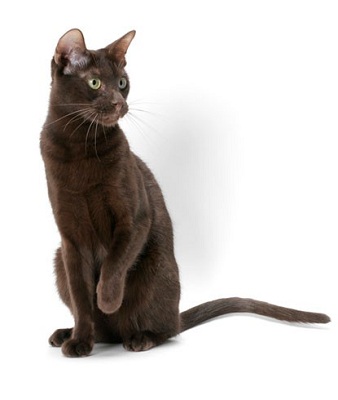 A breed for the true cat connoisseur, the Havana Brown is extremely rare; it is estimated that there are fewer than 1,000 in the world. They are usually described as a cat of medium size and structure, firm and muscular, exhibiting a sense of power, and also elegance and gracefulness. The two most distinctive features of the breed are its color and head shape; its distinctive muzzle, coat color, large forward-tilted ears, and green eyes set it apart from other breeds. 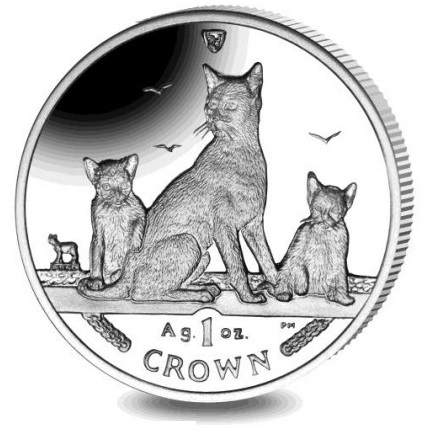 The Havana Brown breed is often described as being naturally inquisitive, and they are often observed reaching with an outstretched paw to touch and feel when investigating curiosities in their environment. They are sensitive by nature and frequently gently touch their human companions as if extending a paw of friendship. While some of this breed may be somewhat reserved, most are outgoing, playful, and talkative in a charming and attentive way. 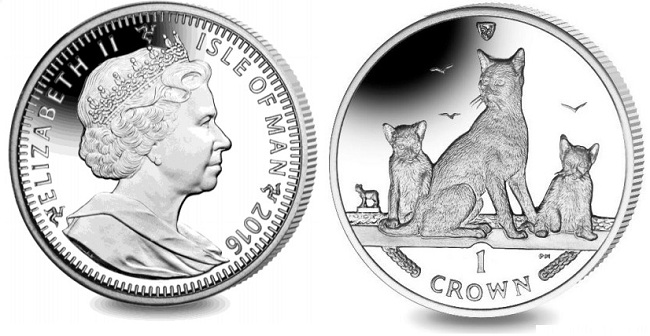 The coin is struck by the Pobjoy Mint, UK on behalf of the Treasury of the Isle of Man. The design on the coin shows an image of a Havana Brown cat with two kittens, and highlights their peculiar fur. The obverse of each coin features an effigy of Her Majesty Queen Elizabeth II and the year of minting.

The cat crown is available from January 6 in Uncirculated cupro-nickel and Proof 1 oz. fine silver. Each precious metal coin is struck four times to achieve a flawless Proof finish. The cupro-nickel coin is shipped in a unique Pobjoy-Mint-branded blue presentation pouch. The silver version is encapsulated in an acrylic capsule for protection, housed in a stunning red box, and accompanied by a certificate of authenticity.

For more information on this and other coins issued by the Treasury of the Isle of Man Government, please visit the Web site of the Pobjoy Mint. International orders will be dispatched where applicable.