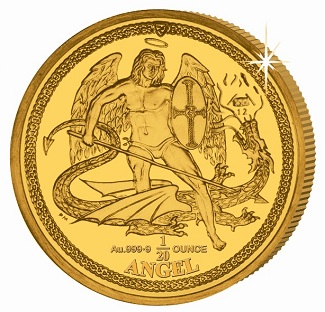 The Treasury of the Isle of Man’s latest gold angel coin has been released in time for the holidays and features a seasonal Christmas privy mark. 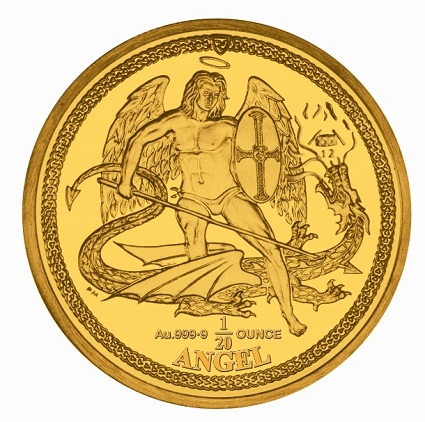 Since medieval times, Angel coins bearing the design of the Archangel Michael slaying the Dragon have been thought to bring good luck and health to the bearer; this modern Angel upholds that remarkable tradition as one of the world’s foremost bullion coins. The holiday tradition of giving or receiving a small gold coin with a history of the Angel has made this innovative series exceedingly popular during Christmas. 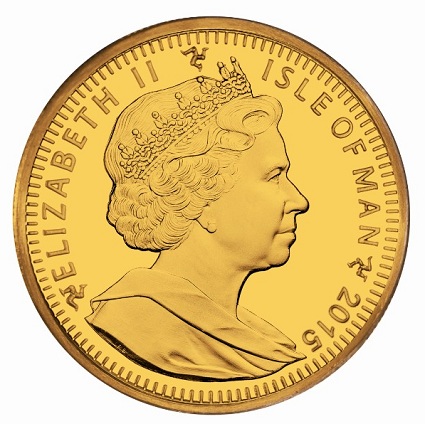 The reverse design for this 24-carat gold Proof legal tender coin was approved by Buckingham Palace and includes an intricate depiction of the winged Archangel Michael, with the fire-breathing dragon at his feet. A small privy mark of a drum and two drumsticks is positioned to the upper-right half the image. The obverse bears the effigy of Her Majesty Queen Elizabeth II as designed by Ian Rank-Broadley.

Every year the Isle of Man Treasury issues a special 1/20 oz. Gold Angel bearing a Christmas-themed privy mark on its reverse. This special edition has a limited mintage of 1,000 coins worldwide, making it a perfect collector’s coin and holiday gift. Each coin has been produced to the highest Proof quality and is detailed to perfection, having been struck four times to achieve stunning sculpted reliefs that contrast against a mirror brilliant background.

For more information on this and other coins issued by the Treasury of the Isle of Man Government, please visit the Web site of the Pobjoy Mint. Information is offered in English, with international orders dispatched where applicable.