The Isle of Man Government has authorized (March 7) a new gold coin marking the 550th anniversary of the death of one of the world’s greatest sculptors. Donato di Niccolò di Betto Bardi, (1386 – 1466), better known as Donatello, was the greatest Florentine sculptor before Michelangelo, and was the most influential individual artist of the 15th century in Italy.

Donatello studied classical sculpture, and used this to develop a fully Renaissance style that he then applied throughout his long and productive career. One of his most famous pieces is a bronze roundel depicting the Madonna and Child known as the ‘Chellini Madonna,’ which was given to his doctor, Giovanni Chellini, in lieu of payment. The roundel was cast in bronze and hollowed out so that melted glass could be cast on it. This piece is now one of the Victoria & Albert Museum’s most prized possessions. 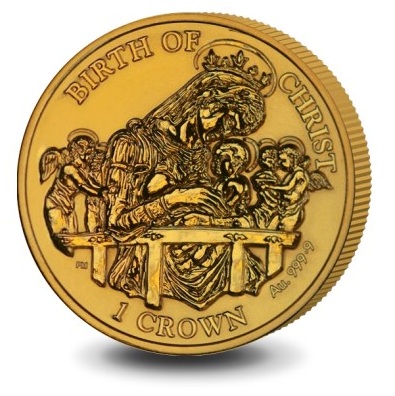 The coin, produced by the Pobjoy Mint UK on behalf of the Treasury of the Isle of Man Government, includes a rendition of the Madonna and Child roundel as originally designed by Donatello. It celebrates the birth of Christ, showing the Virgin Mary with the newborn Jesus, surrounded by tiny angels. 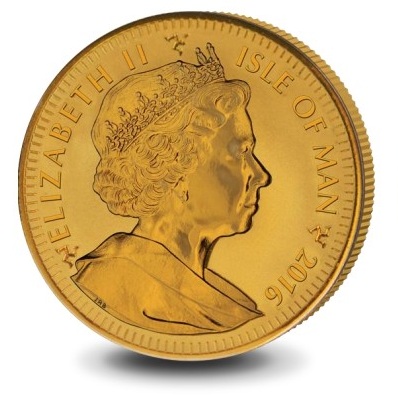 The obverse of each coin features the effigy of Her Majesty Queen Elizabeth II by Ian Rank Broadley FRBS. Both the reverse and obverse designs of the coins are incused, with a Reverse Proof finish.

The coin is struck to order within a strict limit of 550 pieces. It will be shipped in an acrylic capsule for protection and housed in a stunning red box, accompanied by a certificate of authenticity which showcases the story behind the design.

This coin is of particular relevance to the Pobjoy Mint, who produced a similar coin 38 years ago as part of a project to raise funds for the museum in an effort to ensure that the Chellini Madonna would remain in Britain. The Pobjoy Mint was commissioned to produce a limited edition of the roundel in sterling silver and in March 1998 Taya Pobjoy, Director of the Mint, had the opportunity to present His Holiness Pope John Paul II with a pure gold version of the coin, as well as the silver roundel (which he formally blessed). The coin was given the papal blessing and it now sits with pride in the Vatican in Rome.

For more information on this and other coins on offer by the Isle of Man Treasury, please visit the Web site of the Pobjoy Mint.  International orders will be dispatched where applicable.