The Treasury of the Government of the Isle of Man have issued (9th January) a set of new crowns which mark the start of the European Championships 2012, also known as “EURO 2012”. Scheduled to kick off in both Poland and Ukraine on the 8th June, it is the first time for both countries to host this extraordinary sporting event. The tournament features sixteen National teams, including the two host Nations and will conclude on the 1st July.

The coins, struck by the Pobjoy Mint in the UK, consist of four in total and depict scenes of footballers in action on the football field or “pitch” which also includes background designs of specific landmarks representing the venues and  cities which will be hosting the tournament. 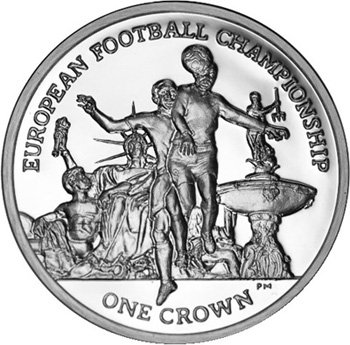 Coin 1. The statue of the Sitting Statue of Liberty in Lviv and Neptune’s Fountain in Gdansk. 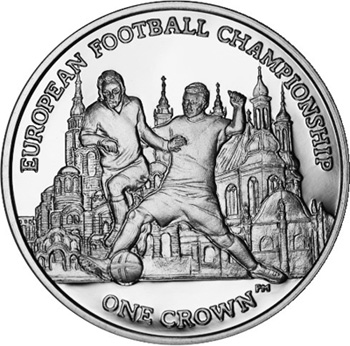 Coin 2. The Motherland Statue in Kiev and King Sigismund’s statue in Warsaw. 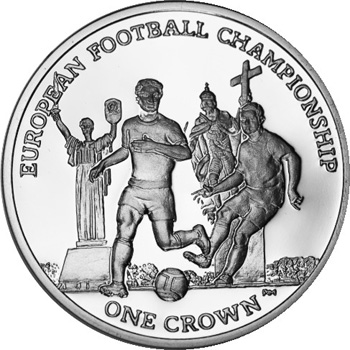 Coin 3. The Cathedral of the Transfiguration of Jesus in Donetsk and the Raclawice Panorama in Wroclaw. 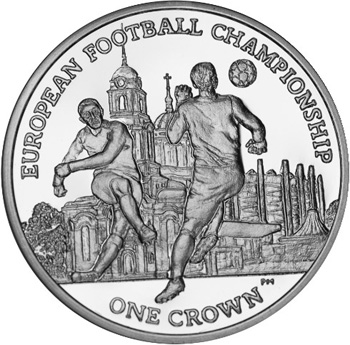 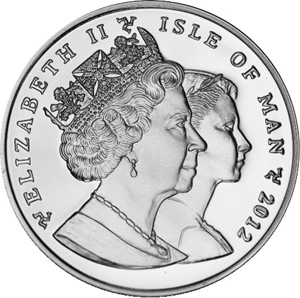 The obverse of the coin which was specially commissioned for the Golden Jubilee and depicts H.M. Queen Elizabeth II shown in a double profile, conjoining a contemporary and the first numismatic portrait used in 1953. For the first time, the Isle of Man Government will be issuing a half crown denomination in silver with a diameter of a traditional crown.

For more information on these and other coins struck by the Pobjoy Mint, please visit their website at: http://www.pobjoy.com/ukworld/page.php?xPage=index.html