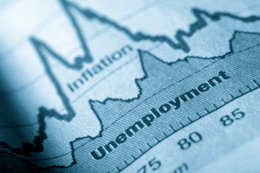 I apologize for the three week hiatus in columns.  First, I took advantage of an unexpected opportunity to present a success story on how to revitalize Michigan’s economy to a gathering of the state’s “movers and shakers.”  This was followed almost immediately by a family medical concern which pulled me away from work a significant part of the last two weeks.

However, this gap has allowed me time to do more long-term reflection.  Upon multiple occasions over the past few weeks, President Obama has referred to the US economy as “recovering.”  When presenting fresh economic data that is terrible, he refuses to change his theme, instead saying that the “recovery” is hitting a slow patch.

The title of my weekly radio program is “Things You ‘Know’ That Just Aren’t So, And Important News You Need To Know.”  That title applies perfectly to the pronouncements coming out of the administration.  Let me quickly review some of the economic information that, as bad as it appears, is really worse that what people realize.

Sad to say, there are plentiful examples of misleading economic statistics.  To keep this to a reasonable length, I will only cover three major themes:  jobs and unemployment, inflation and consumer price increases, and the residential real estate market.

Let’s start with jobs and unemployment.  The latest monthly report said that 54,000 new jobs were created and that the unemployment rate was little changed from the month before.  Well the increase of 54,000 jobs is false.  As part of this figure, the US Bureau of Labor Statistics (BLS) includes a Birth/Death adjustment.  This occurs when the BLS compiles data on the number of jobs, then adds a fudge factor attributable to the fact that the population of the US is growing. The result effectively double counts many new jobs.  The statisticians at the BLS acknowledge this error, so in January every year, there is an annual correction to offset the cumulative error from the previous eleven months.  By the use of the Birth/Death adjustment, the BLS added 206,000 jobs for May.  If you subtract that from the reported increase of 54,000 jobs, you actually have a decline in employment of 152,000.

Beyond the raw numbers are two more important conceptual deceptions in the jobs report.  First, the unemployment rate only includes people who are defined as actively looking for work.  If someone is unemployed for a long period of time, the BLS simply considers them as no longer looking for work and stops counting them among the unemployed.  According to the BLS, the average time that a job seeker is out of work has risen from approximately 17 weeks when Obama became president to 25 weeks now.  What that means is a huge rise in jobless people who are not considered by the BLS as being unemployed.

Second, over the years, the BLS changes their definitions of employment and unemployment.  If the BLS tabulated unemployment using the same methodology they used in the 1980s, as calculated by researcher John Williams at his www.shadowstats.com website, the US unemployment rate would now be reported as more than 20%!

To summarize, the jobs and unemployment statistics, when analyzed accurately, show a bleak picture for the US economy.  This is why the BLS reports that the percentage of employable people who actually have jobs is now at the lowest level in decades.

The BLS reports that “core” inflation has roughly doubled from year ago levels.  First, notice that this data only includes the prices of consumer goods that have not increased significantly in the past year.  This data excludes the impact of rising food and energy costs, as though consumers do not use such goods.

Last, consider the reports on residential real estate.  The monthly Case-Shiller report states that residential real estate prices have dropped to their lowest levels in several years.  Home prices that are continuing to fall are not signs of economic recovery.  However, the correct data is even worse than the Case-Shiller report.  The Case-Shiller report specifically excludes from its statistics the prices of homes sold by banks that have repossessed them or foreclosure sales.  Such selling prices tend to be well below the levels of the homes included in the Cash-Shiller report.  Bank and foreclosure sales now constitute about 35-40% of all home sales.  If all home sales were included in the Cash-Shiller report, the data would be more accurate, but would also paint a worse picture of this major part of the economy.  It definitely would not show an economic recovery.

Even reports of the number of homes where the occupants are delinquent in their payments or are in foreclosure proceedings are understated.  Troubled mortgages are not counted until the lenders take action to pursue overdue payments.  I have seen anecdotal reports of people who have not made payments on their home mortgage for up to five years and have not yet been contacted by their bank or mortgage company to resolve the problem!

When people don’t have jobs, they become more frugal with their finances.  Just today, the latest monthly report on consumer spending shows the first decline of total spending in the past year.  However, if you reduce the current spending by 10% to reflect the increase in consumer prices in the past year, that shows a spending decline far beyond what the public is being told.

Rising prices hit consumers in their pocketbooks and wallets.  Even though the US government is reporting data that shows prices little changed from a year ago, most people are aware that they have to spend much more for food and gasoline.  They are not seeing their incomes rise as much as their cost to maintain their standard of living.

When you add to these factors that the general public feels less wealthy as the value of their homes continues to fall, it is easy to understand why most people cannot see signs of the “economic recovery” proclaimed by President Obama.

The truth is that the US economy is still declining, no matter what the president or other top officials say.  This decline will continue to be reflected in an ever weaker US dollar.  Owning physical gold and silver is one way that people can protect themselves from future calamities in the US economy and dollar.  Precious metals have protected people from economic havoc over thousands of years and will continue to do so into the future.