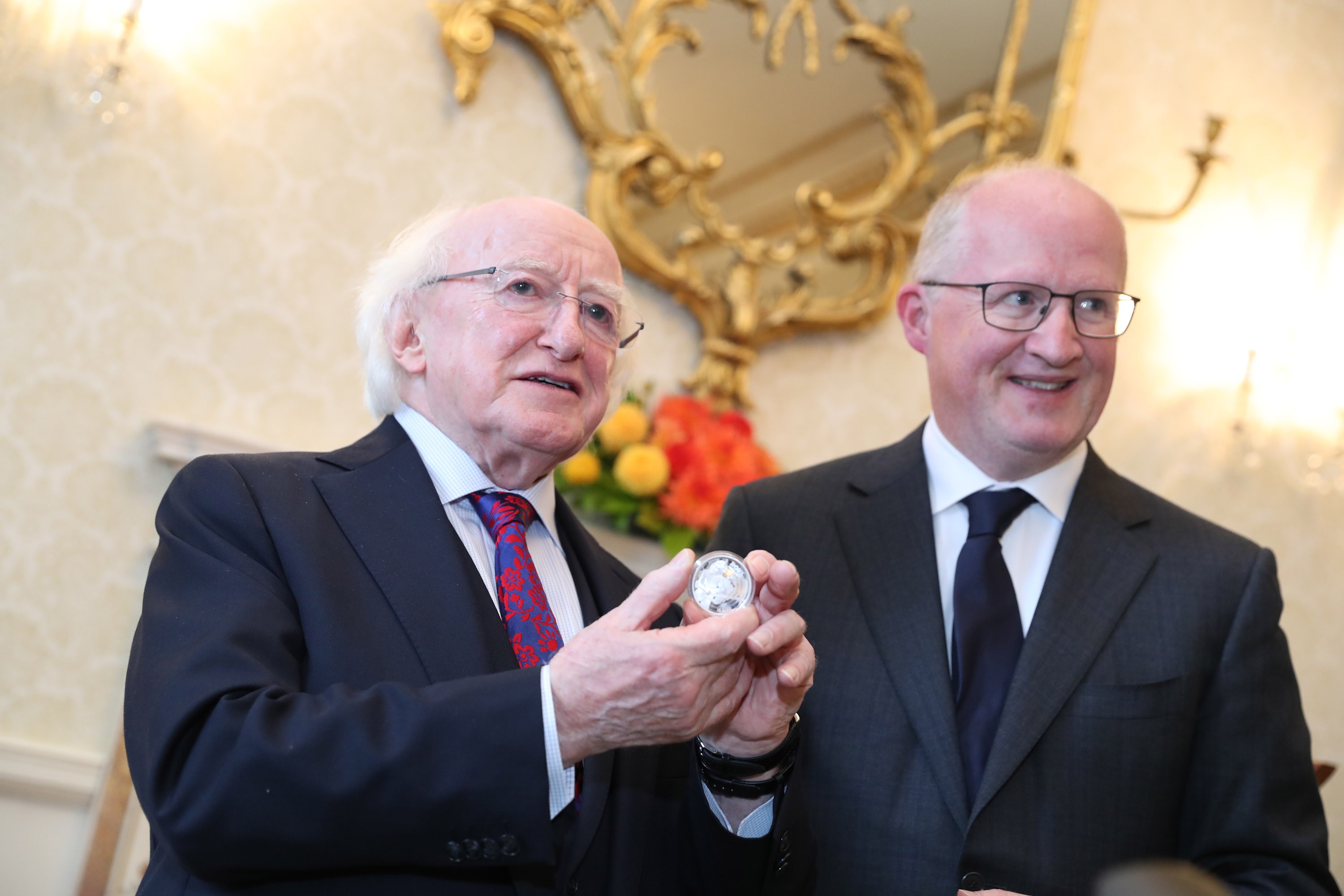 The Central Bank of Ireland has officially unveiled and launched their new silver collector coins which feature singer Rory Gallagher (1948–1995) that are the first in a three-coin series entitled “Modern Irish Musicians.” 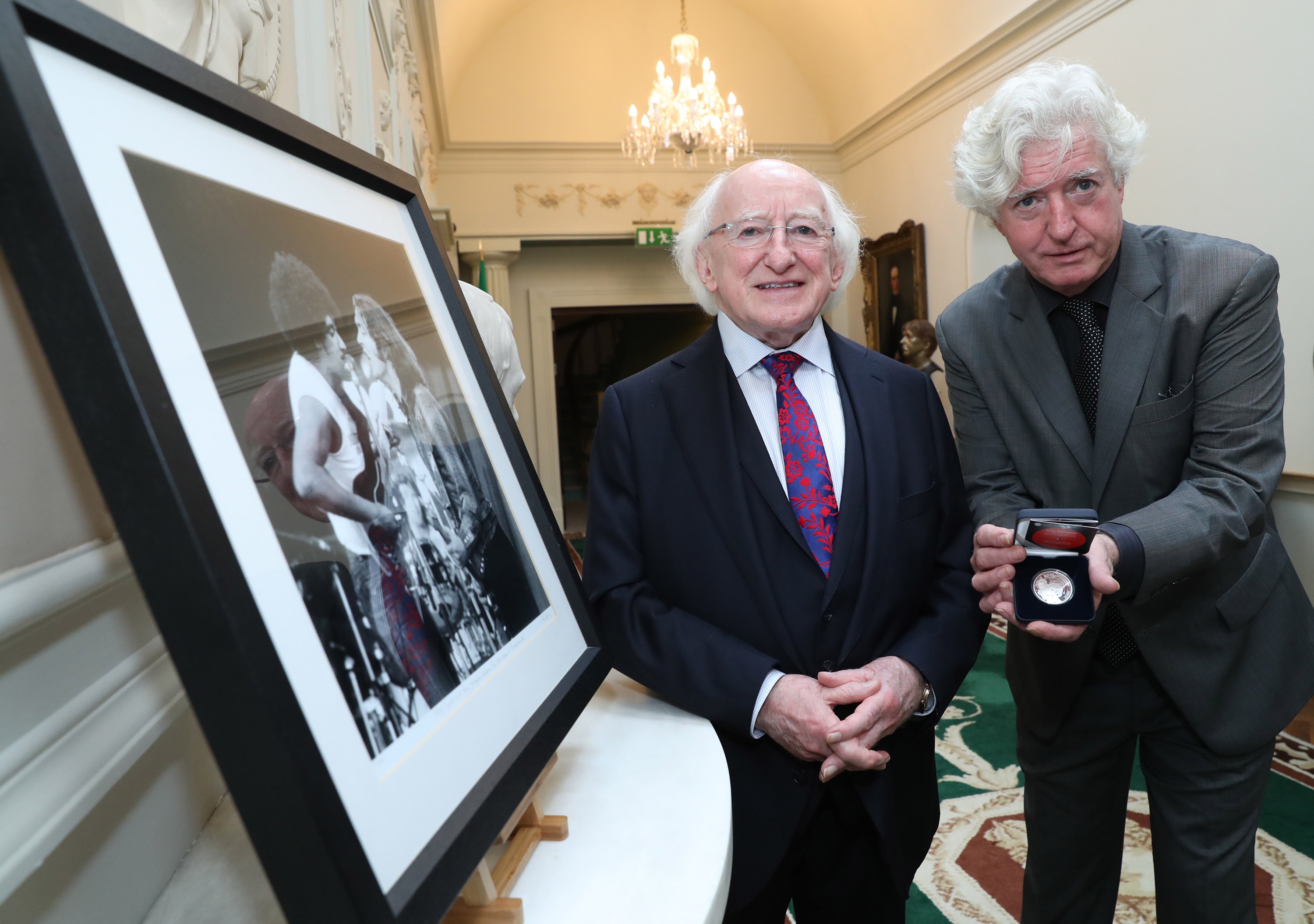 The coin commemorates the world-renowned musician with an image of Rory Gallagher playing the guitar against a backdrop of a vinyl record over an image of a map of the world. The official unveiling was held at the Irish president’s official residence of Áras an Uachtaráin, where Central Bank Governor Philip R. Lane presented the Rory Gallagher silver coin to President Michael D. Higgins. Also part of the presentations was Rory Gallagher’s brother, Dónal Gallagher, as well as the designer of the coin Michael Guilfoyle, who received the third strike from the new series.

During the president’s comments to those assembled to watch the presentations, he stated:

In our time, I would ask what better symbol could we find for our creative, artistic, freedom-loving country than an image of one of our most iconic musicians, Rory Gallagher? I am so pleased that the Central Bank, assisted by the Numismatic Advisory Committee and spurred on by members of the public, decided to honour and commemorate Rory in this way. 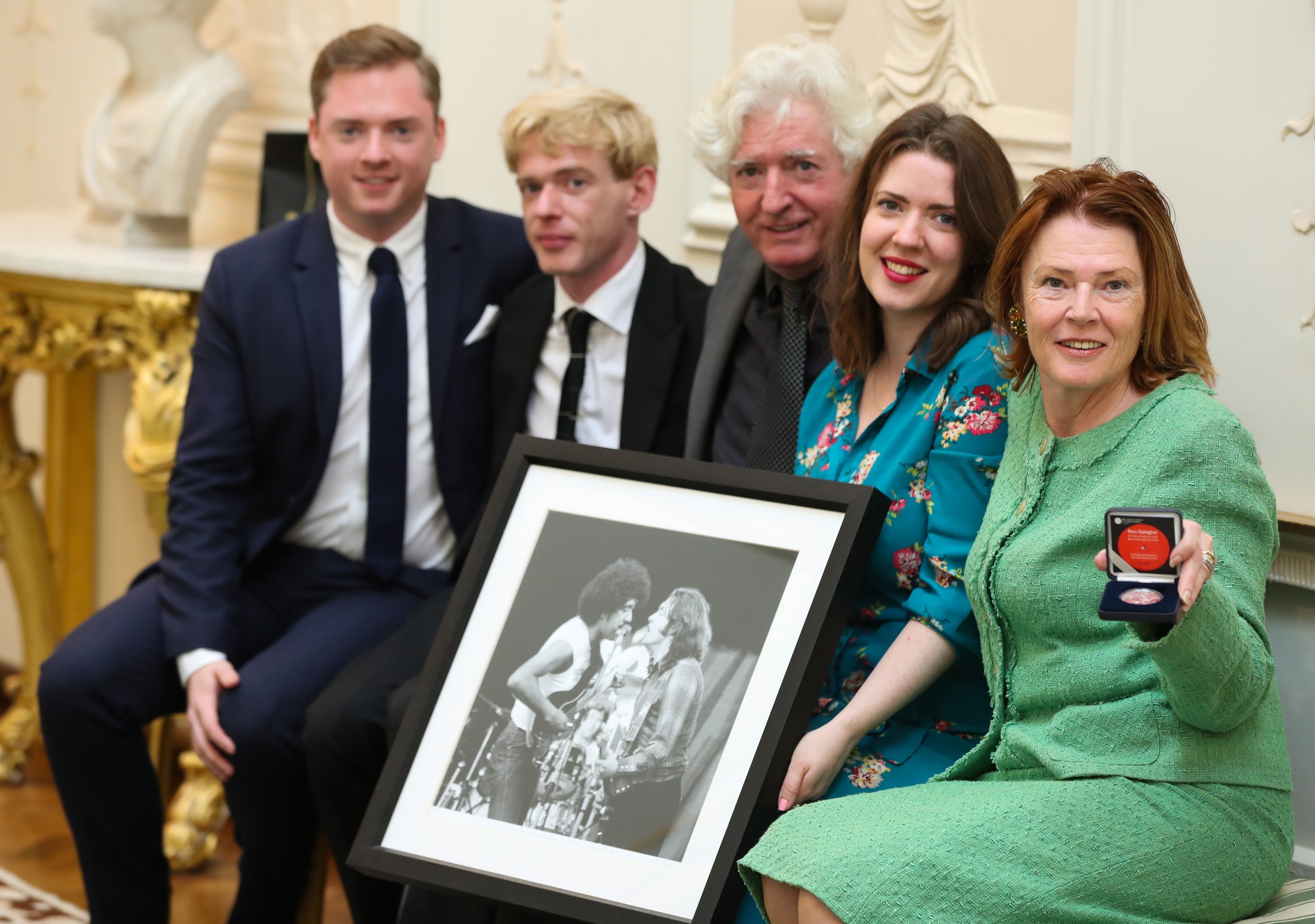 As part of his comments on the day and the ceremony, the president thanked Michael Guilfoyle personally for the design as well as the Royal Dutch Mint, who produced the coins on behalf of the Central Bank of Ireland. Finally, before the presentations, President Higgins made mention of Dónal Gallagher, surviving brother of Rory and added that as having been a wonderful custodian of the memory and legacy of Rory, the president thanked him for his input regarding the design of the coin.

Born in Ballyshannon and spending much of his life in Co. Cork, the self-taught musician became an internationally acclaimed folk hero. Gallagher formed the trio band Taste in the 1960s with songs in the genre of blues, rock, and R&B. After Taste disbanded, Gallagher went on to tour worldwide on his solo career and released many albums, including Tattoo, Against the Grain, and Live in Europe. To date, over 30 million copies of his albums have sold worldwide.

Described as a soft-spoken Irishman, he was characterised by his flowing locks and trademark working man stage clothes which were in contrast to other performers in his day, who tended to perform with a more costumed persona. Gallagher became a virtuoso who forged a musical revolution in his native land, shunned the traps of fame and stardom, and yet still became an internationally acclaimed musician whose name became synonymous with contemporary Irish music.

Rory’s end came far too soon, when, after collapsing onstage in Rotterdam during a performance in January 1995, he was hospitalised in London and diagnosed with liver failure. Following a successful transplant operation, he seemed to be recovering, but he caught an infection and died in June 1995. For many, his music, and what would be regarded by many as the voice of Ireland, had been silenced well before his time. He was just 47-years-old. 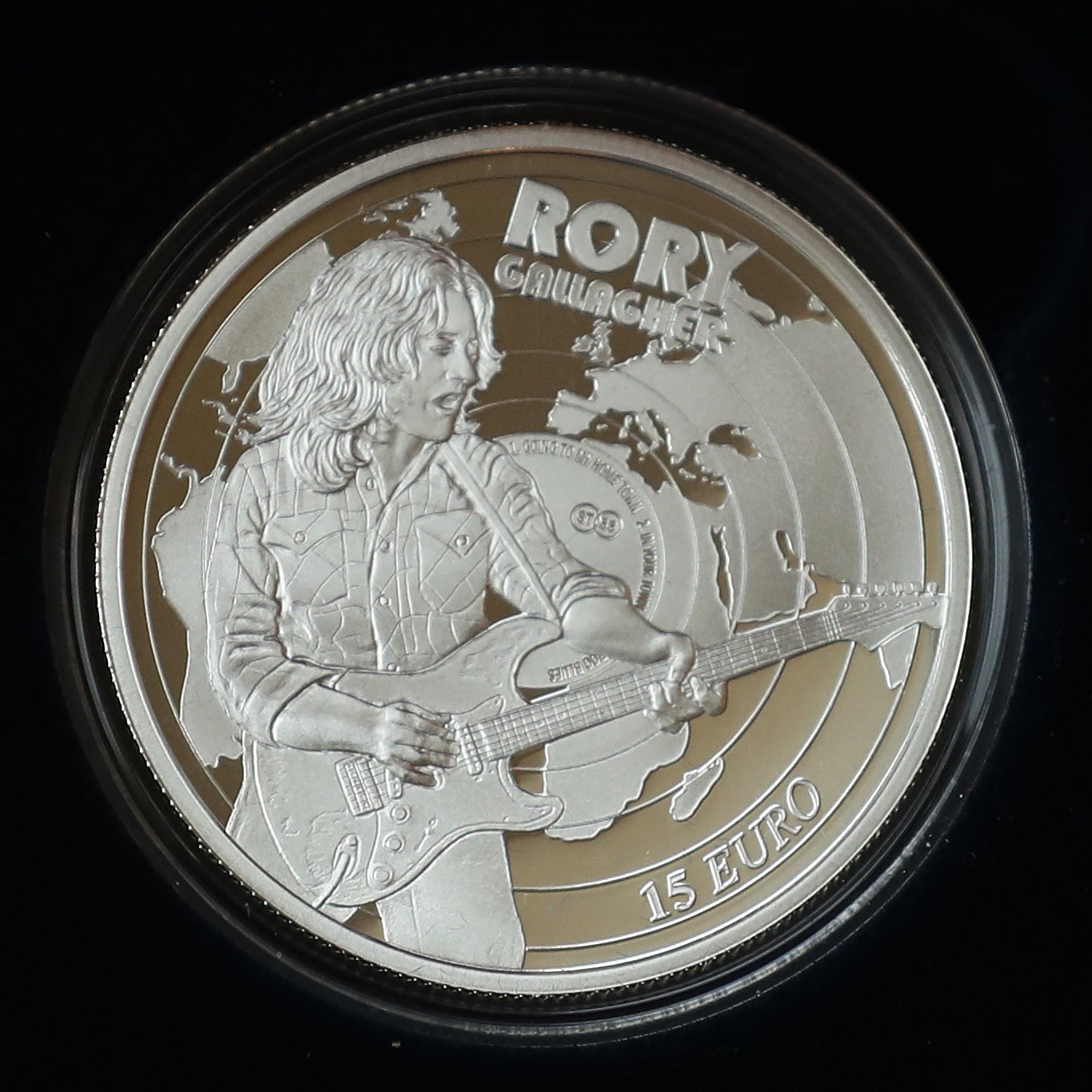 The coins are available on the 18th September and are encapsulated and presented in a custom Central Bank of Ireland-branded case, accompanied by a certificate of authenticity. The Modern Irish Musicians series will include silver coins commemorating Phil Lynott in 2019 and Luke Kelly in 2020.

For additional information about these coins and others issued by the Central Bank of Ireland, please visit their website.