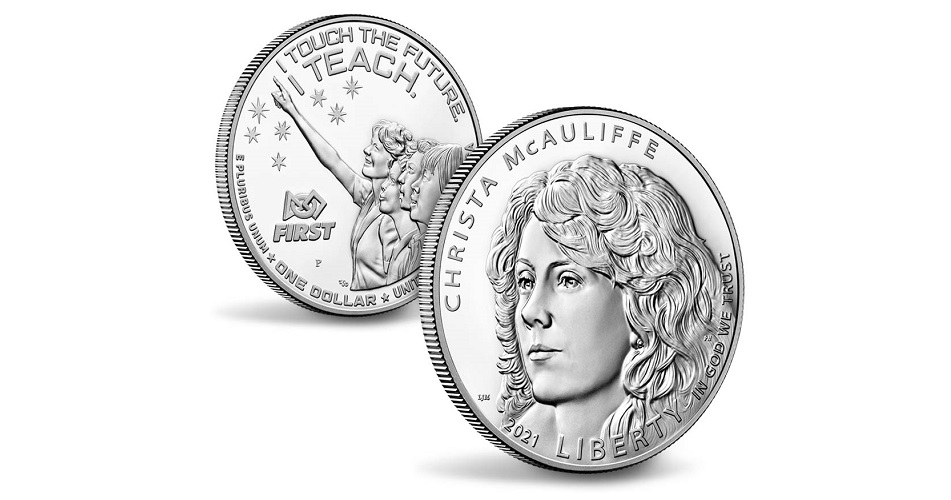 Dean Kamen, a key figure alongside members of New Hampshire’s Congressional delegation in the creation of the Christa McAuliffe commemorative silver dollar, recently vented his frustrations in an article on the New Hampshire Union Leader:

I guess I just assumed that it would be a huge, huge point of pride, and everyone in the state would want one. . . And certainly, every school would give one to at least one teacher.

I just assumed everybody’s going to want one of these things.

In 2019 Congress approved the commemorative coin honoring Christa McAuliffe, and President Donald Trump subsequently signed the bill into law, with the Treasury issuing the silver dollar earlier this year. McAuliffe, a high school social studies teacher, was the first participant in the National Aeronautics and Space Administration’s Teacher in Space program. She and six astronauts tragically lost their lives in the Space Shuttle Challenger flight on January 28, 1986.

In response to a lack of interest in the coin among New Hampshire’s residents and the upcoming deadline of the coin’s minting coming to a close at the end of this year, Kamen made it a priority to publicly issue a call to action. He suggested the formation of a “Christa McAuliffe Commemorative Coin Committee” and stated his willingness to work with any available group ranging from teachers’ unions to PTAs.

The reverse (tails) design depicts McAuliffe as a teacher, smiling as she points forward and upward, symbolizing the future. Three high school-age students look on with wonder. The seven stars pay tribute to those who perished in the Challenger tragedy. Around the border are the inscriptions “I TOUCH THE FUTURE. I TEACH.,” “E PLURIBUS UNUM,” “ONE DOLLAR,” and “UNITED STATES OF AMERICA.” The FIRST organization logo is included in the design. The reverse design was created by AIP Designer Emily Damstra and sculpted by Chief Engraver Joseph Menna.

2021 Christa McAuliffe commemorative silver dollars can still be purchased at the Mint’s website.

To read the rest of the article on the New Hampshire Union Leader, please click here.