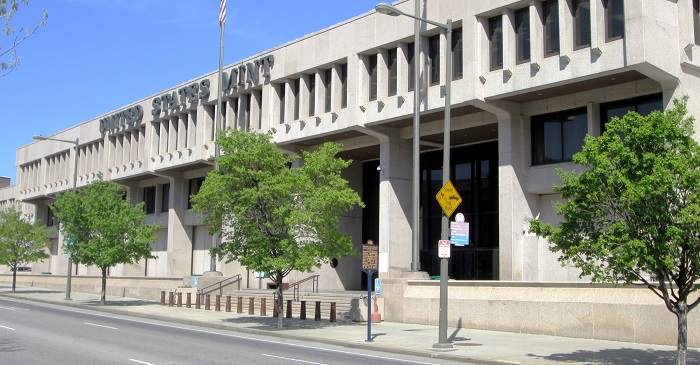 I recently interviewed Todd Martin, a member of the United States Mint’s leadership team serving as the Acting Chief of Corporate Communications, about the forthcoming design changes to the American Silver and Gold Eagle coin programs and current legislation to create a series of quarter dollar and other coin programs starting in 2022. I wanted to clarify some points relating to these programs, including the impetus for the proposed new programs and other issues.

On October 21, the U.S. Mint unveiled new reverse designs for the American Silver Eagle by Emily Danstra showing a bald eagle grasping an oak branch in its talons as it prepares to land, and a new reverse for the American Gold Eagle by Jennie Norris that features a left-facing profile of an eagle’s head. Both artists are members of the Artistic Infusion Program, whose coin designers and medallic sculptors work with the staff of the Mint to create and sculpt coin designs.

Louis Golino: “I read that the new eagle designs will appear on bullion and collector coins by mid-2021. Previously I had heard they were going to start with just the bullion. I would appreciate it if you could clarify whether the current plan means the bullion coins that normally debut in January will be delayed until mid-year? Or will the existing designs be used for the first half of 2021?”

LG: “Will the new designs appear on all collector coins issued in 2021? And are there any plans for a special eagle set or sets for the 35th anniversary?”

TM: “The Mint is privileged to connect America through coins and medals, which reflect the remarkable history, values, culture, diversity, and natural beauty of our Nation.

The redesign effort is an opportunity for the United States Mint to build on its heritage of artistic excellence and we are pleased to introduce dynamic and innovative reverse designs that complement the timeless classicism of the obverses of the American Eagle Gold and Silver Coins.

LG: “Can you today say anything about the enhanced security features, or do we need to wait until the coins are released for that?”

TM: “The United States Mint will be issuing communications in the coming months regarding some of the overt anti-counterfeiting features.”

LG: “Is the new American Gold Eagle reverse design the first design by Jennie Norris’ that was selected for a U.S. coin?”

TM: “The American Eagle Gold reverse is the first design created by Jennie Norris that was selected for a U.S. coin.”

LG: “I recall reading last year that the Mint did some surveys and I believe focus groups with collectors, which resulted in youth sports and animals as well the 250th anniversary of our founding as the most popular topics for new quarters.

The House bill (H.R. 1923, the Circulating Commemorative Coin Redesign Act of 2020, which passed on September 23 in the House and action is waiting on the Senate companion bill) dropped the animal theme and added sports for disabled individuals (including half dollars) and prominent American women, while keeping the other two topics. It also calls for issuing Olympic medals for the 2028 games to be held in Los Angeles and silver versions of the various quarters, including five-ounce and fractional coins.

In my discussions with collectors and from what I have read on blogs and in editorials in coin publications, there does not appear to be much support for these themes with the strong exception of the 250th-anniversary coins.

Can you please elaborate on how the Mint came up with its proposed themes as well as whether you worked with the Congress to help shape the bill, especially in terms of the particular themes now proposed?”

TM: “The Mint conducted extensive public surveys (including collectors and non-collectors) on themes and length of programs. The original bill included first four years of uniquely American animals quarters/American endangered [species] half dollars; 250th [anniversary of the founding of the America Republic in 1776 in 2026]; and four years of youth sports quarters/Paralympic half dollar along with a commemorative coin for 2028 Summer Olympic Games and authority to design and mint Olympic medals.  There was also a bill for State/Territories/DC for Prominent American Women and strong interest on the Hill.”

“The Mint worked with those cosponsors to come up with the current legislation that reflected congressional efforts.  The legislation that has passed the House and is pending in the Senate did replace the animal theme with 4 years of Prominent American Women quarters; 250th with modification to original language to have one of the quarter designs depict women; retained original sports theme quarter/half dollar; and the authority to do Olympic medals.  The [Olympics] commemorative coin was removed and will be introduced as a stand-alone.

It is important to note the half dollar Paralympics was always part of the sports theme with youth sports.”