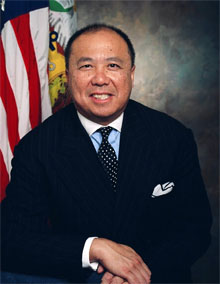 Editor’s Note: Michael Alexander of the London Banknote and Monetary Research Centre interviewed Edmund Moy, Director of the United States Mint during the World Money Fair held in Berlin Germany from January 29-31, 2010. The interview will be published in two parts. In part one, Ed Moy discusses the coin programs for 2010, the half dollar denomination, circulation of the dollar coin, and the 2009 Bicentennial Lincoln Cents.

American coins are known and loved throughout the world, and the United States Mint is arguably one of the most well known and respected Minting entities internationally. Ed Moy is the 38th Director of the United States Mint since 1792 and was appointed by former President George W Bush in September 2006. Moy was confirmed by the Senate for a five-year term and continues to serve at the pleasure of the current sitting President.

I had the opportunity to sit down and speak with the charismatic US Mint Director while he was attending the 39th annual World Money Fair in Berlin, Germany. This year, the United States Mint received the COTY award for “Most Popular Coin” (American Silver Eagle), and Moy was on hand to receive the award personally.

Michael Alexander: It’s a real pleasure speaking with you today. The United States Mint is one of the most respected Mint institutions in the world. Can you tell readers how it feels to head such a well known and recognized entity?

Edmund Moy: That’s a very good question. Three things pop into my head. First, it’s an honor to serve. There have been 38 Mint directors including myself since 1792, and I frequently tease the Secretary of the Treasury over this. There have been more than 70 secretaries in his post over the same period and only 38 Mint Directors! Second, what keeps me up at night is it’s a great responsibility. You don’t want anything bad to happen on your watch while trying to inject new life and design into numismatic products. Third, with the bullion market, we’ve now become the world’s largest bullion producers, and we’ve also had to manage this growth. But overall, it’s an honor and a big responsibility, and also fun! 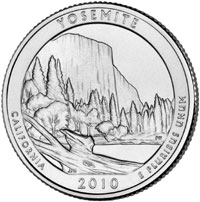 MA: 2009 was an extraordinary year for the U.S. Mint. There were new programs announced such as the new National Parks Quarter series and the Native American Dollars for 2010. Do you think these two programs will see the same kind of success that the amazing States Quarters have?

EM: Well, the State Quarters created a very high bar for any future project. At the end of the series, 147 million Americans were collecting them, and we minted over 35 billion quarters in order to satisfy both the commercial and collector demand, which is a lot of quarters! But the program didn’t start off that well; it took off slowly, and it wasn’t until the end of the second year or the beginning of year three when the program started to come together. The challenges I see for the National Parks Quarters will be in design. A lot of people world-wide have great affinity with our national parks such as Yellowstone and Yosemite, and the designs are going to have to reflect enough of each site that when someone looks at the coin, they’ll be able to say, “I’ve been there, I know this place.” So, our artists are rising to that challenge.

Another challenge is that when the State Quarters began in 1999, there was a bit of an economic boom in the U.S., and the start of this program is during one of the worst economic recessions world-wide. When the Federal Reserve looks at these coins to determine the number to order from us, they’ll be viewing them more as a means of commerce and less for their numismatic appeal.

MA: Might this be an advantage to the collector if there are substantially fewer of the Parks Quarters than there were of the States Quarters?

EM: Yes, because these quarters will be relatively rarer, though still with mintages for a population of 300 million. In the past, we figured out the right number for the quarters were about 350 million to 500 million per State Quarter with five produced per year. In a downward economy, we will be striking much less.

MA: The half dollar also sees very little circulation, was there ever a consideration to use this denomination, “50 cents for fifty states” for any of these programs and do you think the half dollar has a future as a circulation coin?

EM: Well, I was sworn in on September 2006 so I don’t know if there was any consideration for this, but looking into records for this period, the program began in 1999, and the congressional debate concentrated on the quarter, the half dollar did not come up as the coin to use for this program . You know, we have not minted a half dollar for circulation since 2002 and the ones which are included in collector sets are minted yearly. What’s curious about this is worldwide, Mints are being authorized to stop production of their smaller denominations and mint higher ones, and I have this experience coming here to Berlin where we see one and two Euro coins and the smallest paper denomination is the 5 Euro note. 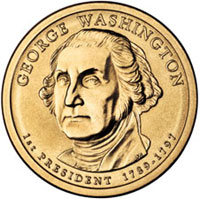 EM: I need to tackle that question from several directions. I think we’re creatures of habit and as such, are very used to the dollar bill. At the same time, what you see dollar coins being used for are coin-intensive transactions. When you pay a parking meter, take public transport and the like. The New York City subway, for instance, uses ten million one dollar coins, this is where Americans find them useful. The Presidential Dollar Program has focused on two things. One is penetrating further into coin-intensive transactions, and two, penetrating into cash transactions such as quick service restaurants and discount stores. Another thing we have to look at is re-circulating the coins instead of keeping them or giving them away small gifts. The public is using them, but not intensely.

MA: Anyone who looks at this situation always comments that the dollar coin would circulate if the dollar note was simply retired.

EM: Americans do like choice, and Congress has been very specific on the subject: They want the dollar coin and the dollar note to co-exist and let Americans decide which form of currency to use and which is most convenient for them. What I’ll also say is the U.S. Mint hasn’t done a good enough job in the past illustrating and informing Americans about where and when the dollar coin is more convenient to use, so we need to do better on that. This dollar coin is better than past programs but there’s still room for improvement.

MA: Now, about the smallest value coin. Will the one cent coin be dropped from circulation in the U.S.? We hear it costs much more to produce than its actual face value.

EM: If you asked me about this six months ago, I would have said we were breaking even on the production of the penny. Now, it costs us roughly 1.6 cents to produce, and it might cost us a lot more in the future. When you look back to find legislation to discontinue the half penny or the two or three-cent coin, there were hardly any laws passed which specifically discontinued these coins. They were simply discontinued by the Mint because they were no longer in demand. There are two ways to “get rid” of coins. One is by low usage and the other is by a law being passed. Since we just celebrated the two hundredth anniversary of the birth of Lincoln with our commemorative one-cent coins, I don’t think the penny will be leaving us anytime soon. There is a lot of emotional attachment to this coin. 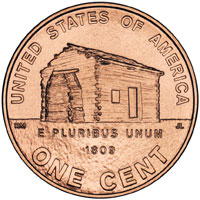 MA: How successful was the commemorative 2009 Lincoln Cent program, and how was the decision made to mint this coin with a new reverse?

EM: You know, that’s really part of the history of the one-cent coin. The Lincoln Penny was issued in 1909 for the centennial of his birth, which was America’s first circulating coin to portray an actual person. The “wheat” reverse was used at that time but in 1959, the Mint changed the reverse to the Lincoln Memorial, which was used until 2008. Congress voted to issue four new commemorative reverse designs illustrating four phases of Lincoln’s life in honor of the bicentennial of his birth in 2009. The purpose of these commemoratives and the new reverse was to remind Americans who Abraham Lincoln was. In 2009 we were in the midst of a recession and since the Federal Reserve hadn’t ordered as many cents, there was a relative scarcity. Whenever we launched the commemorative cent, thousands of people lined up to buy rolls of them.

The interview will continue next week in part two of this article, which covers the decision not to produce the 2009 Proof Silver Eagle, U.S. coin designs, Commemorative Coins, and the international coin market.

Read Part Two of the interview.