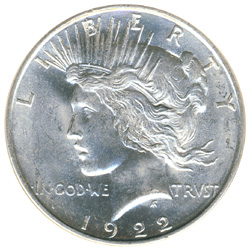 CoinUpdate and CoinWorld columnist Dr. Michael J. Bugeja was sworn into the Citizens Coinage Advisory Committee (CCAC) during their meeting on July 26th, 2011 in Washington, D.C. He is a professor and director of the Greenlee School of Journalism and Communication at Iowa State University. Prior to 2003, he taught media ethics, magazine writing, and news writing for 18 years at Ohio University’s Scripps School. Dr. Bugeja was happy to answer a few questions on his coin collecting experiences and his thoughts on the U.S. Mint and CCAC.

My earliest memory has to do with one of my uncles, Bill Tomlin, who came to visit us each week from New York City. I lived across the river in Lyndhurst, N.J., and would wait for him by the bus. I must have been 7 or 8 years old. Each time he stepped out of the bus, at our station, he would give me a Morgan dollar or Peace dollar.

I got interested because there was a coin shop in my neighborhood, and the owner was very kind to me. I asked my father to pay my allowance in cent rolls from the local bank, and each Friday night I would look through them for Wheaties for my penny board. I filled in all but the semi-keys and key dates, which I purchased about 10 years ago and gleefully put into that board, which is in my bank box and which I will leave to my children as legacy.

I collect Morgan and Peace dollars, primarily, along with key dates. I’ll say here what I always do when discussing my collection. Any collection worth more than $250 should be in a bank box and not in the home. Mine is there, and I visit it often when I upgrade a certain dollar.

Well, I have many. I love my Fugio cent, which I purchased for $280 from Heritage and which grades genuine for corrosion, even though all the lettering and devices are clear and smooth. I keep it in the slab for protection. Also, I love Maundy coins and have three sets in their original tiny Victorian boxes. I wrote about them in two recent columns.

I just wrote an op-ed for Coin World about youth numismatics, noting a few things that the US Mint does well. Every parent should check out its “History in your pocket change,” and bring that to the attention of elementary school teachers. The US Mint produces quality coins and commemoratives under regulatory conditions (i.e. laws enacting coins, stating what they must contain/commemorate, etc). And in this light, its sculptors, artists and engravers do a wonderful job, rising above what others might find restrictive to produce collectible coins. 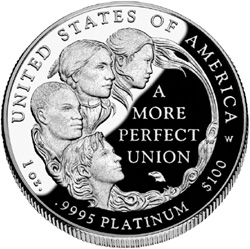 What can be improved, and what I hope to bring to the CCAC, concern two topics near to my heart: 1., the three-sided canvas of a coin (i.e. obverse, reverse and edge). Some of our worst coins contain conflicting obverse and reverse, as in the 1979-81 and 1999 Susan B. Anthony dollar, with her portrait on the obverse and the Apollo 13 moon/eagle landing on the reverse. You can see some of this in a few commemoratives. The obverse and reverse must harmonize according to convention, with the edge as frame, and each side has a historic and numismatic convention that may seem basic but that occasionally can be overlooked. 2., the depiction of women on US coinage. I just wrote about that for Coin World, titled “Lady’s Lib,” and assessing depictions of our iconic Lady Liberty over the years, from brave and wind-blown patriot to coiffed lady and, finally, to tiara-ed and sashed queen. This, however, I believe, already is on the US Mint radar as I have seen stunning designs featuring women, with my favorite being the 2009 Platinum Eagle reverse. This, I feel, is one of our most beautiful coins.

I simply applied and sent in my credentials. I found the entire process educational, proactive and enlightening. The staff of the US Mint, and particularly Greg Weinman, were helpful, patient and encouraging—just what I try to be when screening applicants for positions at my university. I couldn’t be more pleased.

I have read all its reports and believe it understands what the challenges are and how to overcome and improve them. We need designs that inspire via our core values, such as Liberty, in a new Renaissance of design that features coins with fewer (busy) devices, higher relief and obverse/reverse harmony. I would like to see the US government give more freedom and autonomy to the US Mint and allow its talented artists, sculptors and engravers—some of the best in the world—the license they need to produce coins that rival St. Gaudens and Laura Gardin Fraser, just to mention two of my favorite designers.

I consider this a public service and am honored, extremely so, to be a member of this important panel. I am also a National Endowment for the Arts fellow. I won an NEA Award for fiction in 1990, the same year as the Mapplethorpe controversy. I mention this because my story, “The Orange Habit,” is in part about a boy who collects cents from the local bank and is caught up in a family drama featuring his wild Aunt Luna from Malta. Long story almost novella length set in Lyndhurst and New York City, the two towns of my numismatic youth; but I mention it because of the coin collecting part and the NEA Award. I’ve published many books of poetry and fiction in addition to research.