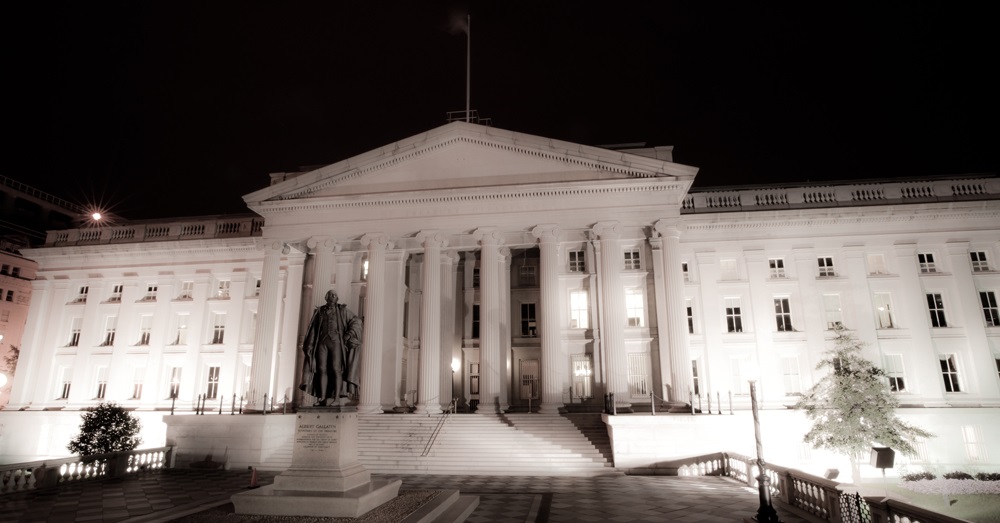 Once again, it appeared, commemorative coins that are unlikely to be popular with the numismatic community were on the way, while a program with broad support that would have allowed average collectors to see the most popular 19th-century and early 20th-century silver coins, struck to perfection using modern minting technology, would not see the light of day.

Then, on March 11, a new approach to issuing Morgan and Peace silver dollars in 2021 took root when H.R. 6192, the 1921 Silver Dollar Coin Anniversary Act, was introduced by Rep. Andy Barr (R-KY06). It has 17 original co-sponsors who supported the bill as of the day it was introduced — a much stronger debut than last year’s legislation, H.R. 3757. Unlike a commemorative coin bill, this one could pass with a simple majority — a much more accessible goal than the two-thirds of each house of congress required as co-sponsors for commemorative coin programs.

The new proposal seeks the issuance of Morgan and Peace silver dollars to mark the centennial of the transition in 1921 from the Morgan dollar series to the Peace dollar series, which paralleled the American transition from westward expansion and industrial revolution in the 19th century to its coming of age as an international power in World War I. Instead of being commemoratives, the new silver dollars would be struck in 2021 as legal tender coins.

The new plan is the brainchild of Pennsylvania Association of Numismatists President Thomas J. Uram, who is also chairman of the Citizens Coinage Advisory Committee, and Michael Moran, another current CCAC member and also a noted numismatic author and researcher. Mike told Coin Update:

Issuance of the coins may occur beginning January 1, 2021. The specifications call for the dollar coins to contain at least 90% silver. These two clauses leave open the possibility that these dollar coins can be minted after 2021 and that their silver content can be increased to the level of the American Silver Eagle if the mint desires.

Tom told Coin Update that although the proposed program has no end date, the Mint does not currently have any intention of creating an ongoing program and issuing coins after 2021 — bullion or otherwise. He said the bill’s language is intentionally broad to give the Mint flexibility.

What has also been suggested is that Morgan dollars would be produced at the Denver, Philadelphia, and San Francisco mints with mint marks, a Peace dollar in high relief would be struck at the Philadelphia Mint, and coins with privy marks for the Carson City and New Orleans mints would be issued in tribute to the Morgan dollars once made at those mints. “CC” and “O” mint marks would not be possible since those mints no longer exist, and the idea floated last year under the commemorative coin plan to transport coin press to the old Carson City Mint, that is now a museum, would not be financially feasible.

Also being considered are medals with the designs of pattern pieces created by George Morgan like the famous Schoolgirl dollar, which might be included in special deluxe sets along with 2021 Morgan dollars.

The U.S. Mint has been interested in issuing new Morgan and Peace silver dollars for several years, which is hardly surprising, since, if the coins sell well, they could help offset the significant decline in recent numismatic and bullion coin sales. In March, sales of bullion coins increased sharply because of the economic calamity caused by the novel coronavirus.

Back in 2018, the Mint asked customers in a survey if they would want to see a Morgan dollar design silver medal, and last year the Mint explored issuing a 2021-CC Morgan dollar in gold, which it can do without congressional support. But that would be a very pricey coin, especially with gold spot today around $1,700 an ounce and premiums on collector coins having risen again this year. To date, there has not been much support for a gold Morgan dollar.

While it has been less than a month since the new bill was introduced, the new silver dollar plan has already been a subject of discussion among collectors and within the numismatic community. For example, Bill Gibbs, editor of Coin World, penned an April 13 editorial in favor of the program, which he called “a great alternative to the commemorative coin approach” and encouraged collectors to support the program by contacting their congressional representatives. In addition, the Pennsylvania Association of Numismatists has launched a campaign to encourage collectors to support the program.

To assist the U.S. Mint and its marketing staff and others in making decisions about the specifics of the new program, if the legislation becomes law, I surveyed a cross-section of collectors of American coins, including many who collect the original silver dollars, to see what they think about the new silver dollar plan.

Please note that at the time this survey was conducted I was under the same impression, as others within the numismatic community, that the plan was for an ongoing program that might include bullion coins.

Reactions to date generally fall into one of three categories: Those who strongly support the program; those who liked the previous idea of a commemorative coin but are not interested in an ongoing series; and those who say the Mint should stop recycling old coin designs and create new ones.

At this point, there is no way to know how many collectors share each of those views or hold other ones, but these are the key trends as seen in various online coin forums and blogs and in my discussions with other numismatists and friends who are collectors.

The Morgan and Peace dollars are the most iconic coins in United States numismatics. They remain popular with collectors even as their prices rise. I was very upset when two commemorative coin bills that are not date sensitive were passed by Congress. Thankfully, it looks like Rep. Andy Barr (R-KY) has come to our rescue.

It was introduced as a bullion bill which means that the government will keep all of the seigniorage. It would have been nice to have a commemorative bill that would raise money for the ANA. However, the bill does not have an end date. If passed, the U.S. Mint can strike bullion Morgan and Peace silver dollars into eternity.

Think about the possibilities. Each year, the U.S. Mint can create die varieties on purpose to let the public create a new catalog of the differences. They can strike dollars with different finishes including the Enhanced Uncirculated and Reverse Proof varieties. Without the $5 per coin seigniorage [that commemorative dollars would have had], it should help make the coin affordable for the average collector.

Another example of strong support for the program comes from a collector who said his “family has been collecting coins since the early 1900s since my grandfather started collecting as a child. He was born in 1895. We have always enjoyed the Peace and Morgan dollars. I am the last one standing in the family collector realm and would welcome Morgan and Peace silver dollars as either bullion coins and/or collector coins (Proof, etc.) similar to the ASEs [American Silver Eagles].”

Finally, someone who has collected Peace dollars for years said that though he would prefer to see new designs, he could embrace a one-year program of collector versions of the new silver dollars.

While this survey of collector views only provides a partial view of the wide range of opinions out there, there is clearly support for the program overall. That is especially the case for Proof Morgan and Peace dollars with mint marks issued in 2021, provided they are priced roughly in line with Proof Silver Eagles and that the Mint works creatively to develop an approach to their distribution that ensures average collectors have a chance to purchase the coins.

Please be sure to call or write your congressional representative if you want to see Morgan and Peace dollars issued next year and beyond.