Testimony delivered during a hearing of the House Subcommittee on Domestic Monetary Policy and Technology on “The State of U.S. Coins and Currency” revealed inefficiencies in the United States Mint’s procurement process for precious metals blanks. These inefficiencies have had a significant impact on the Mint’s ability to efficiently manufacture gold and silver bullion coins. 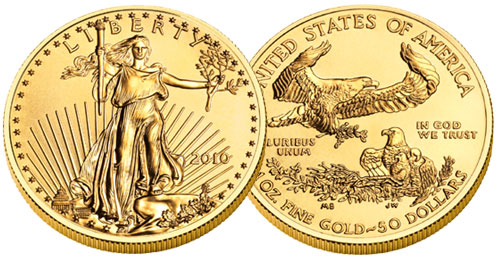 The onset of the global economic crisis caused a significant increase in the demand for physical precious metals. Since late 2008, the United States Mint has been unable to keep up with the increased level of demand, resulting in frustrations for investors and collectors.

On several occasions over the past two years, sales of gold and silver bullion coins have been suspended due to the depletion of the US Mint’s available inventory. For significant stretches of time, the US Mint has imposed an allocation program, which rations the available supply of bullion coins amongst their authorized purchasers. The production of collectible versions of the American Gold Eagle and American Silver Eagle were canceled in 2009, as the US Mint sourced all precious metals blanks supplies to the production of bullion coins.

Testimony from Michael Clark, President of Diamond State Depository, described the “heart of the problem” as the Mint’s inability to source precious metals blanks from multiple producers. According to the testimony, the US Mint relies on just three suppliers for precious metals blanks. Adding further inefficiency to the process, precious metals are shipped to these foreign suppliers to be made into blanks, and then shipped back to the United States to be minted into coins. This is the result of the legislative requirement that precious metals for the coins must come from newly mined U.S. deposits.

Separate testimony delivered by United States Mint Director Edmund Moy supports Clark’s observation about the bottleneck in the process. Moy stated, “We had no difficulty in obtaining gold, silver and platinum in raw material form, but we experienced considerable difficulty in getting this raw material fabricated into planchets by our vendors in sufficient quantities to meet public demand.”

During 2008, the United States Mint had made public acknowledgment of production problems for bullion coins and promised action. To date, no significant action has taken place.

Clark concluded his statement on the US Mint’s bullion coin programs by providing three recommendations to Congress:

1. Authorize the Mint to produce both proof and uncirculated versions of the Gold and Silver Eagle Coins, regardless of the demand requirements of the bullion coins, to ensure uninterrupted supply of the market;

2. Direct the General Accountability Office to undertake a review of the Mint’s procurement process for blanks, and seek its recommendations on what can be done to improve it; and

3. Require that the Mint procure the blanks for its bullion programs from sources within the United States by no later than 2014.