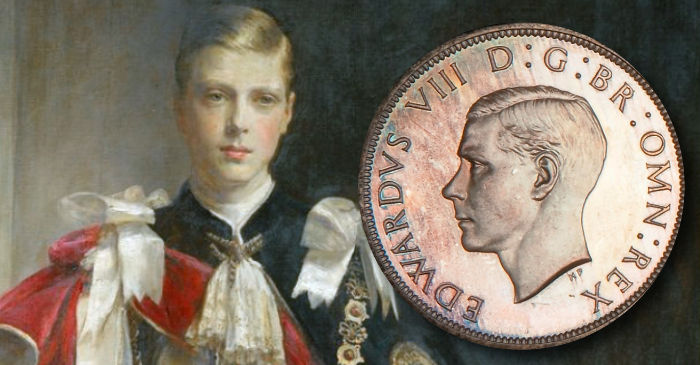 (Long Beach, California) January 10, 2018 — The first public display of a portion of the extensive numismatic treasures in the recently revealed Tyrant Collection will be at the February 22-24, 2018, Long Beach Coin, Currency, Stamp & Sports Collectible Expo and will feature a $15 million exhibit of historic English coins.

Labeled “The Tyrants of the Thames,” the inaugural exhibition in a planned multi-year series of displays from the collection will showcase more than 500 superbly preserved examples of portrait coins minted in the Thames Valley over the last 1,400 years. Among the many highlights will be a complete King Edward VIII pattern Proof set produced in 1937 by the Royal Mint. It is the only privately owned set. 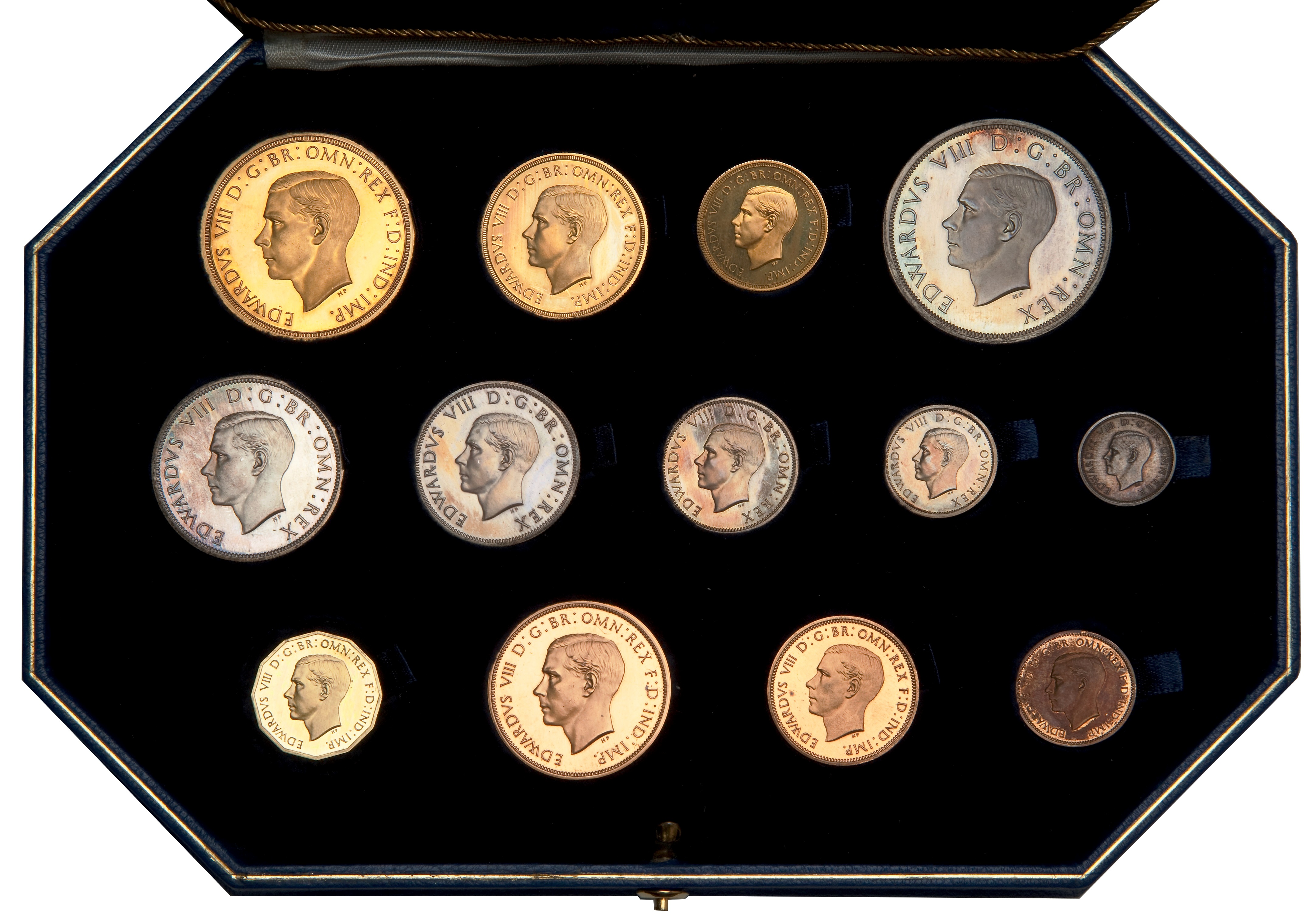 The collection’s owner wants to remain anonymous while he plans to share the coins through a series of exhibitions for their educational value.

“Because the collection includes the Edward VIII Proof set, it is the only privately held collection that contains an example of every portrait coin denomination issued by English monarchs since the early seventh century. The upcoming exhibition will showcase many of the superb quality rarities in this amazing collection,” stated the owner.

Special exhibit cases with LED lighting for easy viewing have been constructed for the exhibits planned for each of the upcoming Long Beach Expo shows over the next several years. Limited edition, illustrated hardbound, educational reference books are also in the planning stages, and these will be offered at future exhibits.

Highlights of the Treasures of the Tyrants of the Thames exhibit at the February 2018 Long Beach Expo will include:

The finest privately held example of the gold Thrysma issued by Eadbald, King of Kent (616–640 AD), London Mint, S-758, graded MS-64. This was the first English coin to carry the name of the issuing king.

Edward III, Plantagenet King (1327–1377), gold Double Leopard, S-1476, third coinage (1344–1351), graded MS-62. There are only three known examples of this historic coin, and the other two are in museums. It is described as perhaps the most important English coin in The Tyrant Collection.

George III, Hanover King (1760–1820), pattern Proof gold five-guineas by Tanner dated 1770, S-3723, graded PR-63. This is one of the rarest coins of this denomination in the English series, and another of the great treasures of the collection.

Victoria, Hanover Queen (1837–1901), graded PR-64 Deep Cameo, this is one of the finest known examples of the world-famous Una and the Lion gold five-pound piece, which was obtained by the Tyrant Collection as part of a pristine original complete set of Proof 1839 coins issued for Victoria’s coronation. It is considered to be one of the world’s most beautiful coins.

On December 11, 1936, Edward VIII abdicated his throne to marry “the woman I love.” Edward VIII then became known as the Duke of Windsor, and during his lifetime he was never able to acquire even a single English coin bearing his image.

Three of the four known complete Edward VIII Proof sets are owned by Queen Elizabeth and the Royal Mint, with one of the Mint’s two sets on long-term loan to the British Museum. A fifth set, lacking gold coins, was broken up over the years and the coins were sold off separately.

“These exhibits with different coins displayed at upcoming Long Beach Expos will be a once-in-a-lifetime opportunity for many collectors, dealers, and the public to see in person some of the world’s most significant rare coins,” added Goldberg, who provided guidance in assembling The Tyrant Collection.