This is a two-part article on how to spot mint state Franklin Half Dollars with full bell lines and proof issues with deep cameos. We provide a general guide at the top of each segment with photos and descriptions from online auctions offering lots worth bidding on and others best ignored.

The abbreviated designation “FBL,” or “full bell lines,” pertains to a strong strike especially on the reverse of a Franklin Half Dollar so that the two lines on the bottom of the bell run unbroken to the crack. Rick Tomaska, author of  A Guide Book of Franklin & Kennedy Half Dollars and a top expert on the topic, defines FBL more specifically on this link.

Franklin halves rank with Peace dollars as being one of the most difficult coins to grade because of the frequent soft strikes, especially on San Francisco mint coins. Grading them online is doubly difficult because photos often lack sufficient detail to discern FBL, let alone mint state.

Of course, you can be relatively sure that Franklins in PCGS, NGC, ANACS and ICG holders have mostly accurate designations. But they can be pricey, too. If you can spot a raw coin–and I consider “raw” any other Franklin in lesser-tier holder–that grades well, you can score an exceptional bargain on eBay or Proxibid.

The best way to show how to do this is to go through a selection of coins online and to share why I bid or did not bid on an item. (Click on any photo to expand.) 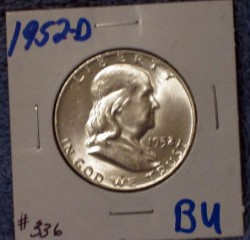 This is a typical poor Proxibid photo. But the image contains sufficient detail to look at the reverse for FBL. The left field of obverse bothers me. Right field looks mint state. That’s enough for me to check out the reverse. 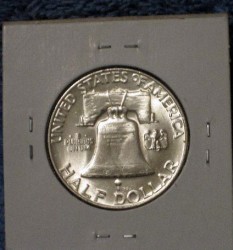 This could be FBL. Unfortunately, there seems to be a scratch or bag mark above the bell lines by the crack. So this will be a pass. I do not bid. 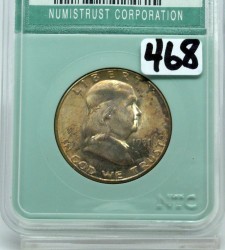 This half is from a double mint set. I’ve seen the toning before. I’m a little leery about what appears to be a rub on the nose of Franklin. But I’m intrigued enough to check the reverse. 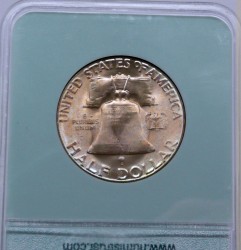 Well, this looks like a weak strike with no FBL. I’m concerned about the possible rub, and now do not plan to bid on this coin. 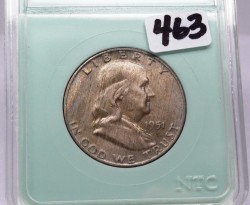 This looks like a strong strike on the obverse. It’s another double mint set coin. The toning is attractive. We’ll proceed to the reverse. 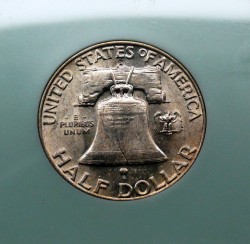 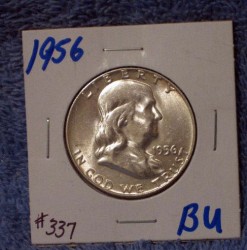 Hmmm. There’s some spotting above the date and some noise above the “In” in “In God We Trust.” Strike is weak. I’m not bidding. 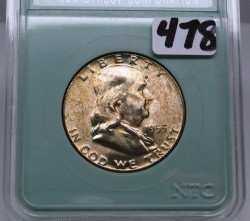 Nice toned coin with a strong obverse strike. If the reverse is similar, we might have a biddable coin. 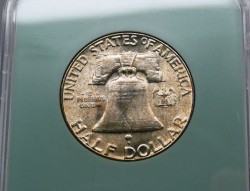 Oh, no. Some marks around the crack in the bell. And the lines don’t look so full. I’ll have to pass. 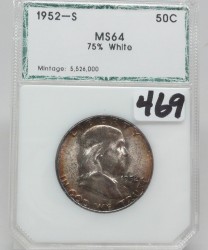 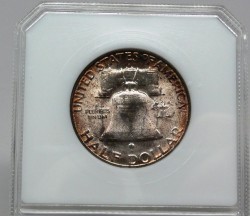 If you know your Franklins and full bell lines, share your best bidding practices with our readers … and look for our deep cameo post soon!