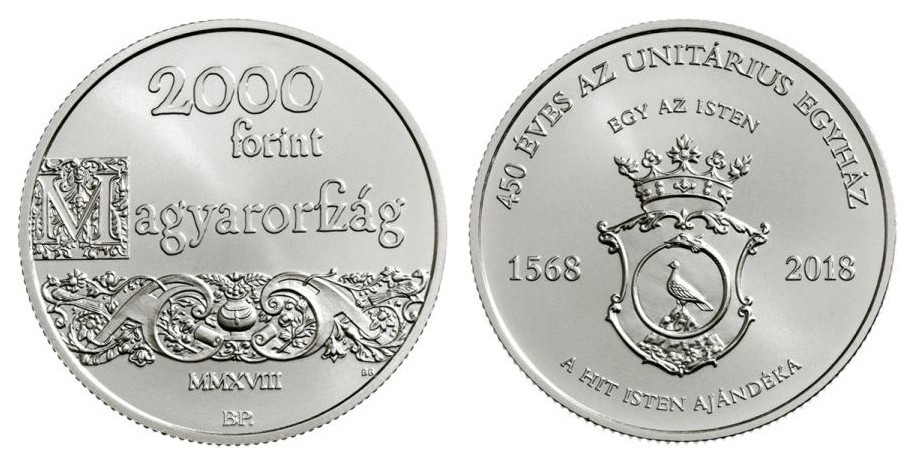 The National Bank of Hungary has issued (12th November) new collector coins in remembrance of the establishment or founding of the Hungarian Unitarian Church, which celebrates its 450th anniversary in 2018. As the only Hungarian-founded church, the Hungarian Unitarian Church considers the proclamation of the religious laws of the Diet of Torda as the marking of its establishment. The Diet was held from the 6th to the 13th January 1568, which issued an edict supporting religious tolerance. With the Edict of Torda, the various branches of the Reformation were able to freely and peacefully become independent churches, paving the way for the system of the four “received” denominations: Catholic, Reformed, Lutheran, and Unitarian. The Hungarian Unitarian Church declared 2018 the Year of Religious Tolerance, and on its initiative, Hungary’s National Assembly declared January 13th, the date in 1568 when the Edict of Torda was adopted, as the Day of Religious Tolerance. This decision also commemorates the Edict of Torda, the world’s first proclamation promoting a fundamental concept of modern democracy, the right to freedom of religion, as well as the key ideas of religious tolerance, for centuries to come.

More importantly, the document stressed the importance of a freedom from compulsion — thereby preventing the forced adherence of a belief or submission against one’s will, free debate of opinions, and freedom of individual belief. 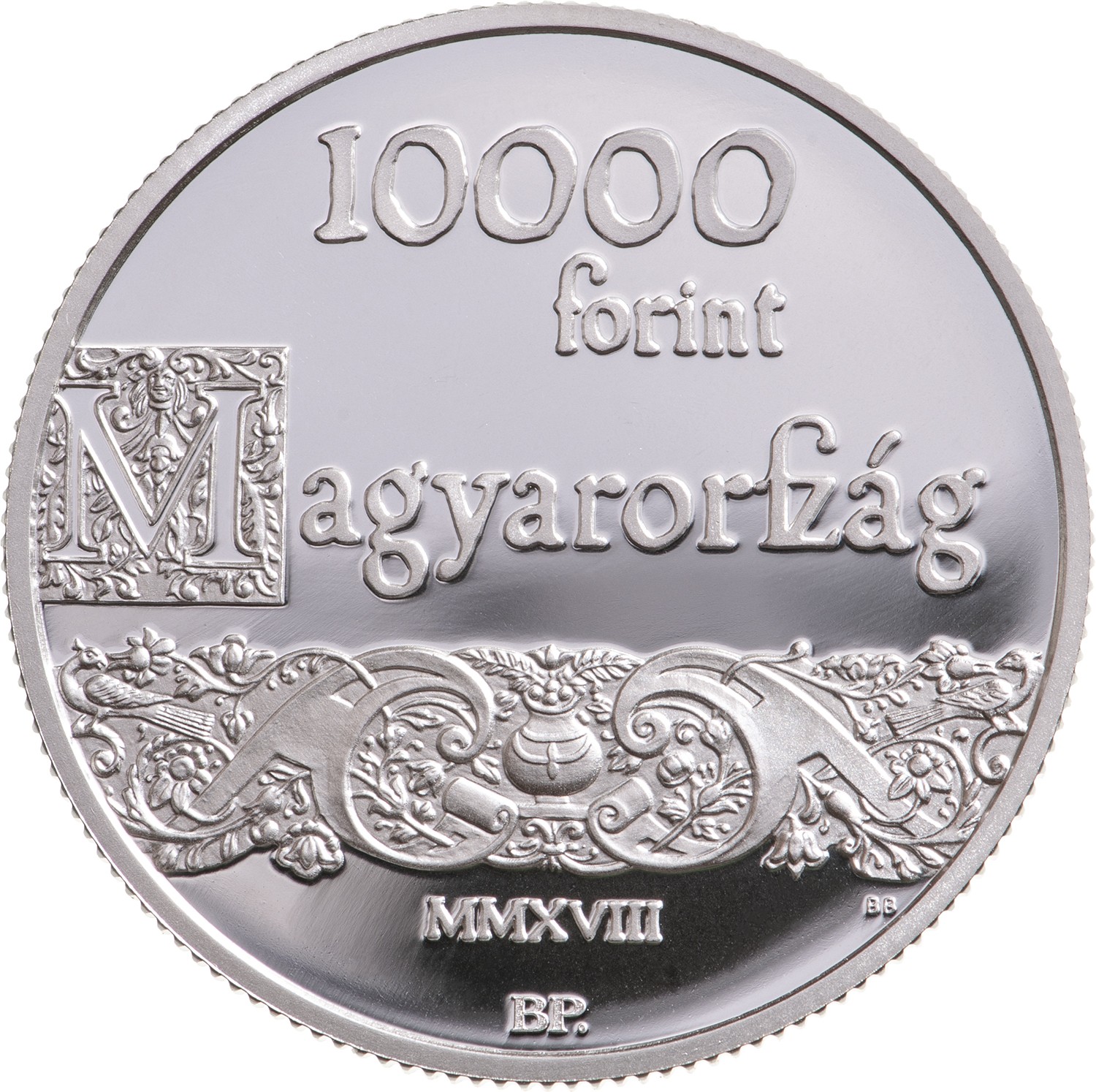 The coins, which are released in two versions (sterling silver and cupro-nickel), are designed by coin artist Balázs Bito and are produced by the Mint of Hungary at their facilities in Budapest on behalf of the National Bank of Hungary. The design of the obverse side of the coin was inspired by the 18th-century Bölöni Psalter (or psalm) which recalls the historical traditions, the mandatory elements being presented in the font-style used in the original hymnal. The Bölöni Psalter is one of the few handwritten Unitarian hymnals that has survived the ages. Hymnals and books of psalms were part of the day-to-day religious services used by the congregations. The denomination of 10,000 and 2,000-forints is placed in the upper part in two horizontal lines. The text MAGYARORSZÁG is located below the denomination, with the first letter resembling the initial letter in the decorative hymnal. Below the primary design is the year of issue in Roman numerals MMXVIII. 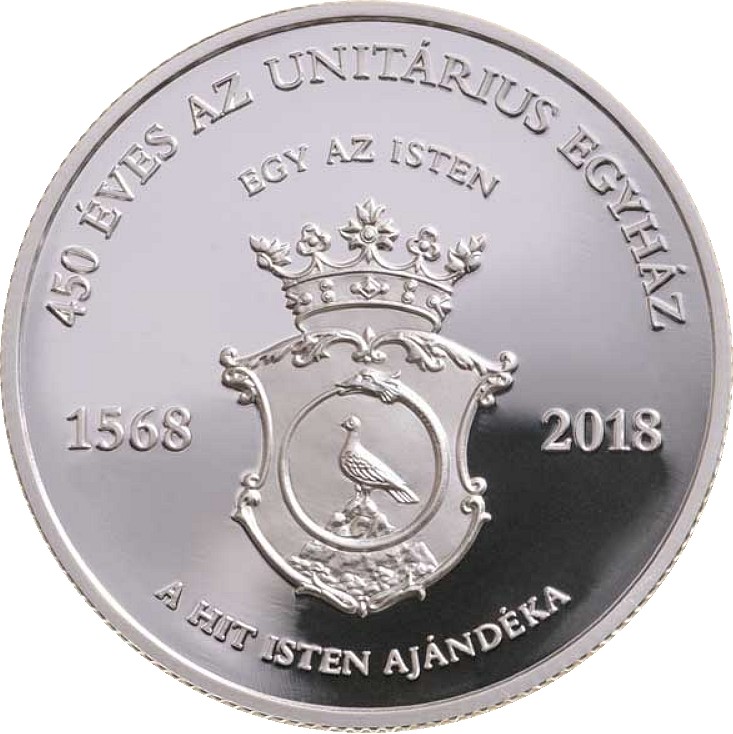 The main motif on the reverse side is the coat-of-arms of the Hungarian Unitarian Church, with a dove standing on a rock surrounded by a snake biting its own tail. Above the coat-of-arms is the semi-circular text EGY AZ ISTEN (God is One) seen on Unitarian churches, with the Biblical quote A HIT ISTEN AJÁNDÉKA (Faith is the gift of God, Ephesians 2:8), which is specifically referenced in the 1568 Edict of Torda. The upper circular text reads 450 ÉVES AZ UNITÁRIUS EGYHÁZ (450 Years of the Unitarian Church) in larger letters. To the sides of the central motif are two dates: 1568 on the left, marking the Diet of Torda which proclaimed religious tolerance and the foundation of the Unitarian Church, and the date of issuance 2018 on the right.

Each base metal and silver coins is encapsulated and is accompanied by a certificate of authenticity, while a presentation case is available at an additional cost. For more information about these and other coins issued by the National Bank of Hungary, please visit the website of the Mint of Hungary. Those in Hungary may visit the National Bank’s retail shop at 7 Báthory street, Budapest, Distr. V.