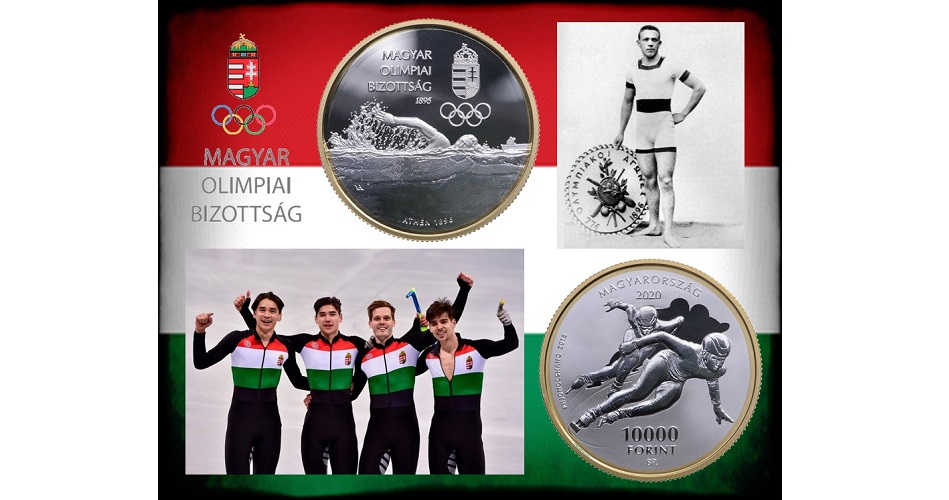 The Magyar Nemzeti Bank has issued (2nd December) new sterling silver and base metal coins which remembers the 125th anniversary of the formation of the Hungarian Olympic Committee. The-then Kingdom of Hungary was represented by Ferenc Kemény (1860–1944), a noted Hungarian educator and humanist. One year later, on 19 December 1895, the Magyar Olimpiai Bizottság — MOB (Hungarian Olympic Committee) was the sixth of all the Olympic Committees to be set up after those of the French, Greek, American, German, and Austrian Olympic Committees. Since the formation of the MOB and the first modern Olympic games in Athens in 1896, Hungary has participated and sent athletes to compete in almost all Summer Olympic Games and every Winter Olympic Games since then. Hungary did not compete in the 1920 Games, the first held after World War I and did not compete in the 1984 Summer Olympics in Los Angeles. As a prominent public body representing Hungary, the MOB mandates and represents the Hungarian Olympic movement exclusively. It is tasked with preserving traditions, teaching the idea of Olympism, and protecting the memories of Hungarian athletic heroes for young generations. Since their first competition, Hungarian athletes won a total of 117 gold, 151 silver, and 174 bronze medals at both the Summer and Winter Olympic Games. 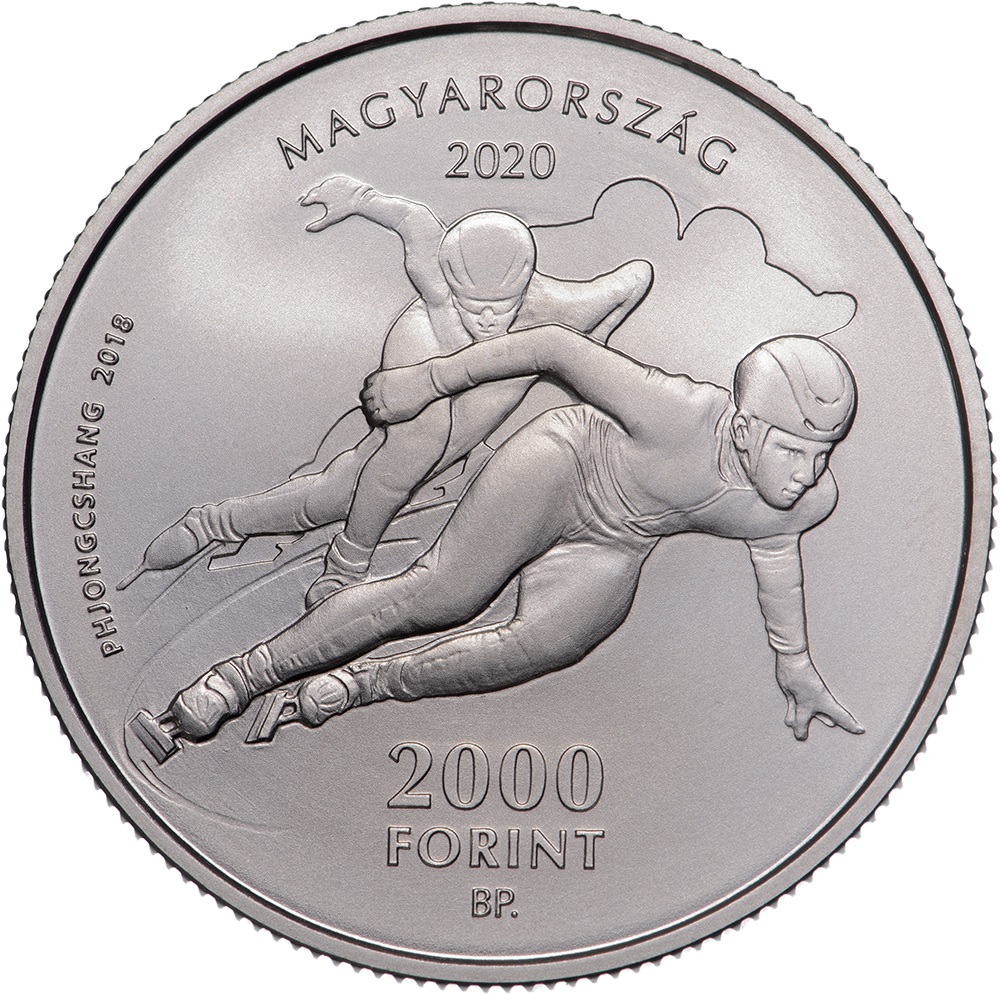 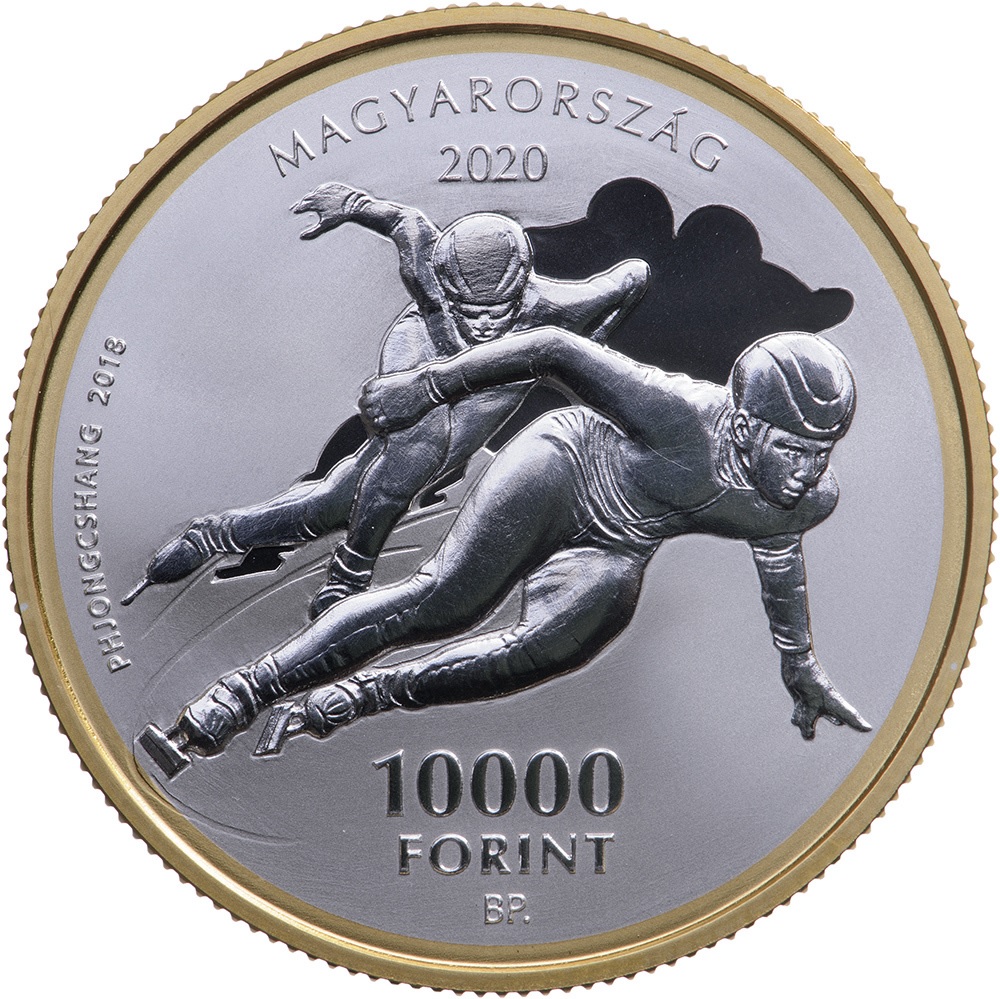 The sterling silver and base metal coins are produced by the Mint of Hungary at their facilities in Budapest on behalf of the National Bank of Hungary. The special silver collector coins with a gold-plated edge and base metal versions are designed by applied artist Andrea Horváth and pay homage to the outstanding results in the history of Hungarian sport life and the first Hungarian gold medals at Summer and Winter Olympic Games. The design on the obverse side makes reference to the first gold medal won for Hungary at the 2018 Winter Olympic Games event, as the short track speed skating relay team wins the five-kilometre race in Gangneung. The design recalls this result of significance in sports history and features a representation of four speed skaters while racing, two placed in the foreground and two represented as shadows in the background. To the left of the representation of the athletes, in a legend, is the lettering PHJONGCSHANG 2018. The lettering MAGYARORSZÁG (“Hungary”), the year 2020, mintmark BP, and the denominations 10000 or 2000 FORINT are also part of the design. 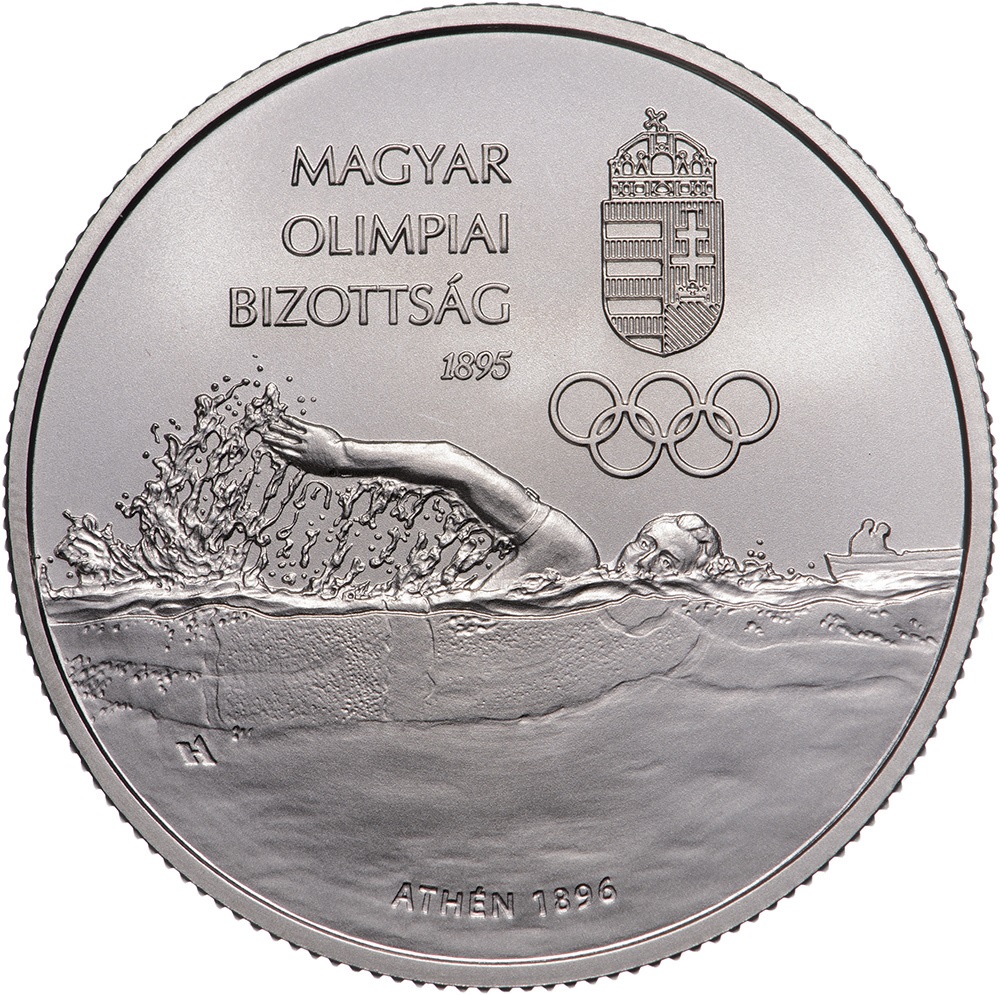 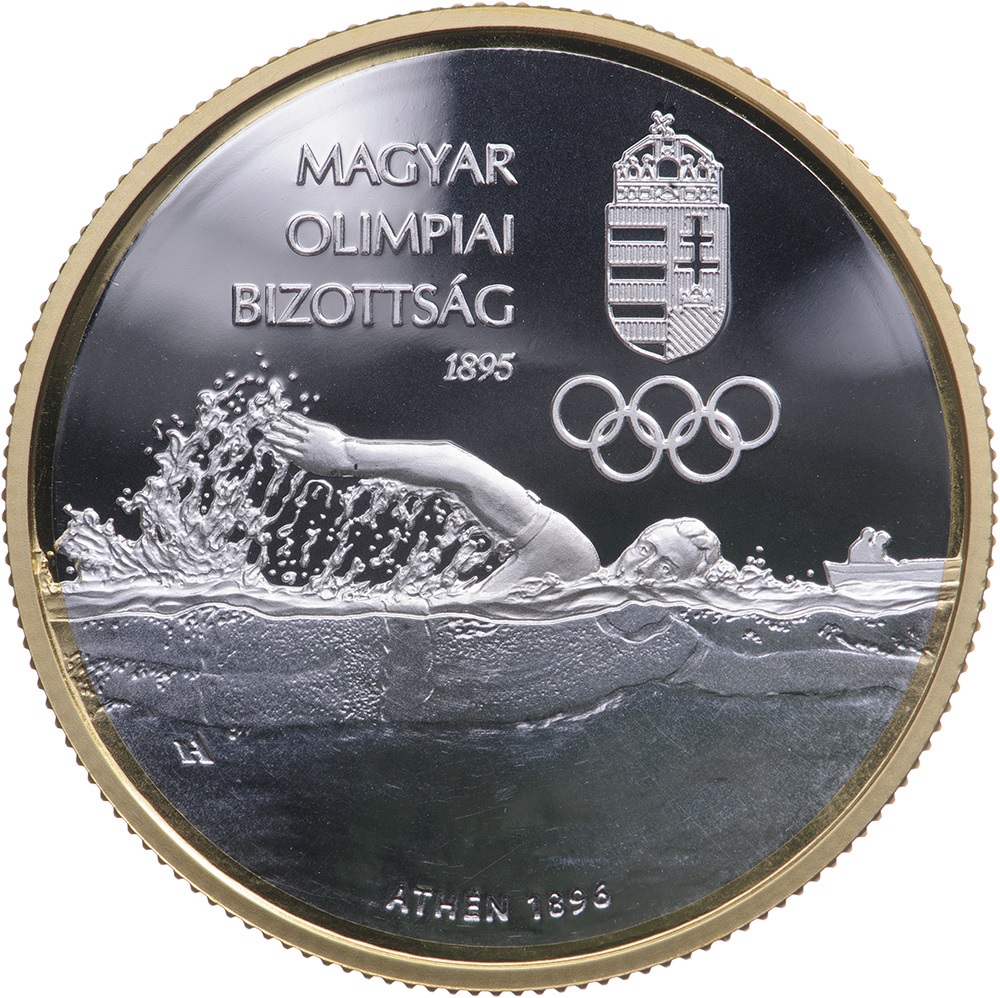 The reverse side focuses on the founding of the Magyar Olimpiai Bizottság with the inclusion of the five Olympic rings and Hungary’s first victory at the Olympic Games. The scene references the success achieved by Alfréd Hajós at the 1896 Summer Olympics as he wins the 100 and 1,200-metre swimming events in rippling seawater. The figure of a swimmer in the sea wearing a swimming suit from the 19th century, while two men are sitting in a watch-boat in the background, is the focal point. This design is completed with the lettering ATHÉN 1896, which also lends to its context. Above the scene with the swimmer, on the left, in four lines, is the wording MAGYAR OLIMPIAI BIZOTTSÁG and the year 1895, when the MOB was founded. On the right of the letterings, the official logo of the Hungarian Olympic Committee is shown.

Both Proof and Brilliant Uncirculated coins are each encapsulated and accompanied by a certificate of authenticity. A presentation case is available separately. For additional information about these coins and others issued by the National Bank of Hungary, collectors in Central Budapest can visit their retail shop at Báthory utca 7.