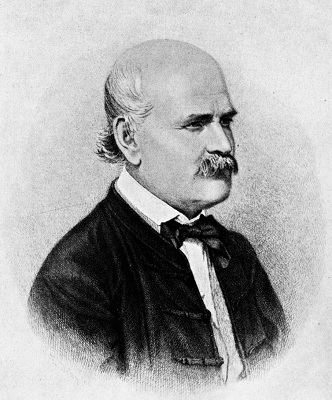 The National Bank of Hungary has issued a new coin observing the 150th anniversary of the death of Ignác Fülöp Semmelweis (1818 – 1865), a renowned doctor whose accomplishments have been recognized worldwide in the field of obstetrics.

Semmelweis was born to a wealthy family on July 1, 1818, the fifth son of spice merchant József Semmelweis and Terézia Müller. Semmelweis finished his schooling at the Budai Királyi Egyetemi Katolikus Gimnázium and started studying law, but switched his major—against the wishes of his father, who wanted him to become a military judge—to medicine.

According to the Semmelweis Orvostörténeti Múzeum, Semmelweis began his training as an obstetrician at the University of Vienna in 1837. After completing his studies in Vienna and Budapest, he received his degree in medicine on May 21, 1844. He was certified as a surgeon in 1845; in 1846, he became an assistant instructor at the obstetrics department of the Vienna public hospital. 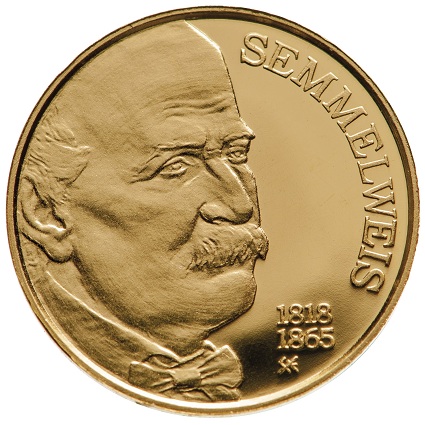 In the mid-19th century, doctors were convinced that a deadly illness known as “childbed fever” (diagnosed today as puerperal sepsis) was a contagious disease. Based on his professional experience and statistical data, Semmelweis recognized that the illness was actually caused by pathogens, the existence of which he could not prove. He believed the pathogens were transmitted from doctors who examined pregnant mothers after performing autopsies without disinfection.

In 1847, he made it a requirement that doctors, nurses, and staff working in the obstetrics department must wash their hands with chloride of lime instead of soap and water after observing that the chloride of lime removed the cadaver smell following an autopsy. He required strict hygiene and later ordered that hands be disinfected between examining individual patients.

Positive results were seen immediately. With his discovery, he was the forerunner of the theory of surgical antisepsis, essentially creating aseptic gynecological and obstetric practices. Although his theories were being proven with improved statistics, his peers remained doubtful and rejected his measures. 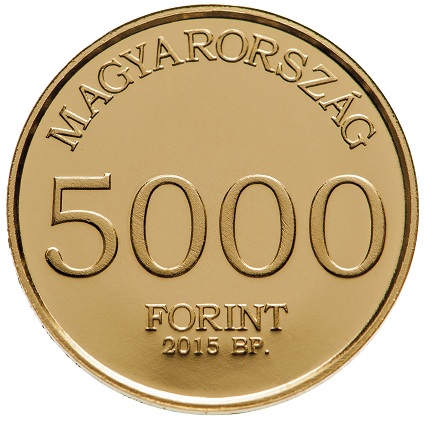 He returned to Hungary in 1850 and became the honorary head of the obstetrics department at the Szent Rókus Hospital in 1851. By royal appointment, he became a professor for theoretical and practical obstetrics at the University of Pest in 1855. In 1857, Semmelweis married Mária Wiedenhoffer and they became the parents of five children. In 1860, he published the book, The Etiology, Concept, and Prophylaxis of Child-bed Fever, in German. He stepped down as the head of the obstetrics department in 1861, having astonishingly reduced the mortality rate to less than 1% during his tenure.

The constant struggle to have his teaching acknowledged became a great burden on him; pictures of him between the ages of 42 to 47 indicate that he was aging rapidly. On July 31, 1865, his wife took him to the hospital in Döbling, Austria for examination, where it was found he was suffering from mental strain. He died there a mere two weeks later on August 31, his decline possibly hastened by hospital treatments that caused ulcers and sepsis.

His discoveries were only acknowledged and applied after 1877 through the work of Louis Pasteur, Robert Koch (bacteriology), and Joseph Lister (surgical antisepsis).

The coin is part of a series called “The World’s Smallest Gold Coins” and was designed by sculptor Enikő Szöllőssy. The reverse side shows the denomination of 5000 FORINT, along with the year of issue. The obverse image, featuring Dr. Semmelweis facing to the right, is based on a familiar portrait. The text SEMMELWEIS and the commemorative years 1818 – 1865 are also included in the design.