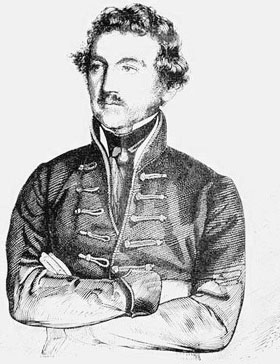 The National Bank of Hungary has issued two new coins which pay tribute to one of its outstanding figures in Hungarian public life who was one of the key intellectual and political leaders in the transformation of Hungary’s civil society.

András Fáy (1786 – 1864) was born to a Calvinist family in Zemplén County. He studied in the towns of Sárospatak and Pozsony (today in Bratislava, Slovakia) and was later admitted to the bar, although he never practiced law. Fay gained a reputation for his literary and poetic talents with his volume of poems New Garland (1818). However, he gained greater fame with his Mesék (Fables), the first edition of which appeared in Vienna in 1820. This book exhibited his talents of satire and invention. These fables, on account of their originality and simplicity, gave Fay the recognition as the Hungarian Aesop. They were translated into German and partly into English known as Hungarian Poems and Fables.

From the 1820s until the mid-1840s, he was the head of the opposition in Pest, and from 1835 he was the diet’s representative from Pest County. Fay’s name is probably most closely linked to the foundation of the First Hungarian Savings Bank of Pest, and he also laid the groundwork for the foundation of the first Hungarian insurance company. At the age of 63, he retired from public life to his estate in Gomba in 1849. Statesman Ferenc Deák was counting on his assistance in crafting the Compromise of 1867, which would establish the dual monarchy of Austria-Hungary and re-establish partially the sovereignty of the Kingdom of Hungary, but his health no longer allowed it. Fay did not live to see the emergence of Hungary’s partial independence and died at his estate in 1864. He is buried alongside his son in a crypt at the Reformed Church at Kálvin tér, now a historical landmark.

“I have worked for the good! That was my life’s goal and motto,” Fáy once said when asked to describe his own work. “Inscribe on my tomb, ‘He always wished well and worked for the common good.’”

The coins, produced by the Mint of Hungary in Budapest and designed by artists Márta Csikai (reverse) and Vilmos Király (obverse), include a precious metal and base metal version of the same design. The obverse depicts a front facing portrait of Fay which was inspired from a charcoal sketch thought to have been drawn in 1855. A facsimile of his signature appears to the left side of the portrait while the years “1786 – 1864” appear to the right in two lines. The reverse depicts an ornamental element of the ground floor façade of the headquarters of the Savings Bank designed by architect Miklós Ybl (now located in Károlyi Avenue, Budapest) which includes a bee collecting pollen. The text “MAGYARORSZAG” appears above the primary design with the coin’s denomination appearing below. The year of issue and mintmark appear on either side of the motif.

The base metal coin is available for its face value. The National Bank of Hungary presented the silver coin in a ceremony at the Reformed Church at Kálvin Avenue on the 26th July, the 150th anniversary of Fáy’s death.

For more information on these and other coins issued by the National Bank of Hungary, please visit the website of the Mint of Hungary at: http://coins.hu/products/silver_coins/fay-andras-silver-coin.html Information offered in Hungarian and English, international orders dispatched.