I first became interested in coin collecting the old fashioned way in the late 1960’s. A family friend gave me a Whitman album for Lincoln Cents, 1941-to date. For some reason, the challenge of completing this small album became a full time pursuit for a budding, young numismatist. My parents would take me to the bank each week to purchase $5 dollars worth of penny rolls that would be searched and later traded for another batch of penny rolls. After several weeks of meticulous searching, my album neared completion. This is where things get interesting for most collectors. Some become bored as they make little progress finding the last few coins needed for a set, others become obsessed. Count me in the latter group. Finding those last few “rare” S-mint cents became a true obsession. First, I tried ramping up the number of penny rolls that I would search each week. This still did not yield those last few coins. Finally, I decided that making my first numismatic purchase was the only avenue for completion of the task. Of course, I was being impatient, as finding a 1941-S Lincoln Cent was not that hard! Around this time, I also purchased my first numismatic publication. I believe it was Numismatic News or Coin World. I discovered that for only 50c the fantastic goal of completing my Lincoln Cent collection could be a dream fulfilled. I place an order with Littleton Coin Company. A week later, those few pesky coins that had evaded my grasp showed up in the mail.   Of course, for weeks after that more coins continued to arrive from Littleton on approval. I think I might still owe for some of those, but don’t tell anyone.

Many, who become interested in numismatics, find it more difficult just getting started.   The field of coin collecting is vast, and can sometimes be quite intimidating. One of the most wonderful aspects of numismatics is that you can begin on almost any budget. I have long been an advocate of promoting coin collecting to young people. Young collectors, with weekly allowances, are able to find great coins to fill their collections. The hobby has much to offer anyone interested in history, money, art, and technology. By contrast, the even billionaires can also find numismatics to be an engaging pursuit.   Regardless of your financial situation, most individuals can find a series, denomination or specialty that fits within their personal budgets. Sometimes, getting started is the hardest part. 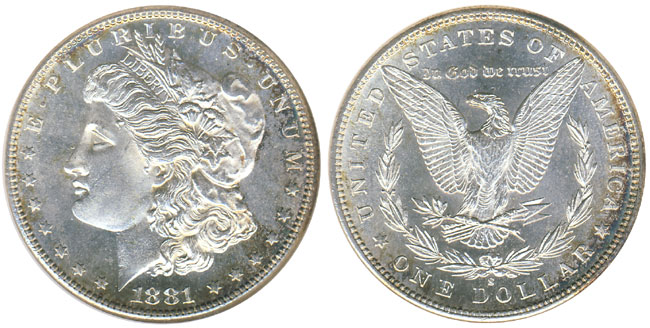 For those interested in United States coinage, the task of deciding what to collect is a matter of taste and interest. Most start their collection with a denomination or series. Two of the most popular are Lincoln Cents and Morgan Silver Dollars. Following closely in popularity are Walking Liberty Half Dollars, Mercury Dimes, Washington Quarters and Buffalo Nickels. Silver Dollars are extremely popular, not doubt due to the large size of the denomination. Morgan Dollars are also popular because there are so many issues that are quite affordable. There are probably twenty or thirty dates and mint mark Morgan Silver Dollars that can be purchased in NGC MS63 or MS64 holders for well under $100 per coin. This is a great start on an exciting series. Peace Silver Dollars are also beautiful and quite affordable for most collectors. Most of the series mentioned above are among the more popular series. Other collectors might choose Standing Liberty Quarters, Liberty Nickels, or Barber coinage. Liberty Seated coinage is much more complex, but appeals to collectors seeking a challenge. Collecting early copper coinage by die variety is generally considered an advanced numismatic pursuit. There are dozens of series that might be of interest, but this gives readers an idea of the ranges of possibilities. 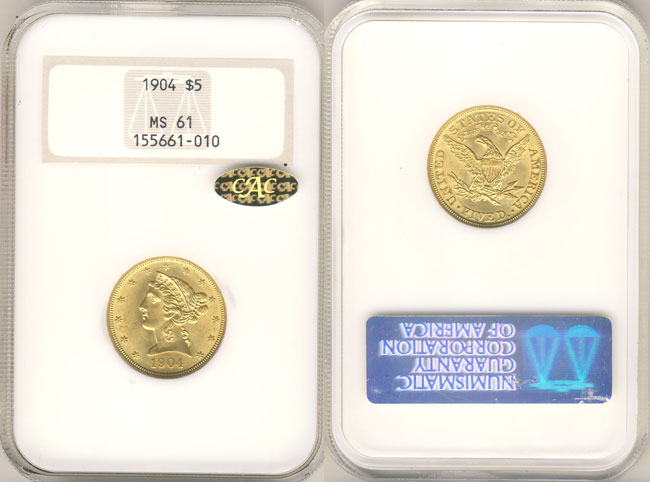 A great way to start a collection is to buy just one example of each United States coin ever issued by style or design. This is commonly referred to as “Type Collecting”. Such collecting offers many advantages to those new to the hobby. By seeking just one example of each Type, collectors can begin to understand the rarity of the series, and learn about the rich history involved with coin collecting. There is also a great diversity aspect to this type of collecting. I tell friends and customers that it’s a bit like buying a “rare coin mutual fund”.   After working on a Type set, many collectors will focus on one particular series that has sparked an interest. Several years ago, I co-authored the book, United Stated Coinage, a Study by Type. This book gives interesting information for each Type of coin struck by the United States along with nice photographs of their designs.

Speaking of books, studying and researching coins, can be very important and helpful in the learning process involving your new hobby. Legendary numismatist, Dave Bowers, famously states “buy the book, before the coin”. This advice is sound, and will serve any collector well. The main reason I have written numismatic books is to educate collectors. An educated collector buys more coins, and that is good for dealers and the hobby. People will spend money more freely when they have taken the time to study a series. They will also avoid many of the pitfalls that an uneducated or impulse buyer would make. Today’s collectors are extremely lucky. There are dozens of books about rare coins available with a specialty book covering nearly every series.   Rich numismatic content can also be found on the internet. Thirty years ago, the Redbook was about the best and only source of information and still is in wide use today. Understanding what you collect is highly recommended before spending large sums of money!

One of the more common bits of advice a collectors usually will hear is, “Buy the best you can afford”. This advice has proven profitable over the decades, and will probably hold true in the future. Everyone wants to own the finest coins available. This phenomenon can be clearly seen in the extreme popularity of “registry collecting”. Coins grading at the top end of the scale have soared in recent years. Collectors are now competing with each other in a very public manner to own the finest set of a series. Years ago, most advanced collectors were very private, if not downright secretive. The great collector, John J. Ford Jr. was famously secretive of his holdings. After his passing, the numismatic world was aghast not only at the size of his collection, but its superb quality as well, when it was offered at auction. Registry collecting is here to stay, and will continue to influence rare coin prices for years to come.

Another piece of good advice for new collectors is to locate someone willing to mentor your adventures in numismatics. No numismatic book or web site can substitute the vast knowledge accumulated over decades of buying and selling rare coins. Most dealers or advanced collectors will share their knowledge and enthusiasm with new collectors. Find someone who is an expert on the series you have chosen. The time you take to develop this relationship will be extremely valuable. One good way to meet others with similar interests is to join numismatic club. Start with the American Numismatic Association (money.org). There are also many local coin clubs in most major cities. These are both great places for new collectors to get started.

Whether your interests are in United States coinage, world coins, paper money, tokens, ancient coins or something more esoteric, getting started is sometimes the hardest part of the journey. Get started today, and you will probably get hooked on a hobby that will be exciting and richly rewarding!