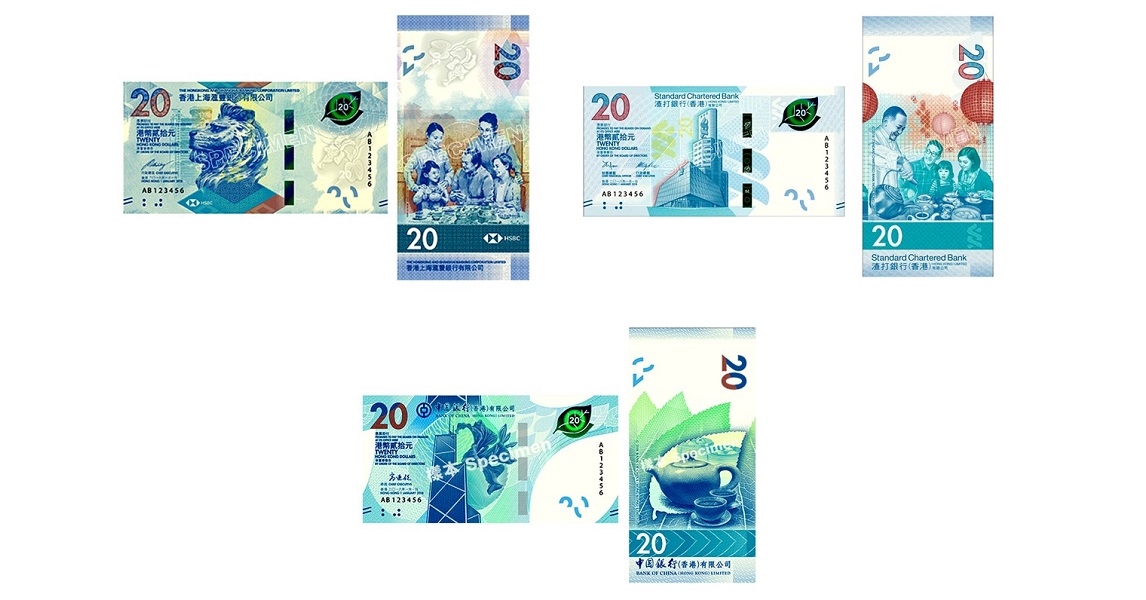 The Hong Kong Monetary Authority has announced on the 1st January the two remaining banknote denominations which are part of the 2018 banknote series entitled “Hong Kong Spirit” will be issued on the 14th January. The HKMA chose the date for the denominations of HK $50 (U.S. $6.44) and HK $20 (U.S. $2.57) to be available at the three note-issuing banks in time to meet the demand for notes as lai see (good luck red envelopes) approaches. The practice of the red envelopes that elder family members offer to youngsters is a tradition and part of the Lunar Year celebrations. 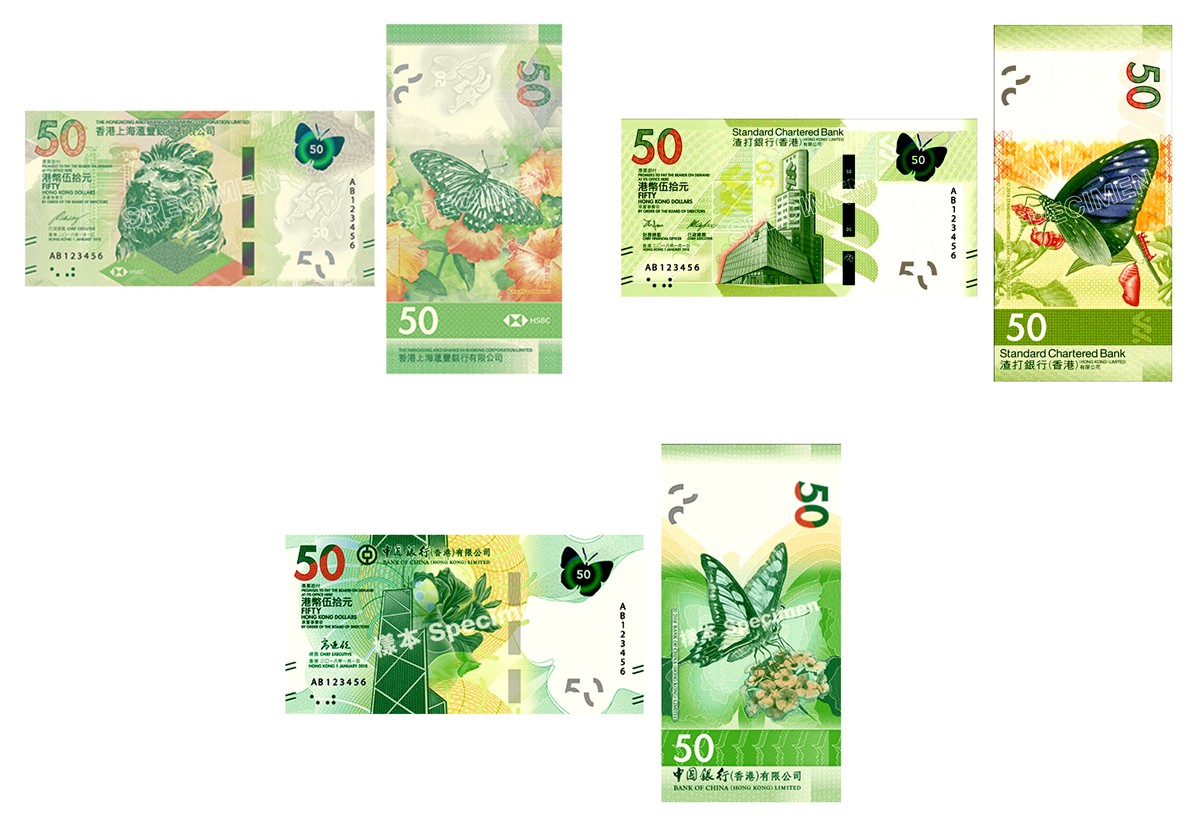 The two denomination banknotes will be released by the city/state’s three note-issuing banks: Hong Kong Shanghai Banking Corporation (HSBC), Standard Chartered Bank, and Bank of China (Hong Kong) simultaneously. The theme for all three versions of the HK $20 notes is yum cha (or tea gatherings), while the HK $50 notes all feature butterflies as part of ecological conservation.

The first two denominations, HK $1,000 and HK $500, were available from the three note-issuing banks on the 12th December 2018 and 23 January 2019, respectively. The HK $100 banknotes were released on the 3rd September 2019, and with the issuance of the last two values, the series is now complete.

Of the 2.36 billion banknotes in circulation in Hong Kong worth a combined HK $503.9 billion (U.S. $64.5 billion), the HK $20 denomination represents the highest share at 35.7 per cent, while the HK $50 dollar banknotes represent 10.4 per cent. For additional information about the current series of banknotes from all three of the note-issuing commercial banks, please visit their websites at:

Cambodia: National Bank unveils plan to limit use of $1, $2, and $5, U.S. dollar banknotes from domestic transactions