As the new year begins, I’m close to making a resolution to cease bidding in Proxibid auctions whose sessions lack sharp photography. On the one hand, I patronize some of these auctions because I trust or know the auctioneer, in this case, Scott Hall of Hall’s Auction, a fair man and also a numismatist with good grading skills. Problem is, mine are better, and I need sharper photos to make wise consumer decisions.

First, a disclaimer: Consider this post a review and my observations, fair comment. Your experience bidding in this or any auction, on Proxibid, eBay or other portal, may differ from mine. That said, below I will share Hall’s Proxibid photos and mine, taken with a two-year-old $150 Nikon digital camera. You can see what I won for what amount and whether I should or should not have bid, had I sharper photos able to capture more detail and luster. I’ll share my opinion, and it is only that, after each photo shoot. (Click on any photo for a larger version.) 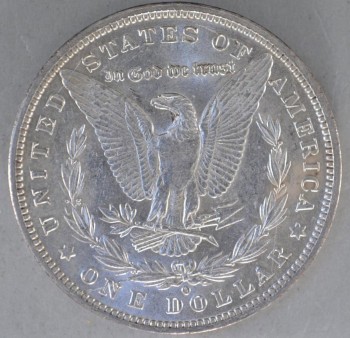 I bid on this lot because the reverse looked to me like an 1882 O/S variety. It wasn’t. Score this a miss. 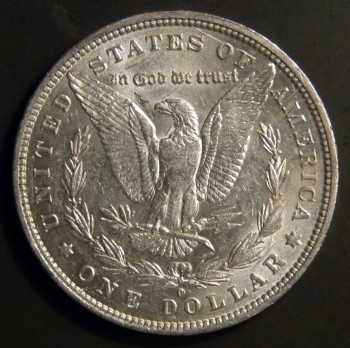 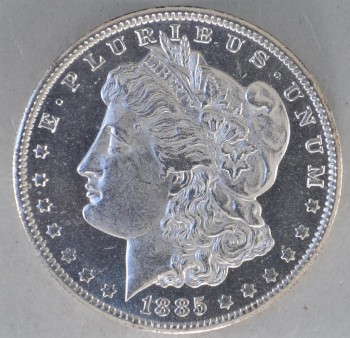 I bid on this lot because knowing how Hall takes photos, this looked DMPL and he did not mark it as such. The reverse especially looked alluring in terms of luster, which Hall routinely cannot capture. 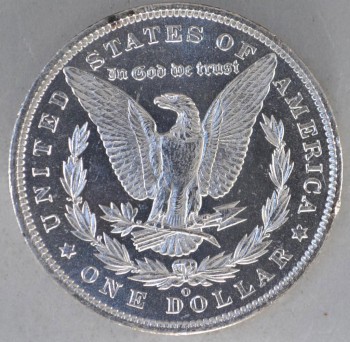 I was correct in believing the coin was DMPL, or nearly so. This coin should have sold for $150-$250. This time I hit. Here are obverse and reverse showing mirrors. 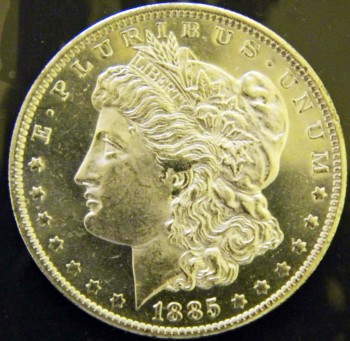 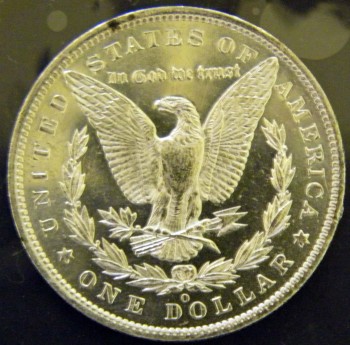 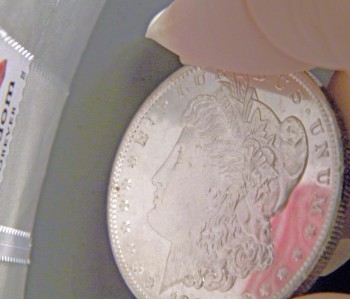 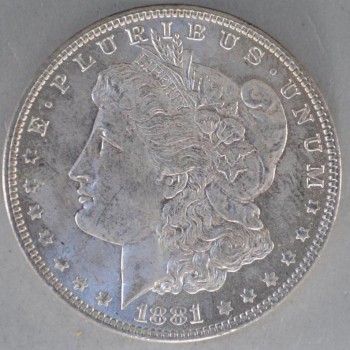 I bid on this lot because Hall described it as “gem” and an 1881 Morgan, in true gem MS65 condition, is worth more than $675. I disregarded what looked like a contact mark on the cheek, estimated the condition at MS63 worth $75 or MS64, worth more than $100. I shouldn’t have dismissed the cheek flaw and would not have bid with a sharper photo, fearing this was a scratch. (It was a deep bag mark, bringing the condition to MS62 at best.) Score another miss and see photo below. 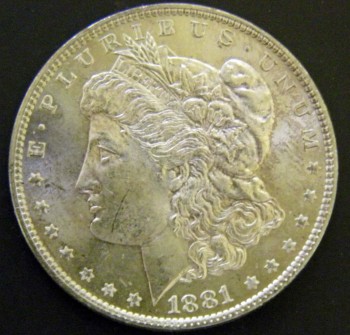 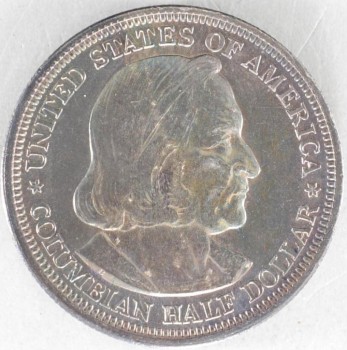 I bid on this lot because old silver commemoratives with rainbow toning are in demand, and because the auctioneer described this as gem BU. It wasn’t. Look at my photo below and inspect Columbus’s hair by the forehead. You’ll see wear and bag marks. At best, this is AU58–a slider. I would not have bid. Count this as another miss. 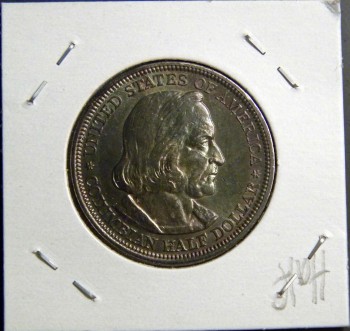 With these results, I now am kicking myself for failing to bid higher on an 1884-S Morgan that sold for $220. This has the many of the same characteristics of the 1885-O DMPL that I won with a $75 bid, only with an 1884-S, we’re looking at a coin potentially worth between $650 in almost uncirculated condition and thousands in uncirculated condition. Judge for yourself with the Proxibid photo below.

PROXIBID PHOTO: 1884-S won by SOMEONE ELSE 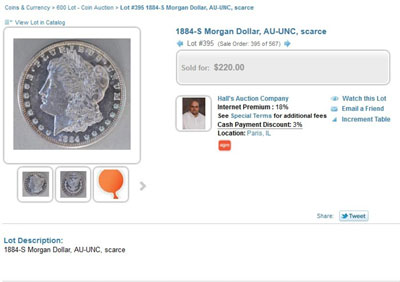 This is what happens when one bids in a Proxibid auction that lacks sharp photos. Repeatedly, I have pressed the company to acknowledge auction houses with superior photos, essential for online bidding. Click here to see some of the best Proxibid coin photography. You get lucky, or unlucky, in hit and miss bidding when you receive the coins and see the actual condition. Often with Hall’s Auction I have buyer’s remorse–mostly in what I should have bid on, like that 1884-S above.

I like and admire Scott Hall tremendously. He tempts me with his auctions, and on the whole, I have hit more than I have missed in his sessions. But it is in his interest as well as bidders for him to master coin photography. His photos are passable enough to take chances on, but not sharp enough to know precisely what one is buying.

As for me, I’m close to keeping my New Year’s resolution of not bidding in any auction with questionable photos that fail to capture detail and luster. After all, hobbyist dollars are as precious as the metals we use them for, and in 2013, I just cannot take any more chances, even with the grading knowledge that I possess and the competitor’s urge to score a big bargain. Because of that latter tendency, I deserve what I bid on most of the time. Second resolution: Temper that urge at all costs!