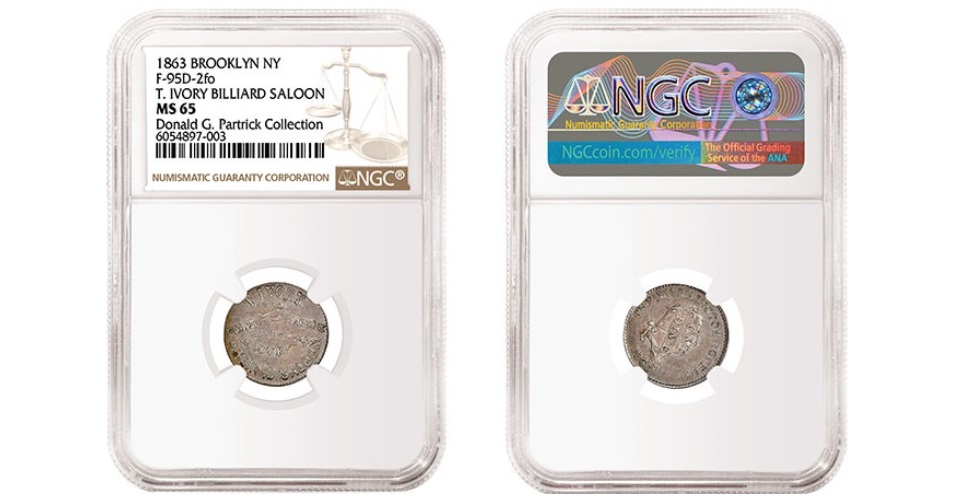 Store cards and patriotic tokens offer a glimpse into American life in the mid-1800s.

More than 1,200 tokens certified by Numismatic Guaranty Corporation (NGC) from the Donald G. Partrick Collection are featured in Heritage Auctions’ upcoming Civil War Merchant and Patriotic Tokens U.S. Coins sale. Online bidding is now open and culminates on May 30, 2021, during a live auction in Dallas, Texas.

Civil War tokens were privately minted and distributed in the United States around the time of the war (1861 to 1865). Because of a U.S. coin shortage caused by hoarding during the war, businesses began producing their own alternative both to assist commerce and to advertise. These tokens often had patriotic messages and sometimes were even minted using coins from circulation.

The reverse features a bust of George Washington upon which sit the words “ONE DIME” surrounded by the slogan “THE WASHINGTON TOKEN. 1863.”

Hints of the design of the dime remain, including Liberty’s shield amid the word “FULTON” on the obverse, and the word “AMERICA” beneath Washington’s neck on the reverse.

Washington was a favorite image to strike on Civil War tokens. His bust shows up again on an 1863 New York — H.D. Gerdts Store Card struck on an 1825 Capped Bust dime graded NGC MS-64 (lot 45948). The H.D. Gerdts store card with a Washington bust is fairly common in copper, but rare stamped on a Capped Bust dime. Much of the undertype is apparent on both sides, particularly near the rims. 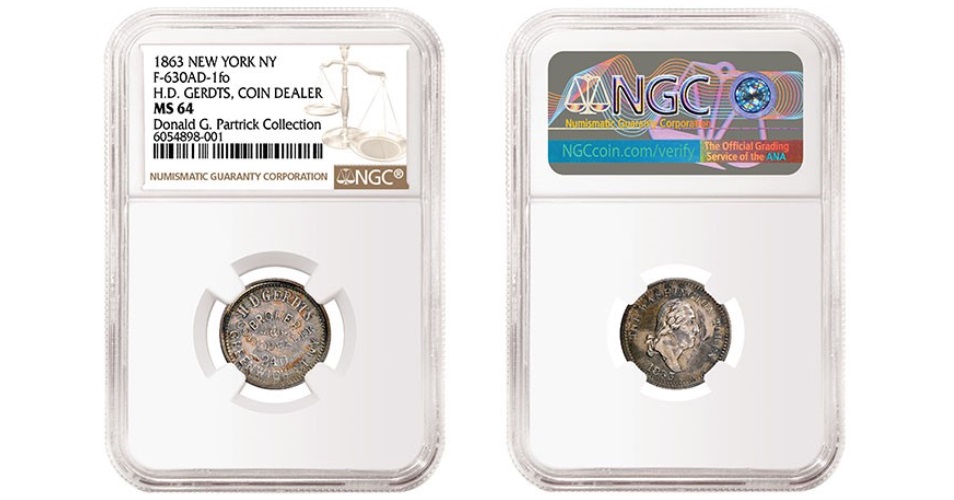 Civil War tokens did not always rely upon US coinage. For example, Gustavus Lindenmuller operated a beer hall and theater in Brooklyn, New York, and produced an exciting token struck on a coin from South America.

The sale features an 1863 Brooklyn, New York — Gustavus Lindenmueller Beer Hall Civil War Store Card struck on a Caracas 1821-BS two reales that is graded NGC MS-63 (lot 45959). The obverse of the token features a beer stein surrounded by Lindenmueller’s name and New York. Shadows of the earlier two reales can be seen on both sides of the coin. 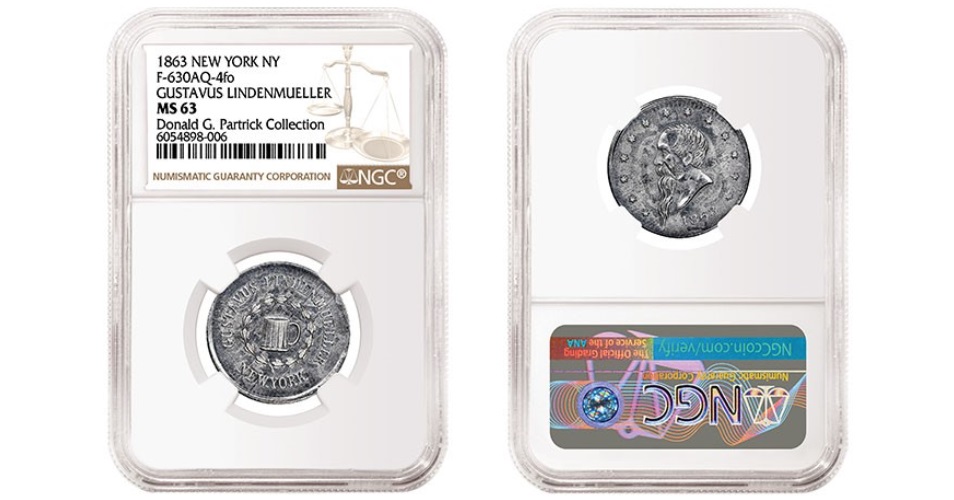 The Donald G. Partrick Civil War Token collection was formed over a period of 50 years and includes high-grade examples and extremely rare varieties of these fascinating pieces of American history.

Other NGC-certified highlights in this Partrick Collection sale include: