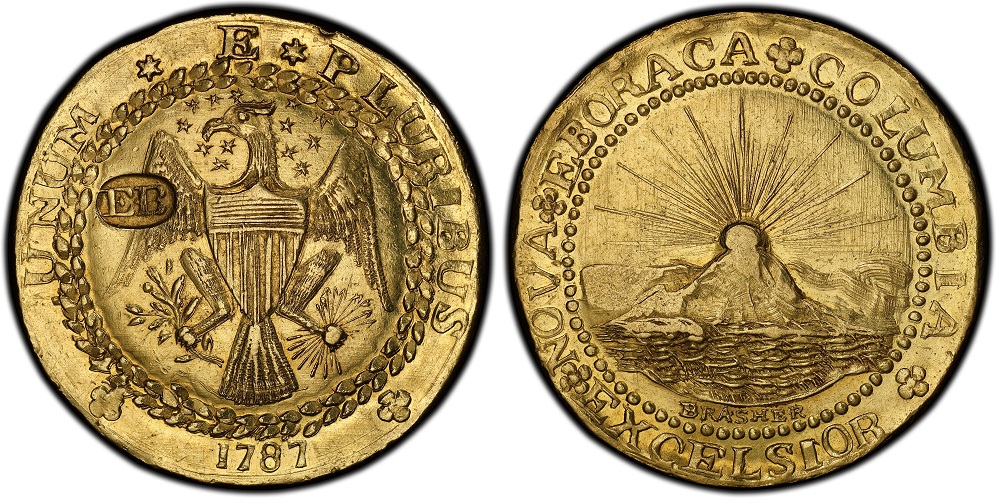 The discovery specimen for the legendary, seven known gold 1787 Brasher Doubloons will be displayed by PCGS along with historic New York copper coins at the ANA 2018 Philadelphia World’s Fair of Money. Photo credit: Professional Coin Grading Service. Hover to zoom.

(July 26, 2018) — One of the legendary 1787 gold Brasher Doubloons and seven of the finest known 1780s New York colonial era copper coins will be displayed together for the first time in an educational exhibit hosted by the Professional Coin Grading Service (PCGS) at the American Numismatic Association 2018 Philadelphia World’s Fair of Money, August 14-18.

“The lettering and some design elements of all seven of these distinguished coins are punch linked, and each of these coins is an important part of early American history and numismatics. They will be exhibited at the PCGS booth, #1431, during the 2018 ANA convention,” said PCGS President Don Willis.

The Brasher Doubloons are the first gold coins made in the United States proposed or intended for circulation. The design includes the obverse motto, NOVA EBORACA COLUMBIA EXCELSIOR (translated as “New York and America ever upward”).

The coin’s creator, Ephraim Brasher, was well known at the time as a silver and goldsmith and civic leader in New York City, and later was a neighbor of George Washington in lower Manhattan.


This famous coin was exhibited at the 1964 New York World’s Fair, was a featured display in a national touring exhibit for the 1987 bicentennial of the United States Constitution and was displayed at the Epcot theme park at Walt Disney World in 1988.

The seven New York copper pieces are all either the finest known or among the finest known of their kind. All have impressive pedigrees to one or more collections of well-known numismatists of the past, such as Parmelee, Stickney, Boyd, Garrett, Ford and/or Newman. The coins are: 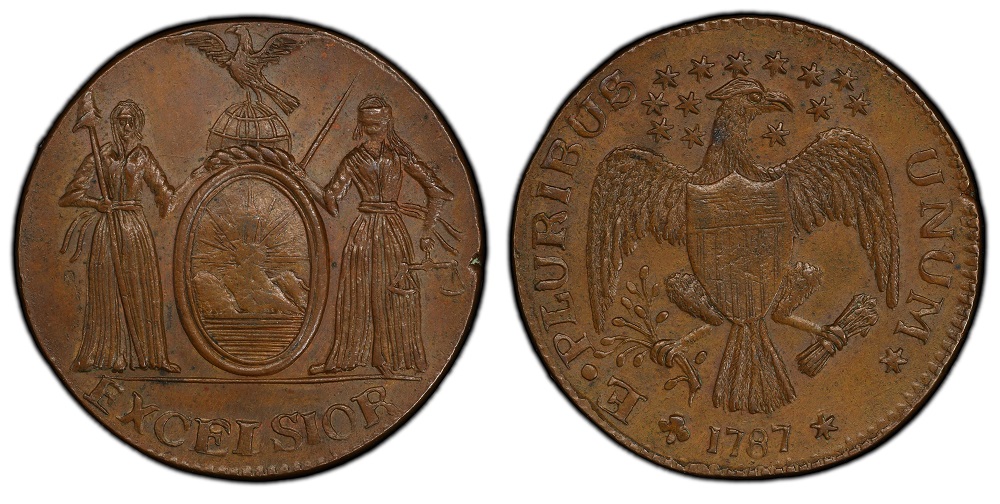 The only known Mint State example of a 1787 Excelsior, Eagle Left New York copper will be among the historic early American coins on display at the PCGS booth during the ANA 2018 Philadelphia World’s Fair of Money. Photo credit: Professional Coin Grading Service. 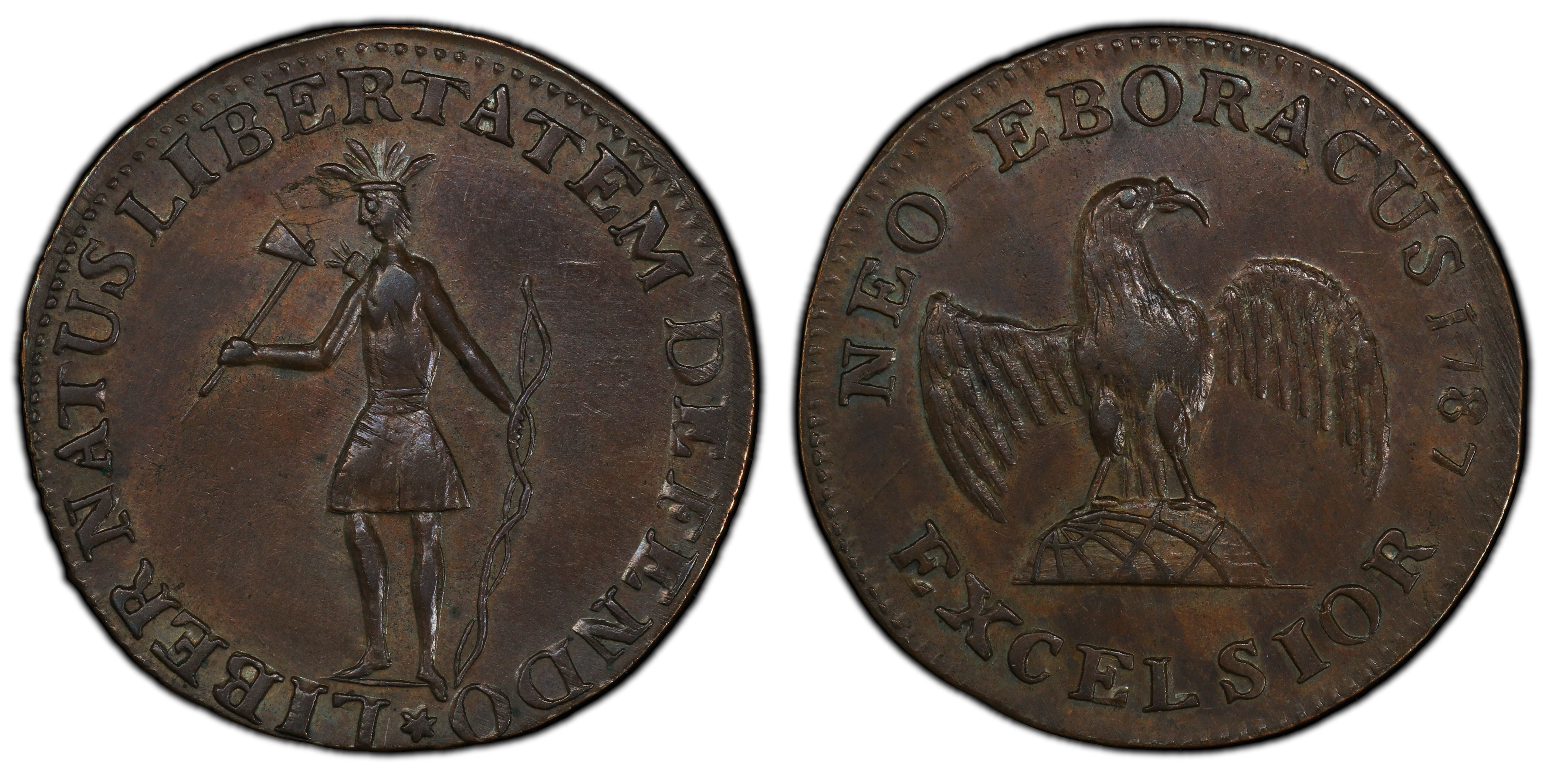 One of the finest of only about 14 known examples of the 1787 Excelsior, Standing Indian, Eagle on Globe design New York coppers will be part of the PCGS display of early American rarities at the ANA 2018 Philadelphia World’s Fair of Money. Photo credit: Professional Coin Grading Service.

“PCGS is proud to work with the owners of these impressive, early American rare coins so visitors to the ANA convention can see and enjoy them in person,” said Willis.

Since its founding in 1986, PCGS has certified over 38 million coins with a total market value of over $33 billion. For information about PCGS products and services, including how to submit your coins for authentication and grading, visit the website of PCGS or call PCGS Customer Service at (800) 447-8848.