Highlights of what is now the all-time finest U.S. type set ever assembled of coins dated 1792-1964 will be publicly displayed for the first time at the Chicago ANA World’s Fair of Money. The multi-million dollar complete set known as the High Desert Collection includes 137 coins, and 30 of them will be exhibited at the Professional Coin Grading Service booth (#200) from Tuesday, August 16 until about noon on Saturday, August 20, 2011.

The collection has been annually ranked as the number one current 1792 – 1964 U.S. type set since PCGS first started issuing awards a decade ago.  With the inclusion of several recently acquired gem-quality coins the set now has also become the all-time finest ever assembled with a higher rating than even the fabled Eliasberg set.  This will be the first time the public will have a chance to see any portion of the High Desert Collection because it’s not open for viewing in the PCGS Set RegistrySM. 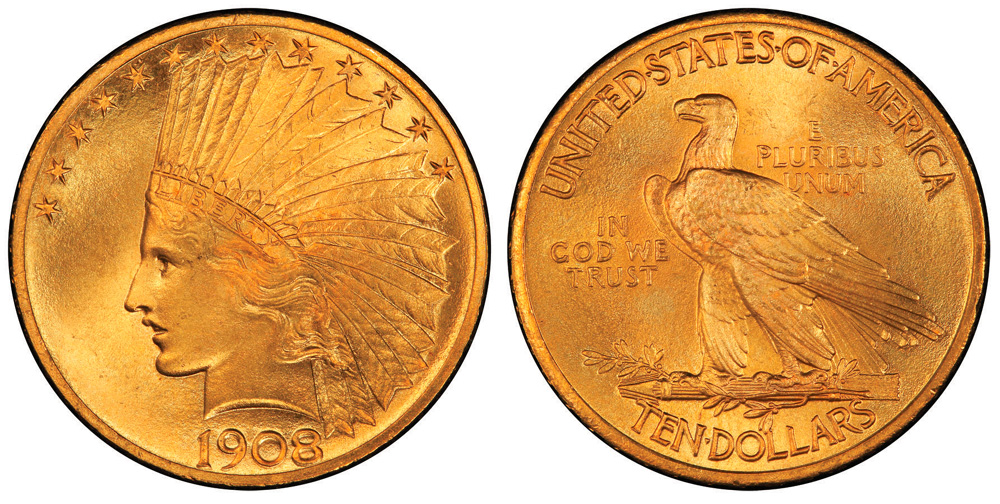 “Some of these coins were once part of the legendary collection assembled a half century ago by Baltimore banker Louis E. Eliasberg, but the extraordinary High Desert Collection now surpasses even the superb Eliasberg type set in overall grade,” said Don Willis, President of PCGS, a division of Collectors Universe, Inc. (NASDAQ: CLCT).

“The 30 coins in the exhibit include 19 of the finest known examples of their date and type.  In addition to six coins pedigreed to Eliasberg, the PCGS High Desert Collection display will showcase two remarkable coins from the John Jay Pittman Collection and one from the famous Harry Bass Collection,” explained BJ Searls, PCGS Set Registry Manager.

Plans for the debut display were coordinated with Scott A. Travers, a prominent New York rare coin dealer and award-winning numismatic author who assembled the High Desert Collection.  Travers has closely worked with the owner of this landmark collection since 1999, when its formation began.  Each of the stunning coins was acquired directly through his firm, Scott Travers Rare Coin Galleries, or with his consultation.

“Some of these coins are the most eye-appealing I’ve ever seen, and we’re adding additional coins as they become available to upgrade the collection,” said Travers.

Among the highlights of the display will be these coins, all in PCGS Secure Plus™ holders:

“Those last four coins are my favorites of all the business-strike gold coins I have ever seen or handled in my career,” said Travers.  “The magical rainbow color of the 1908 Indian Eagle is without peer, and the perfection quality of the 1902-S Half Eagle will forever be remembered by one who looks at it.  I cannot imagine encountering a more perfect coin of this type in my lifetime.” “The three 1902-S gold coins were purchased by me as a ‘set’ for the High Desert Collection.  The 1902-S Liberty Double Eagle is the highest-quality Liberty $20 that I have ever seen or handled,” he added.

In addition to the display of High Desert Collection highlights at the PCGS booth, PCGS is the official sponsor of the Museum Showcase area where the Smithsonian’s “Good as Gold” exhibit and other historic coins from the ANA Money Museum and private collections will be displayed during the Chicago ANA World’s Fair of Money.

Established in 2001, the PCGS Set Registry (www.pcgs.com/setregistry) now hosts over 57,000 sets.  For additional information about PCGS and its services, visit www.PCGS.com, call PCGS Customer Service at (800) 447-8848 or email .

The American Numismatic Association World’s Fair of Money will be held, August 16 – 20, 2011, in Hall F of the Donald E. Stephens Convention Center in Rosemont, Illinois.  For additional information visit www.WorldsFairofMoney.com.