This year’s much anticipated Gadoury Auction, held in conjunction with the increasingly popular “Numismatique” Bourse got off to a promising start. Hosted this year at Monte Carlo’s Meridien Hotel perched on the eastern-most coastline of the principality, the auction began with a tantalizing selection of Roman and Byzantine pieces.

One particular piece, A Roman Dupondius brass piece portraying Livia, the wife of Caesar Augustus fetched an unexpected final bid of €12,000 versus its reserve guide price of €4000. 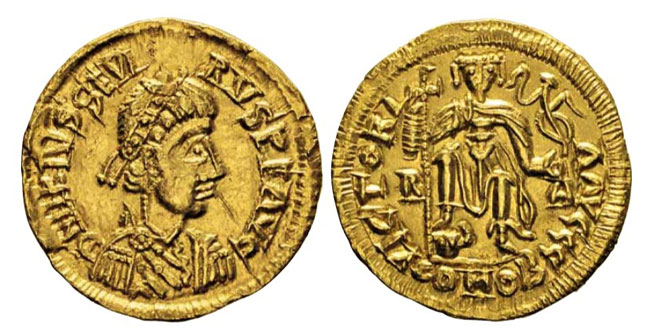 Another piece which was closely watched by bidders was a gold Solidus minted during the reign of Libius Severus (461 – 465) which included a diadem portrait of the Emperor. The reserve indicated a guide price of €2500 ($3225) but the coin ended up obtaining a final bid of €6000 or $7,740.

For many in attendance, the Monegasque section proved to hold a few surprises as well as especially high bids for some choice or rare pieces. One particular coin, a ½ Ecu dated 1652 and minted during the reign of Prince Honore II (1604 – 1662) displaying a fine portrait of the Prince had a reserve guide of €4,500, while it ended up achieving a final bid of €11,000 or €14,190.

Other pieces included rare gold Essai pieces struck during the reign of Prince Louis II (1922 – 1949) and a boxed set of piedfort silver one and two Franc coins realising €4000 or $5160.

The more popular European and world coins took center stage with more than 600 lots of the almost 1000 and holding the attention of many keen bidders in the room. One of the auctions more anticipated pieces, a silver Spanish five Peseta coin dated 1869 issued under the provisional Republican government. With a recorded mintage of only 100 pieces – the coin was sure to realize over its guide price of €20,000 or $25,800 and as the audience quickly saw the bidding in the room, by internet and by phone pushed the final bid up to €30,000 or $38,700. 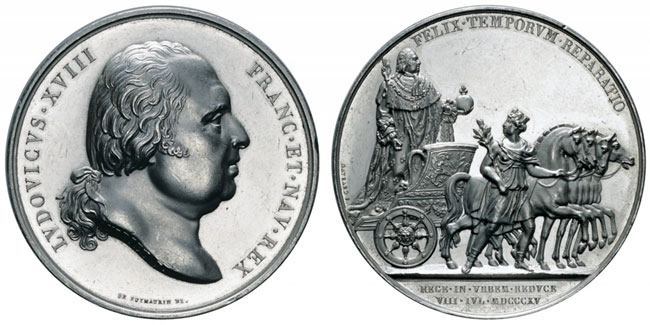 Medals weren’t left out of the category of higher than expected prices – an exceptional platinum piece, struck on the occasion of the return of the Bourbon King Louis XVIII – brother of the guillotined King Louis XVI to both France and the throne in 1815 managed to reach a bid of €30,000 or $38,700 – well above its anticipated guide price of just €6000 or $7,740. 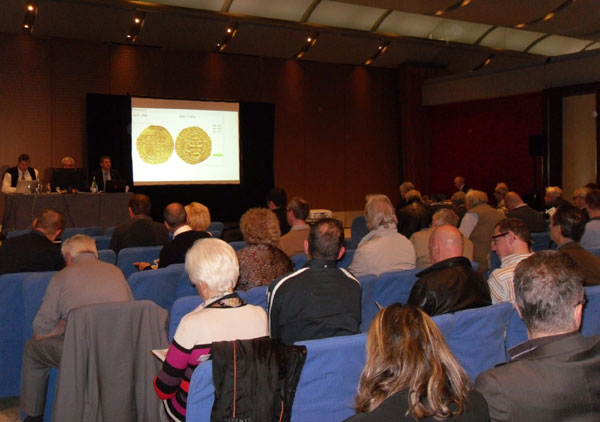