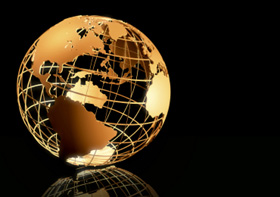 “I think we have maybe a few months, it could be weeks, it could be days, before there is a material risk of a fundamentally unnecessary default by a country like Spain or Italy, which would be a financial catastrophe dragging the European banking system and North America with it.” –Willem Buiter, Chief Economist at Citigroup

Next Tuesday, the COMEX gold and silver options expire.  Next Wednesday, the Congressional super-committee is due to submit their report for cutting the federal government deficits about 3% (using proper accrual basis accounting) over the next decade.

Both of these events carry high risks of financial chaos within the US.  The risk that a huge number of gold and silver call option contracts could be “in the money” (i.e. that the contracted price for delivery of an exercised option is lower than the prevailing spot price) that JPMorgan Chase took the extraordinary measure of increasing its COMEX registered silver inventories from about 550,000 ounces to 1,650,000 ounces from November 16 to 17!

As for the super-committee, about a week ago, the Democrat members physically walked out of the meetings.  The likelihood of any practical agreement, even though it only covers such a relatively small part of the budget, is close to zero.

In the past few weeks, the financial turmoil in Europe has drawn attention away from America’s mess.  The fallout from the MF Global Holdings bankruptcy looks like it will include defaults on delivery of at least one thousand COMEX gold contracts and ten thousand COMEX silver contracts, yet Americans thus far have not panicked about this further collapse of the US financial system.

Over in Europe, the government bonds of Greece, Italy, Spain, and France are trading as if they have a high likelihood of default.  The European Central Bank had to step in to buy some Italian and Spanish bonds this week, after recently promising that it would never engage in such activities.

In order to keep the American people quiet, analyst Adrian Douglas two days ago sent out an alert that there was a strong likelihood that the US government would order a major suppression of gold and silver prices in advance of next week’s events.  Since then gold has dropped around 3% and silver fell at one point more than 10%.  Douglas says that whatever suppression might occur will be short-lived.

We are not necessarily at the bottom.  There is a good chance that gold could dip under $1,700 and silver below $30 before the COMEX close next Tuesday.  Prices right now are a bargain buying opportunity and may be even more attractive by early next week.  Take advantage of it by acquiring physical precious metals for prompt delivery.  Don’t buy “paper” gold or silver or you put yourself at risk of losing it all as are some of MF Global customers.