“It’s no exaggeration this season’s auction offered some of the most important discoveries and once-in-a-lifetime opportunities to own some of the rarest coins known to exist,” said Greg Rohan, president of Heritage Auctions. “As expected, the hobby didn’t ignore the opportunities and we saw spirited bidding across every numismatic collecting category.”

With offerings spanning the United States, world and ancient coins, and world and U.S. currency, the April 26 through May 2 auctions delivered stunning, six-figure sale prices across every category.

In the last article, we covered U.S. coins. Now we will cover U.S. paper money.

Currency collectors zeroed in on true “number one notes” (those with the unique and highly collectible Serial No. 1) offered among the more than 5,000 lots of U.S. and world currency auctioned during CSNS. 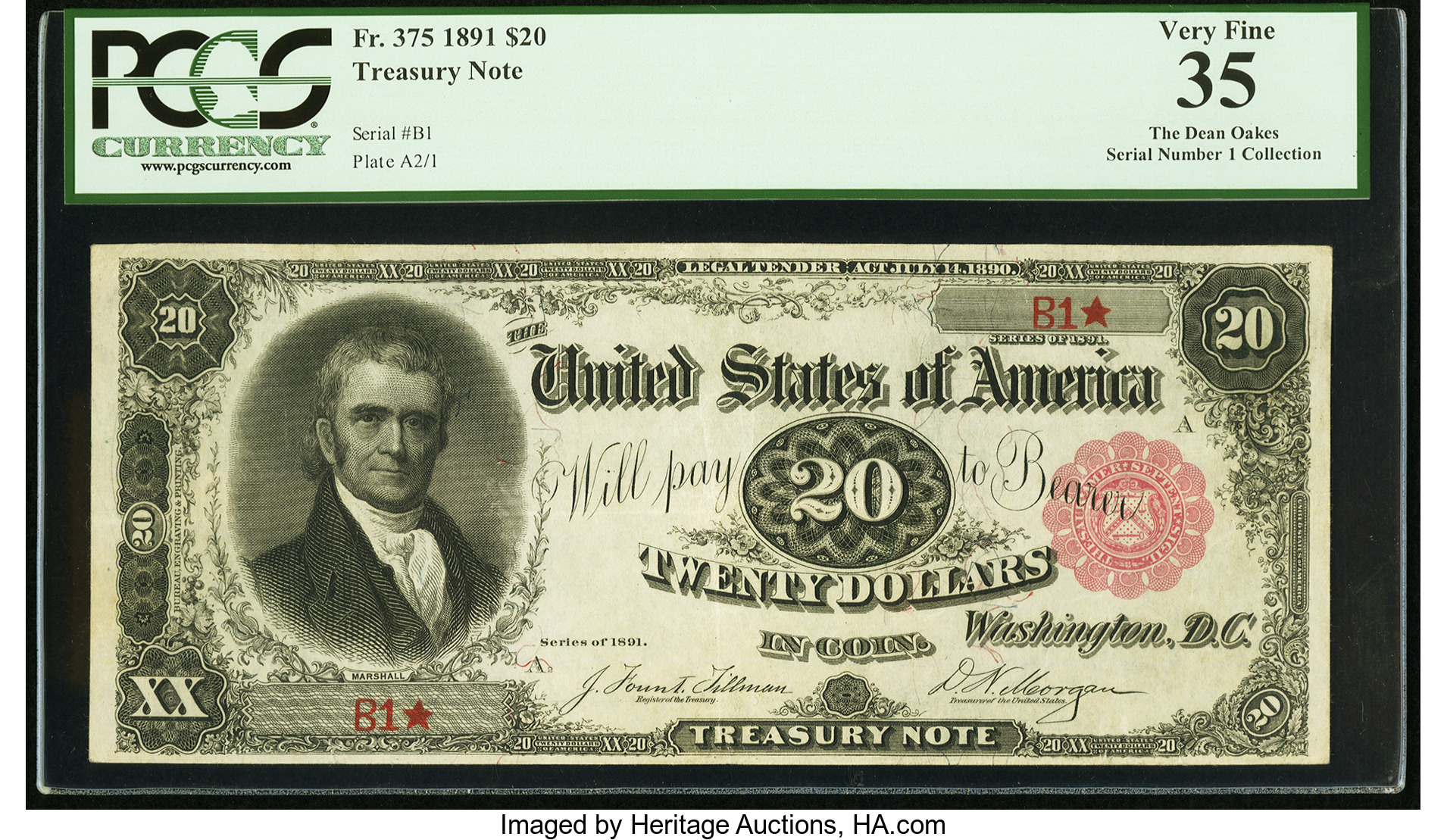 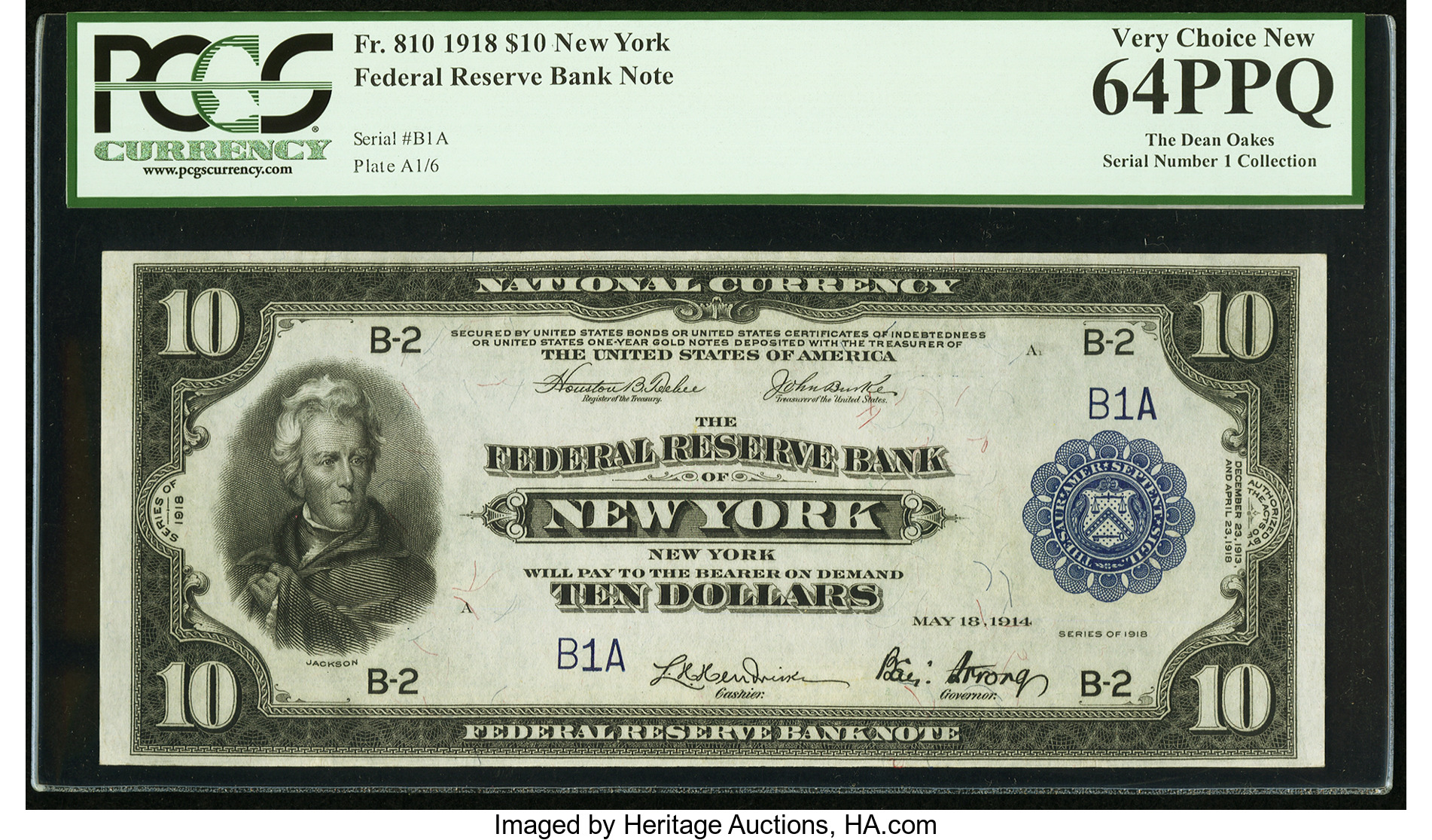 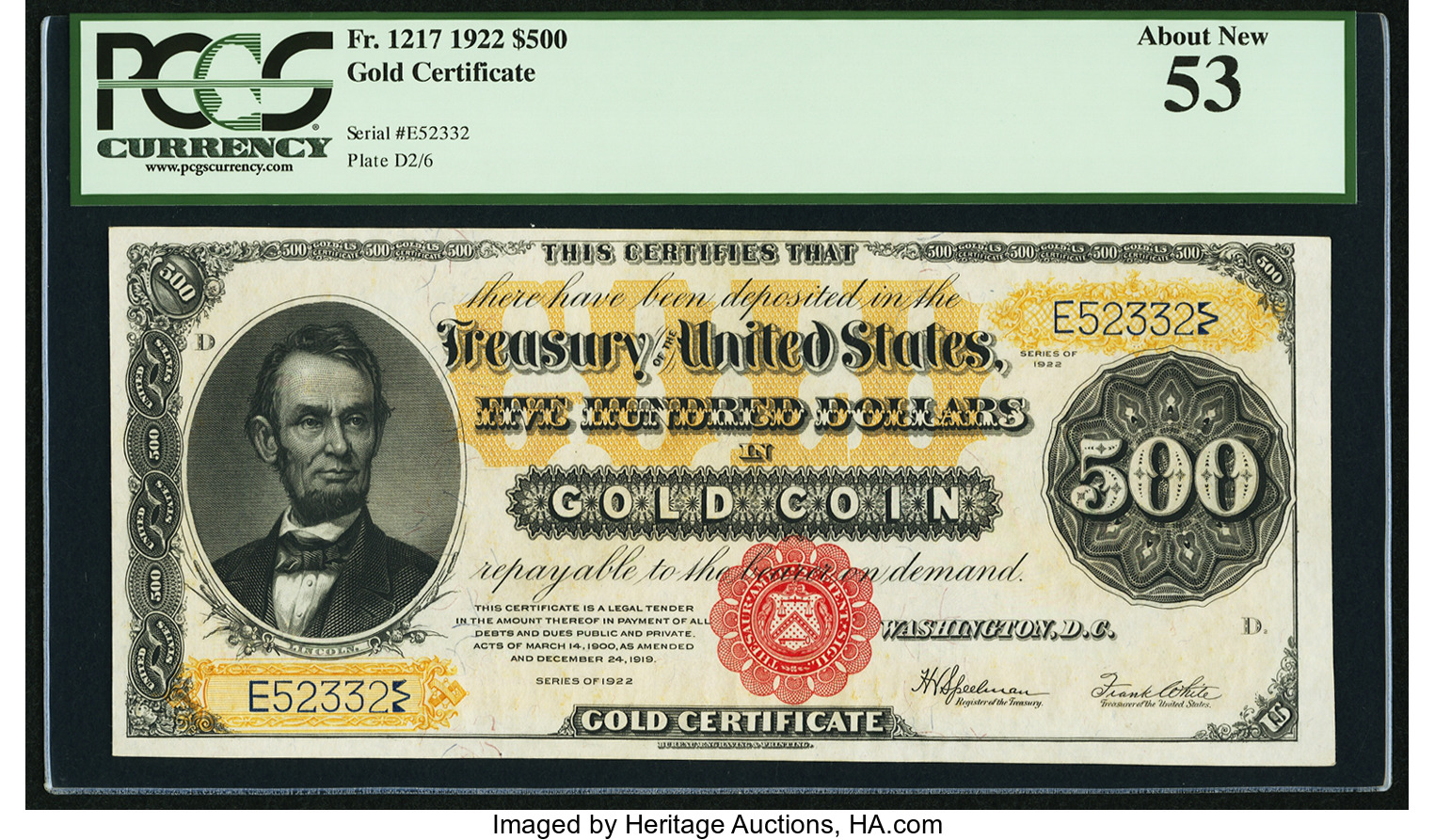 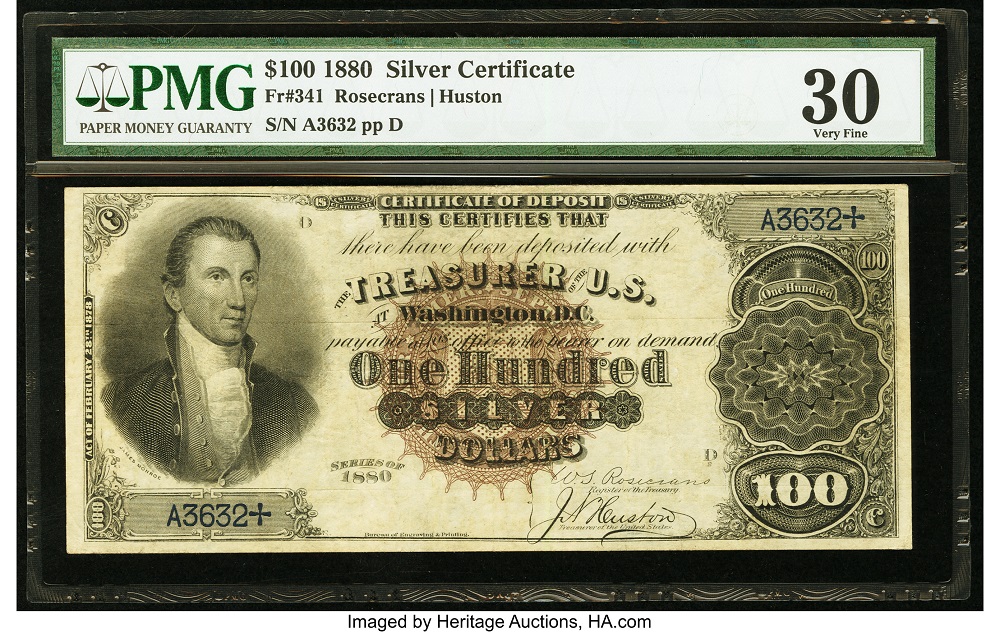 Speaking of eye appeal, a stately 1880 $100 Black Back Silver Certificate, Very Fine-30 — one of only 25 known to exist — sold for $87,000. The coveted note is well known among collectors for its overly large portrait of President James Monroe and the bold printing of the words SILVER CERTIFICATE on the reverse. 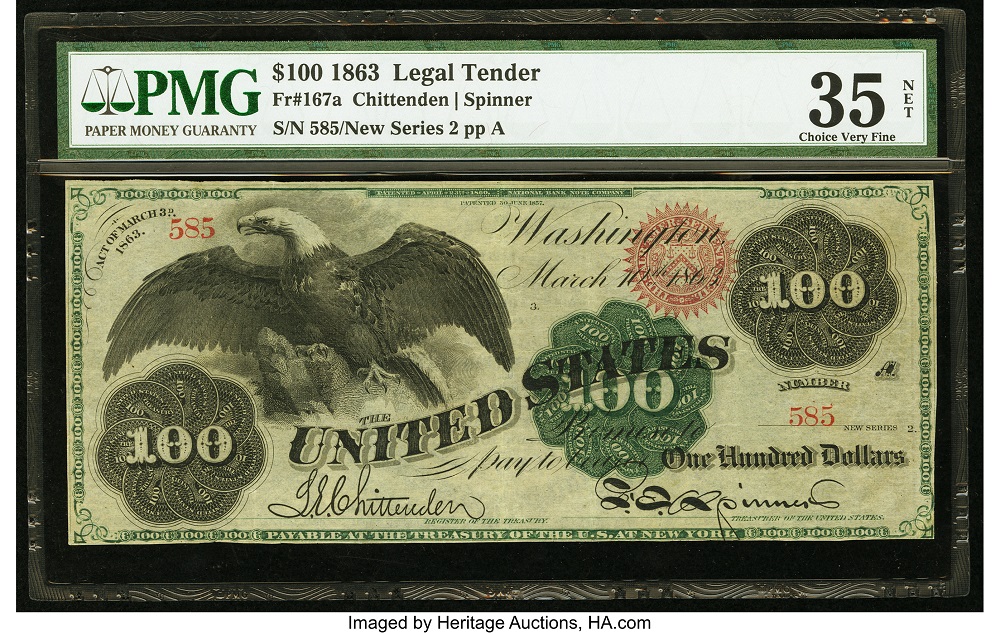 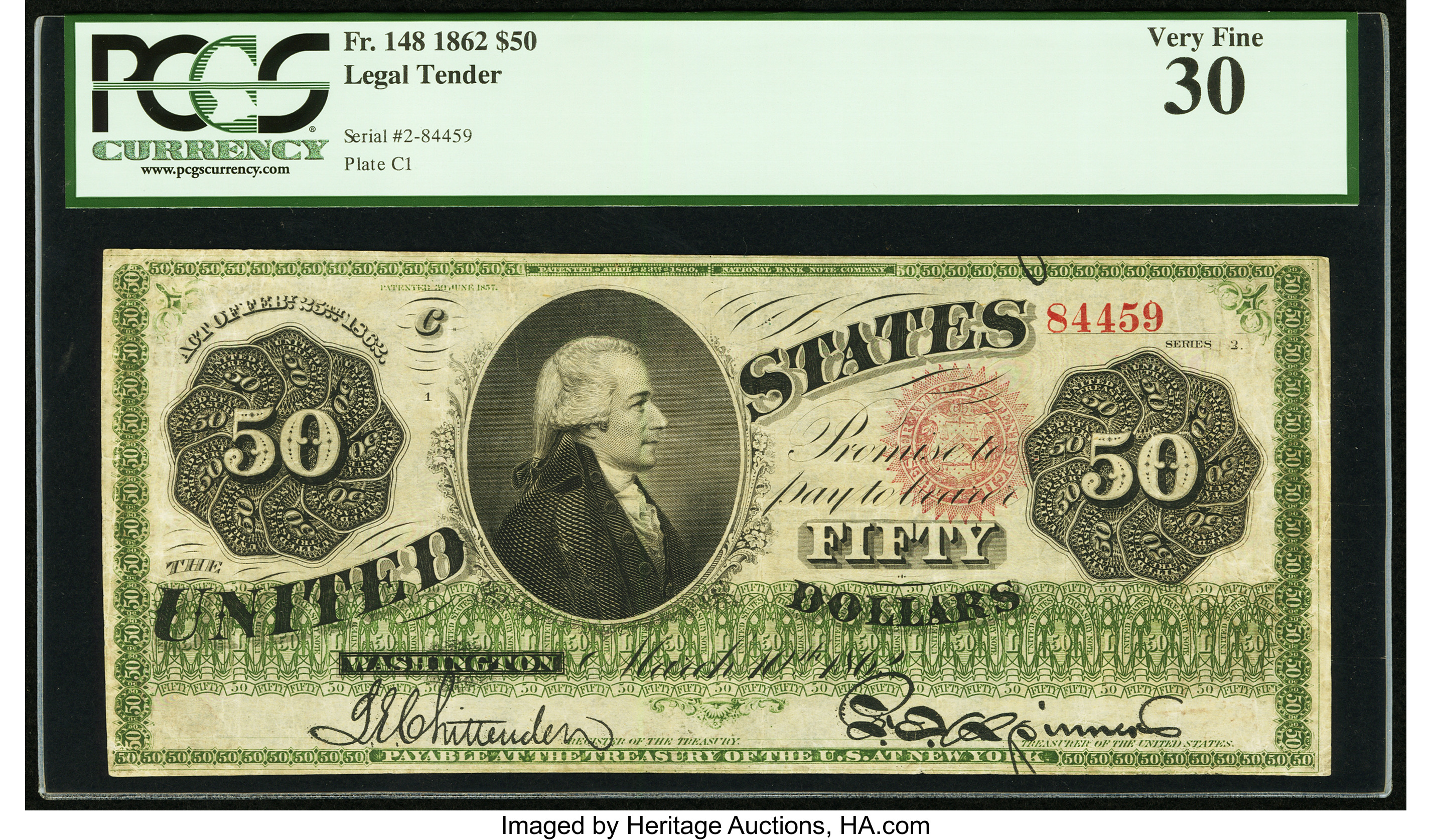 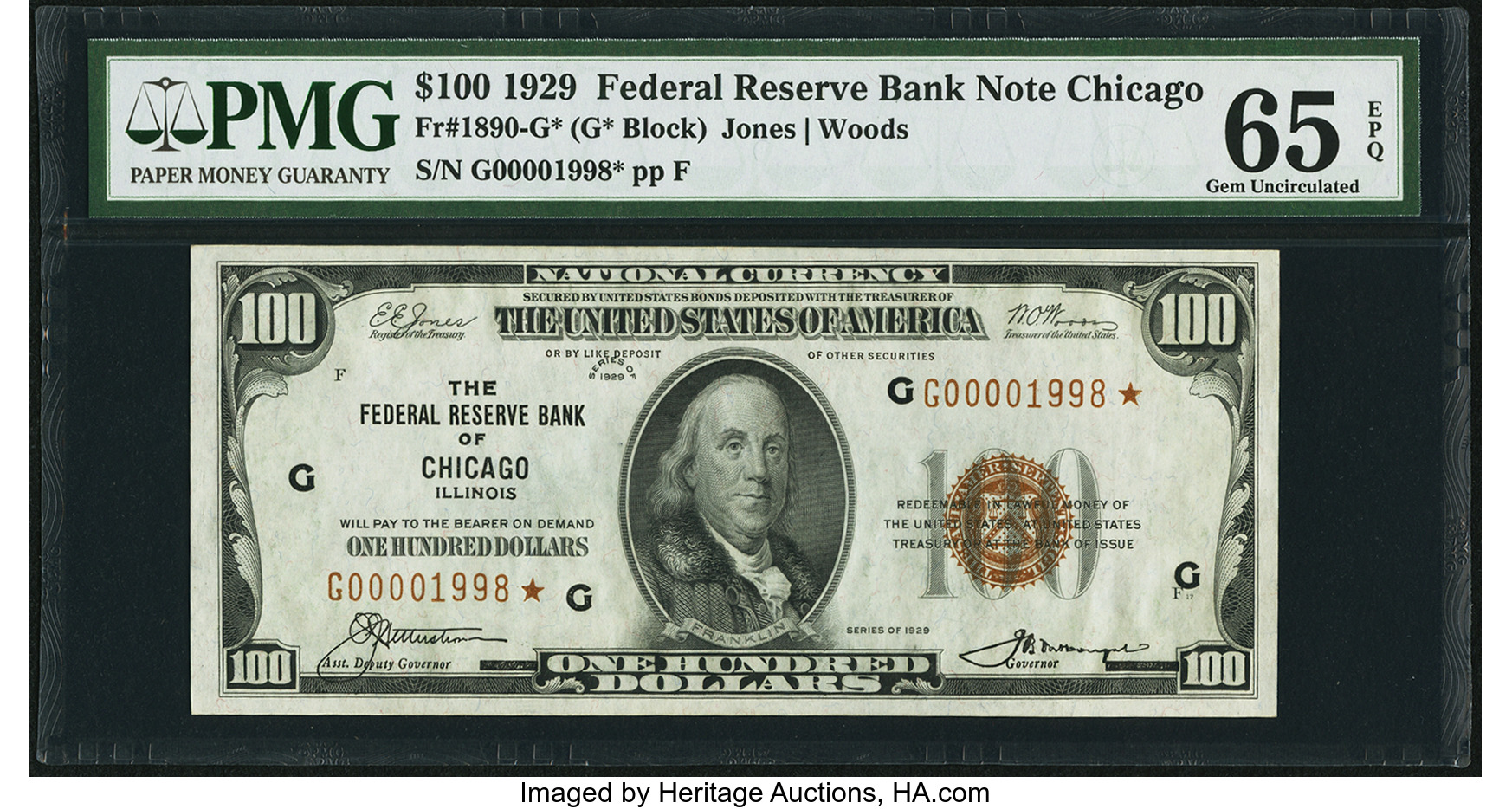 A popular auction-house website, Heritage Auctions has over one million registered bidder-members and searchable free archives of four million past auction records with prices realized, descriptions, and enlargeable photos. Reproduction rights are routinely granted to media for photo credit.