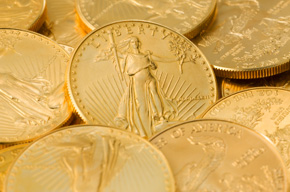 Let’s see.  The Eurozone is having so many issues trying to patch together solutions to debt problems over the past two weeks that it seems like the finance ministers are literally attending emergency meetings about every other day.

President Obama’s alleged program to create American jobs met such poor public reception (and even complaints from his fellow Democrats) that he was forced make additional speeches and propose even more repetition of similar past failed programs pushed by him and preceding administrations.

Yesterday, Moody’s Investor Services cut the credit rating of the long-term debt of Bank of America Corp. and Wells Fargo & Co. and of the short-term debt of Citigroup Inc.  The drops were triggered by fears that the US government may be less willing to support these banks if they run into future financial troubles.  These were the three banks that received some of the largest bailouts from the US government since 2008.

On Tuesday, Olivier Blanchard, the chief economist at the International Monetary Fund (IMF), said that the world economy has entered a “dangerous new phase.”  The IMF downgraded its economic outlook through the end of 2012 for the United States and the European nations that use the Euro.

Blanchard also said, “Markets have clearly become more skeptical about the ability of many countries to stabilize their public debt.  Fear of the unknown is high.”  He urged US and European policymakers to act more decisively to cut budget deficits.

With such horrible news on both sides of the Atlantic, the US dollar and stock markets ”should be” plummeting while the prices of gold and silver are jumping to higher levels.  So what has actually happened?

US stock market indices, especially the Dow Jones Industrial Average, were blatantly manipulated to keep them from showing much of a decline last week and early this week.  The news finally got so bad that the indices have fallen yesterday and today.

Perhaps because investors have a greater fear of the Eurozone problems than those in the US, the US Dollar Index has actually increased over the past two weeks.  On September 6, the Index was 75.99, while yesterday it closed at 77.47.

At the conclusion of their meeting yesterday, the Federal Open Market Committee (FOMC) announced a stimulus program whereby $400 billion of US Treasury debt with short term maturities (3 years of less) held by the Federal Reserve would be rolled over upon maturity into long term US Treasury debt (6-30 years).  The image the FOMC is trying to create is that they are not inflating the money supply by merely changing maturities of total debt.  In response to this announced commitment to suppress long term US Treasury debt interest rates, the 10-Year Treasury debt interest rate fell to 1.86% yesterday, the lowest yield in the history of this debt!

The prices of gold and silver were under siege all last week.  This morning, the bottom really fell out, where gold dipped all the way to $1,721 and silver to $36.44.  It was almost exactly a month ago that these metals hit intraday peaks at $1,922 for gold and just over $44.00 for silver.

For gold to have fallen more than 10% and silver 17% in the past month, it is sensible to ask the question as to whether both metals really might have reached a market cycle peak.  To answer that question requires looking at more than just the movement of precious metals prices.

Large US and international banks are being allowed to report significant holdings of high risk debt (including some that are virtually worthless) as being worth full face value.  For instance, US banks are slowing down the foreclosure of delinquent mortgages.  While ensuring that the paperwork is properly completed is a valid reason to draw out the process, I have heard stories of people who have not made a mortgage payment for more than five years and have not yet been contacted by their banker!  So far, European banks are pretending that their Greek government bonds with a credit rating of junk status still deserve to be listed as an asset at 100% of face value.  Even though European and American financial company stocks have plummeted this year, a correct analysis of their loan portfolios would almost certainly show them to be in worse financial condition than they are reporting.

No matter how dismal the IMF financial forecasts have been for the US and Europe over the past few years, they have turned out to invariably be more optimistic than what really occurred.  Even Blanchard admitted that the latest projections of economic growth through 2012 are higher than the US and European economies are achieving right now.

I predict that the announcement by the Federal Open Market Committee that they are not going to increase the money supply, only replacing maturing US Treasury debt with new debt of longer maturities, will turn out to be a big fat lie.  Further, I think the members of the FOMC already know it to be a lie.  Instead, I anticipate that the Fed will fully replace $400 billion of short term maturity debt on the sly, so as not to disrupt investor demand for such vehicles.  That would mean that the Fed would end up creating another $400 billion increase in the money supply.  I’m sure it will be disguised by calling it a different name (maybe even calling it something related to “jobs creation”), but it will still be quantitative easing.  Already, since the June 30 expiration of QE2, Fannie Mae and Freddie Mac have been injecting about $25 billion a month more into the money supply, but you probably wouldn’t know this if you only paid attention to the mainstream media.

The other problem with the Fed putting itself into the position of suppressing interest rates for long term US Treasury debt is that it will drive away other investors who refuse to accept such a low return for the long term.  Since last November, the Fed has been buying about 70% of new long term US Treasury debt issues.  I would not be surprised if it were forced to buy up 90-95% of such issues in the coming months.

Last, you have to consider the implication of the Fed not openly creating new money to throw at a financial problem.  It is possible that could be a signal that the Fed is running out of ammunition to prop up stock markets, hold down interest rates, and suppress gold and silver prices.

One of my reliable sources has told me that there are a massive amount of pre-positioned buy orders for gold in the London market, the world’s largest gold trading venue.  Some of the orders are for multiples tons of the yellow metal.  Pretty much all of the buyers are Asian, with buying trigger levels between $1,715 and $1,760.  He said that if gold were to somehow make it down to $1,715 that there would not be enough physical gold in the world to meet demand, no matter whether central banks decided to unload.  My source commented that any time a central bank might release any gold that it is immediately purchased and put into storage for an Asian buyer.  This certainly tells me that there is little downside for gold’s price, and almost certainly a lot of upside.

I don’t have quite the same depth of information on the silver market, but there are also large orders being exercised today with the price dip.  In Asian markets yesterday, physical silver for local delivery was trading about $2.50 above the world spot price, which is a clear sign that there is a shortage of physical supply.  I’m confident that demand will take metal off the market at much higher than current prices, but it is still susceptible to a further dip before that happens.

One other factor to consider is the shortage of vault storage for gold and silver bullion.  Some storage facilities are so close to capacity (either in physical space or the limit of their insurance coverage) that they cannot accept any new customers.  There are current plans to expand or build new storage vaults in Britain, Switzerland, Singapore, Hong Kong, Australia, the US, and elsewhere.  Annual storage rates have increased to as much as 1% of value.  Some of the planned new storage facilities are likely to impose limits on their insurance coverage.

There are many more factors to consider in judging whether gold and silver prices have peaked.  Please refer to my prior columns and the writings of others for more details.  Still, just from the information I list in this report, it seems obvious to me that the global financial problems have not been cured, the US dollar is on the brink of a further decline in value, and that gold and silver prices are destined for much higher levels.  My earlier forecast of at least a 50% chance that the price of gold might reach $2,000 by the end of September may turn out to be premature, but I fully expect it to get there by next summer at the latest.