ACTF Steering Committee members serve as leaders of more than a dozen Work Groups comprised of some 40 experts who volunteer their time and expertise to advance the mission of the task force, which includes mobilizing law enforcement to combat counterfeiting and providing training and education for law enforcement, the numismatic community, and the public about counterfeits of circulating, collector, and bullion coins as well as precious metals bars. 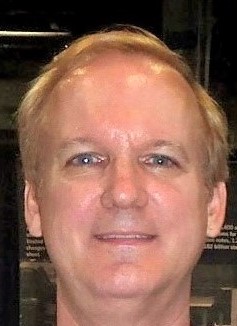 Allen is president and chief manager of Greg Allen Coin, LLC. He has been an active ICTA Board member since 2008 and has been an ACTF Steering Committee member since its inception in 2017, where he also chaired the Laws and Regulations Work Group. He also serves as secretary of the board of directors of the non-profit Anti-Counterfeiting Educational Foundation.

Allen succeeds Joe DeRosa of Loomis International, who served as the first chair of the ACTF Steering Committee. DeRosa will continue to serve as a member of the Transport/Storage Security Work Group.

Diehl also announced the establishment of the World Mints Work Group, a new group under ACTF’s umbrella that will bring much-needed expertise to assist law enforcement in dealing with counterfeits of popular bullion coins and bars sold throughout the world.

Other ACTF changes include three new appointees to work groups and the reorganization of two work groups.

Lee Anne Patterson and Robert Oberth will join the Research Work Group. Patterson represents Stealth Mark, a company engaged in developing anti-counterfeiting technology and mapping behavior patterns of those intent upon doing harm to the coin industry by devaluing the market with counterfeits. Oberth is the founder of Coin Dealers Helping Coin Dealers Roundtable Group, currently comprised of more than 800 dealers.

The Industry Council for Tangible Assets is the watchdog for the rare coins, currency, and precious metals, bullion communities. A 501(c)(6) non-profit association, ICTA is supported solely by dues and contributions. ICTA’s mission is to maintain an appropriate and favorable regulatory climate in the United States and the individual states. ICTA also offers its members assistance and information on new and existing laws and regulations and promotes harmony and cooperation among its members to advance the welfare of the industry. In 2017 ICTA formed the Anti-Counterfeiting Task Force to combat counterfeit coins and paper money entering the U.S. marketplace. ACTF is supported entirely by donations. For information about the ACTF contact Beth Deisher at or mobile phone: 419-517-3073.