The Bank of Greece will issue (18th April) new gold collector coins which are part of their ongoing series entitled “Greek Culture,” that highlights various themes throughout Hellenic history. The 2019-dated coin focuses on the legendary historian Thucydides (c. 460–c. 404 B.C.), a noteworthy figure from the ancient Grecian era, who is remembered for his stark recounting of the struggle between Athens and Sparta in the fifth century B.C. 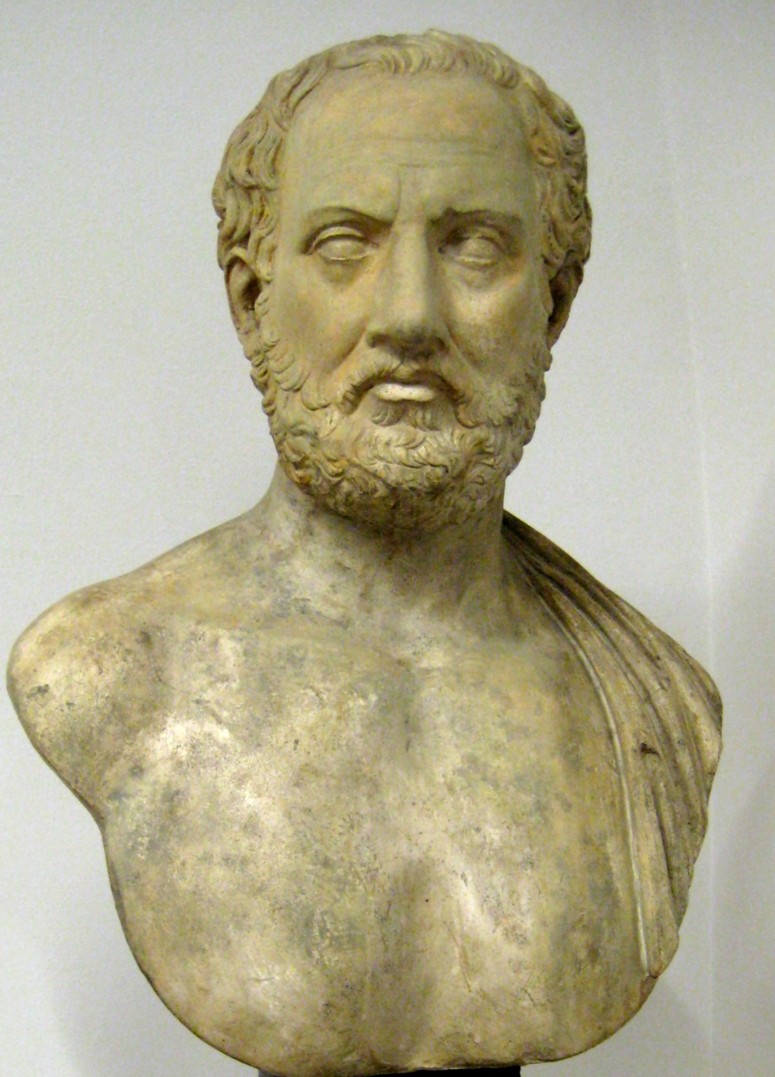 The son of Olorus, historians believe the family were not Athenians, as the origins of Olorus’ name was probably of Thracian descent on his mother’s side. Though Thucydides was himself Athenian, little is known about his earlier life except for what he disclosed from his writings. Even his exact year of birth is uncertain but believed to be no later than 460 B.C., since, in the year 424 B.C., he was perhaps 30 years of age when he was elected one of 10 stratēgos, who were military magistrates of great importance. Thucydides was certainly in Athens during the great pestilence of 430–429 B.C., and it is known that he caught the disease himself and recorded the sufferings of others. His literary recordings begin in the year 431 B.C. with the events which provoked the war.

As an appointed stratēgos, he was given command of the fleet in the Thrace-ward region, based at Thasos, but failed to prevent the capture of the important city of Amphipolis by the Spartan general Brasidas. In retaliation, a sudden attack was launched by Brasidas in the middle of winter, and because of this, Thucydides was recalled, tried, and sentenced to exile.

Exile, it seemed, gave Thucydides greater opportunity for undistracted study and to compile his History. Additionally, he used it for travel and to develop more extensive contacts, especially on the Peloponnesian side, with Sparta and its allies. Having survived the war, his exile ended with its conclusion and the fall of Athens in 404 B.C., and although the manner of his death remains a mystery, it is believed that it may have resulted from a violent climate in the city at the time, as Athens suffered turbulent times before a settled peace. His recordings, the History, which is divided into eight books, and perhaps not by Thucydides’ design, stops in the middle of the events of the autumn of 411 B.C.

His work is mainly well-remembered for his record of Pericles’ speech about those killed in the first year of the war. The account is the most glowing reference of Athens and Athenian democracy that any leading citizen could have hoped to hear. His tomb and a monument to his memory were still part of the Athenian landscape well into the second century A.D. Thucydides’ works were meticulously translated by the English scholar and philosopher Thomas Hobbes (1588–1679), directly from Greek into English, in 1628.

The Hellenic State Mint produces the Proof-quality gold coins at their facilities in Athens on behalf of the Bank of Greece and are designed by the well-known engraver-artist George Stamatopoulos. The obverse side includes a historically accurate image of Thucydides facing to the right, which is based on an original marble bust from the early 4th century B.C. Placed to the right of the image of Thucydides is the Greek text ΘΟΥΚΥΔΙΔΗΣ, seen along the upper edge of the coin. The year of issue, 2019, is also placed to the right of the primary design, along with the mint mark of the Hellenic Mint. A traditional Greek key border surrounds the design.

The reverse includes the official crest of the Hellenic Republic centred, with the text ΕΛΛΗΝΙΚΉ ΔΗΜΟΚΡΑΤΊΑ shown above the crest while the denomination of 200 ΕΥΡΩ is seen below. A traditional Greek-key border motif also surrounds the design.

Each coin is encapsulated and presented in a polished wooden box and is accompanied by a certificate of authenticity.

For the purchase of one coin set per person after their official release date, collectors residing in Greece can visit the Bank of Greece in Athens in person. Those outside Greece are asked to e-mail a request using the relevant ordering form to the following mailing address: .