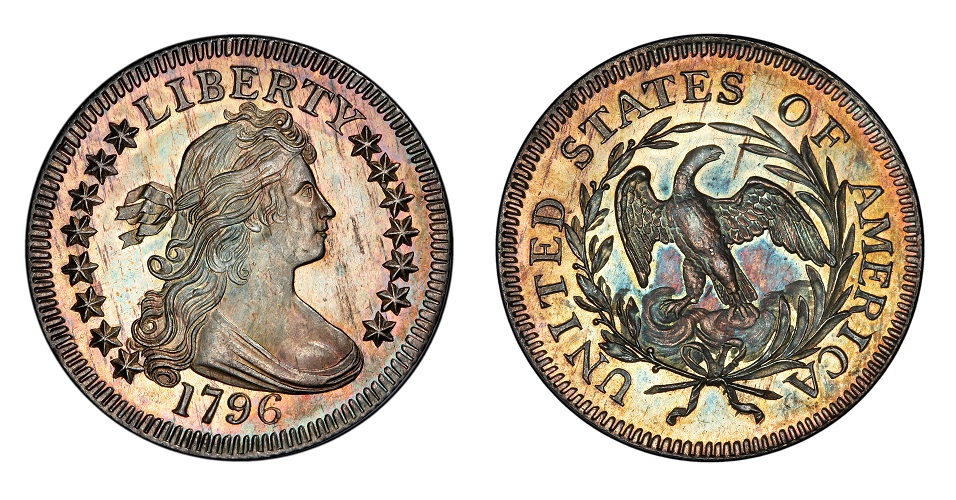 Represents a 38% premium to PCGS Price Guide value of $1.7 million.

(Irvine, California) January 11, 2022 — As the first major U.S. coin rarity to transact in 2022, GreatCollections is pleased to announce the acquisition of one of the finest 1796 quarters known at $2.35 million. Formally from the Pogue Collection, it is graded MS-66 by PCGS with CAC approval.

Representing a 38% premium to the PCGS Price Guide value at $1.7 million, the sale further confirms the strength of the overall coin market, after a significant number of record prices were set in the second half of 2021.

“We have wanted to acquire this particular 1796 quarter for some time due to its superior eye appeal. It ranks as the second finest with CAC approval with an impeccable pedigree dating back over a century. This is a coin that is highly sought after in all grades, needed for sets of quarters, type sets, collections of key dates, not to mention rarity collectors,” said Ian Russell, president of GreatCollections.

GreatCollections purchased the coin from Blake Duncan of U.S. Coins based in Houston, who had previously sold the coin to a private collector two years ago. 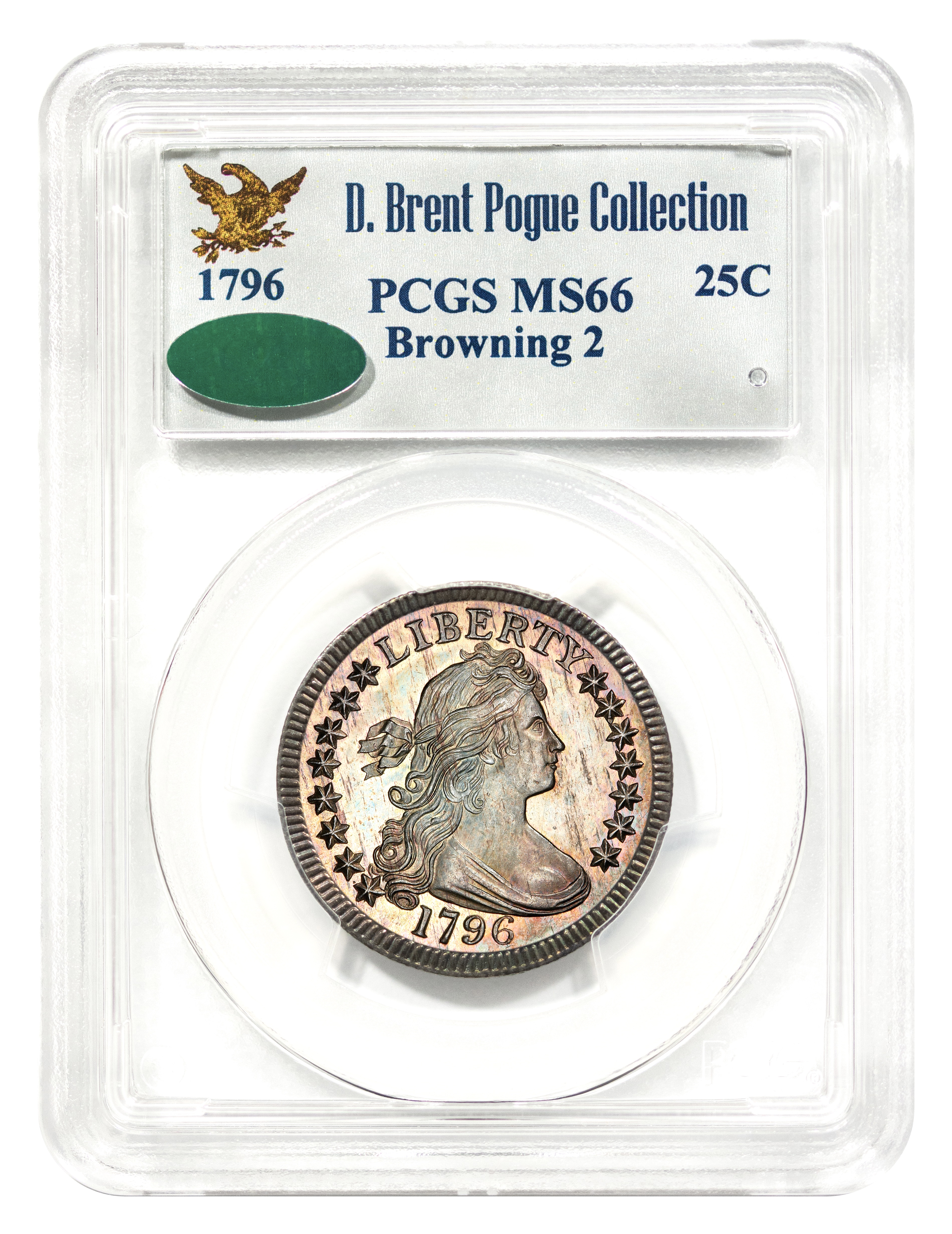 The pedigree of this particular 1796 quarter dates back to 1922, where it was sold as part of the Ten Eyck Collection. It then appeared in the 1960 auction of the Milton A. Holmes Collection. In 2015, its last auction appearance was part of the impressive Pogue Collection, of which it was considered one of the special highlights.

All one-year type issues are popular among collectors, but in addition, 1796 was the first year that the quarter denomination was issued for the then-young United States. It took another eight years before they were issued again in 1804, and by then, the design had changed with the addition of “25” for the denomination and “E PLURIBUS UNUM” both on the reverse.

This is yet another major rarity to be acquired by GreatCollections over the past 12 months. Other high-profile rarities include the finest 1804 Draped Bust silver dollar PCGS Proof-68 for $7.68 million, 1861 Paquet Liberty gold Double Eagle PCGS MS-67 CAC for $7.2 million and 1794 Flowing Hair silver dollar PCGS MS-66+ CAC for $6.6 million. In November, GreatCollections purchased the finest 1913 Liberty nickel and second 1804 Draped Bust silver dollar in a three-coin transaction for $13.35 million.