On September 4, 2014, the United States Mint and National Park Service held the official launch ceremony for the Great Sand Dunes National Park Quarter. This represented the twenty-fourth release within the America the Beautiful Quarters Program, which features a national park or site from each state, territory, and the District of Columbia. 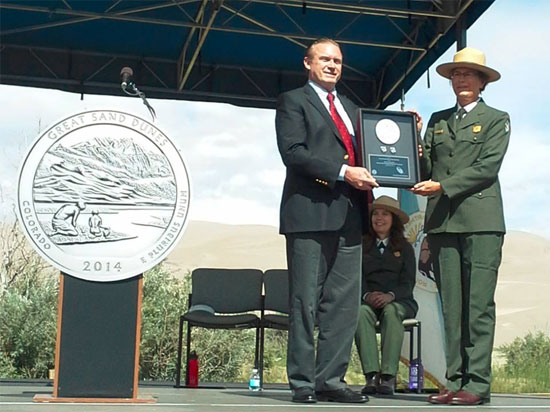 During the ceremony, David Croft, Associate Director of Manufacturing for the United States Mint, said, “With its awe-inspiring combination of desert dunes, high mountain peaks, and flowing Medano Creek, I can see why Great Sand Dunes National Park and Preserve was chosen to represent the state of Colorado in the America the Beautiful Quarters Program.” 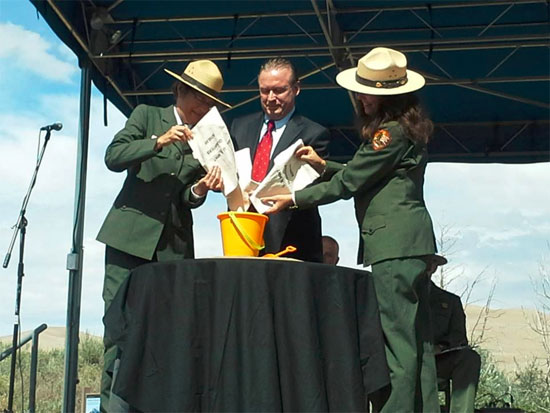 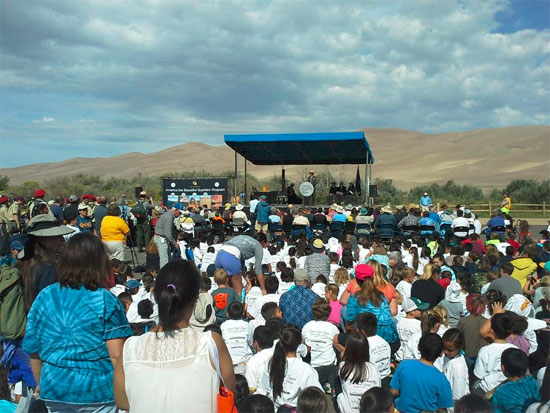 An estimated 3,000 people were in attendance at the event. Following the launch ceremony, attendees were allowed to exchange their currency for rolls of the new Great San Dunes National Park Quarters. 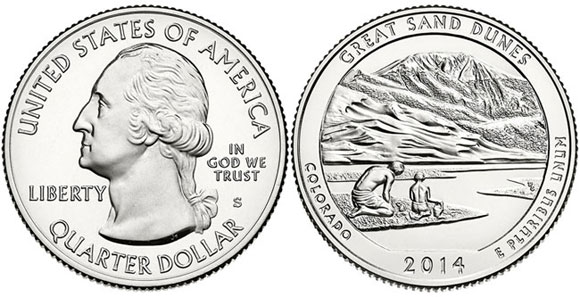 The reverse design of the coin features a depiction of a father and son playing in the sand next to the creek bed, with the distinctive mountains and sand dunes shown in the background. The reverse was designed and engraved by Don Everhart. The obverse contains the 1932 portrait of George Washington by John Flanagan.

The Great Sand Dunes Quarters were officially released into circulation by the Federal Reserve on August 25, 2014. On the same date, the United States Mint began accepting orders for numismatic bags and rolls containing circulating quality examples of the coins from the Philadelphia, Denver, and San Francisco Mint facilities.

The next release of the America the Beautiful Quarters Program will features Everglades National Park in Florida. The coin is scheduled for release into circulation on November 3, 2014.