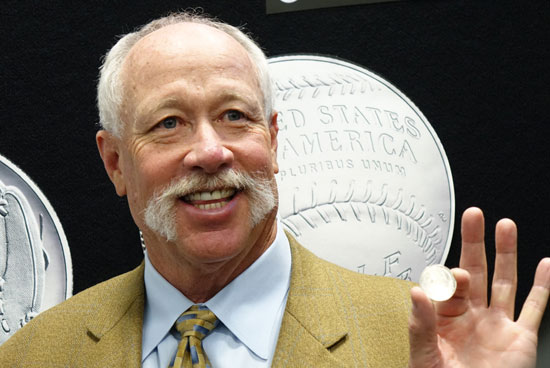 Gossage had a chance to strike the uncirculated clad half dollar for the commemorative coin program. Clad coins consist of an inner core of copper with outer layers of a nickel-copper alloy.

The gold and silver versions of the 2014 National Baseball Hall of Fame Commemorative Coins have already sold out, which Gossage said didn’t surprise him because “there are so many great baseball fans.”  The clad half dollars are the only versions that can now be ordered, with a maximum mintage of 750,000.  As of May 12, more than 154,000 of the clad proof coins and more than 92,000 of the clad uncirculated coins had been sold.  All versions of the coin are curved. The obverse or ‘heads’ side of the coins depict baseball glove while the reverse or ‘tails’ side depict a baseball. 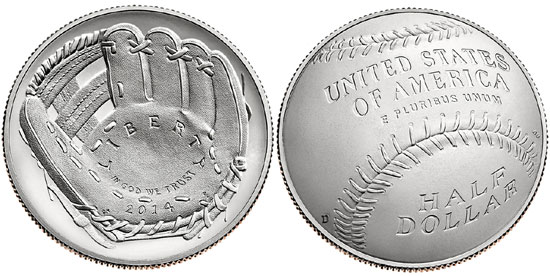 Toolmaker Jeff Stambaugh explained the process of making dies, while die setter Ed Gearinger talked Gossage through the actual striking of the coin. 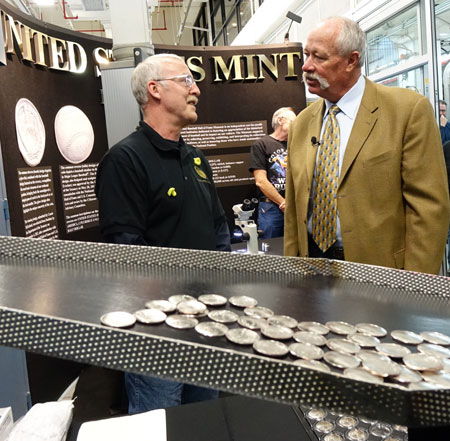 During the visit, Gossage also toured the circulating and numismatic coin divisions.  The Hall of Famer learned about the coils for circulating coins from Freddie Smith, a metal forming machine operator.  Then, he learned about the coin heating process from Gilbert Manzanares, a heat treater, before learning how 2014 Roosevelt dimes come out of a coining press from Matt Montoya, a metal forming machine operator. Last year, the Denver Mint manufactured more than 5.7 billion circulating and more than 27 million numismatic coins.

Gossage, who grew up playing baseball in the sandlots of Colorado Springs, spent a 22-year career as one of the top relievers throughout the 1970’s and 1980’s, winning a world championship with the New York Yankees in 1978.  The second man to record 300 saves, Gossage retired among the top five all-time leaders in games pitched, relief innings and relief strikeouts.  He was voted into the Baseball Hall of Fame by baseball writers in 2008.  Gossage said becoming a baseball Hall of Famer wasn’t his initial dream.

“My dream was to put on a big league uniform one time,” Gossage said.  “I would’ve paid them to let me play.”

Gossage said it was an honor to represent the National Baseball Hall of Fame for the visit, saying he still finds it hard to believe he has a plaque in Cooperstown, NY.