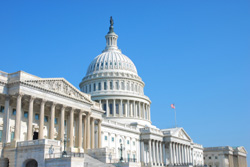 There are two significant events coming up in the first few days of November that some observers expect to have significant impact on the future of the US economy. First, the US elections occur on November 2. Second, the Federal Reserve’s Open Market Committee (FOMC) conducts their regularly scheduled meeting on November 2-3.

Right now, the general consensus is that the Republican party will gain a majority in at least one chamber of Congress, which implies that it will be more difficult for the Democratic president and the other chamber (if it remains with a Democratic majority) to quickly enact legislation without consideration of alternate points of view.

Some people are acting as if the anticipated surge in Republican political power will somehow magically lead to an improvement in the US economy. I don’t mean to be the bearer of bad news, but such hoped-for good economic news will not result from this possible political shift.

Much of the current economic crisis in the US has its roots going back decades in US government actions. Each succeeding president and Congress has simply added more laws to further strangle the economy. The current administration is not the first to work to destroy the US economy, though it has been more aggressive toward accomplishing that end.

By examining the past track record, it can be seen that when Republicans gain political power they do little to reverse the damage inflicted by past legislation. At best, and this does not always happen, Republicans might slow down new harm inflicted on the private sector.

Just to give one outrageous example from earlier this year, I do not expect the Republicans, even if the party manages to gain majorities in both houses of Congress, to completely repeal the health care legislation enacted in March.

In my judgment, no matter whether the Republicans succeed in gaining a majority in the Senator and/or the House of Representatives, the political problems wreaking havoc on the US economy will not be resolved. Therefore, I expect the financial problems in the US to continue to escalate.

There might be some investors who, thinking that somehow the economic outlook will improve, are jumping in to buy stocks “before prices rise further.” While I would not be surprised to see stock prices increase, I think stocks will generally continue their decade-long dismal performance when you factor in the decline in the value of the US dollar.

As for the FOMC meeting, there seems to be near unanimous expectation that another round of “quantitative easing” (plain language translation: inflation of the US money supply) will be approved. Rather than if, the question is how much US Treasury debt that the Federal Reserve will purchase. A survey of economists came up with estimates ranging from $200 billion to $1.7 trillion.

Gold and silver keep hitting new record highs, ignoring inflation, despite extraordinary efforts by the US government and its trading partners to slow down the rise. (It appears they have now lost the ability to suppress prices for more than about 24 hours.)

Still, there is only a comparatively small percentage of the US population who is protecting themselves against the further economic decline through owning an insurance position of gold and silver. Although demand for physical precious metals has been active the past two years and is still increasing, we are a long way from the gold and silver buying frenzy of late 1979 to early 1980 (or even late 2008).

Once the public becomes subject to higher consumer prices because of quantitative easing and realizes that the results of the 2010 elections are not going to cure America’s economic woes, that is when I expect the real rush to purchase gold and silver will start. Unfortunately, by then I fear that supplies of physical gold and silver will be difficult to come by, no matter how high the premiums rise.