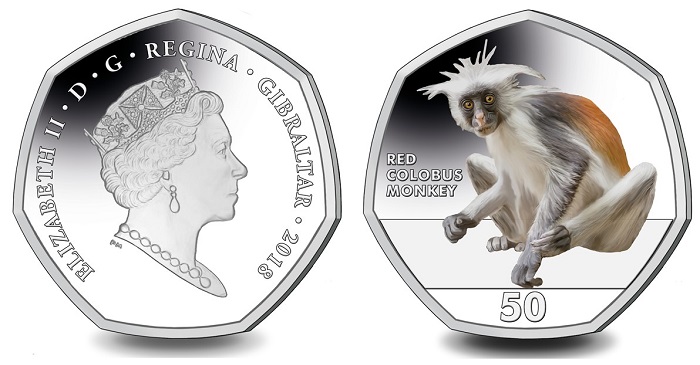 The government and treasury of Gibraltar have issued (4th June) the latest coin which is the third in the popular “Great Apes” series launched in March. Featured on the reverse of this coin is the red colobus monkey which can be found in Western, Central, and Eastern Africa. This species is tree dwelling and are specialised herbivores mostly active during the day. They live in groups of up to 100 individuals and are very social animals, like most primates. They are known to have special calls that communicate different messages ranging from those used for warning of danger to those for mating. As the red colobus are herbivores, their diet is made up mainly of leaves from over 60 different varieties of trees and plants. Most animals are unable to access the nutrition in leaves because they cannot digest or break them down for sustenance, but red colobus monkeys have evolved to develop a large four-chambered stomach filled with beneficial bacteria which allows them to digest the cellulose filled leaves. It has been reported that red colobus monkeys are probably the most threatened classification of primates in Africa as they are highly sensitive to habitat destruction and hunting. 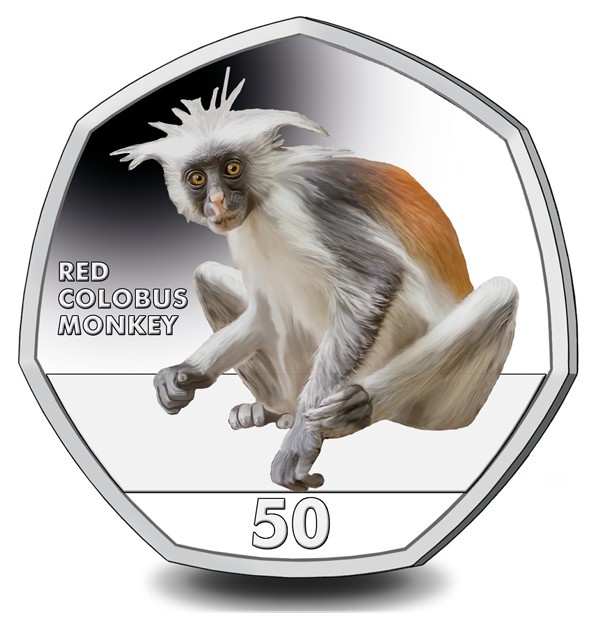 The seven-sided coin is produced by the Pobjoy Mint, at their facilities in Surrey, on behalf of the Treasury of Gibraltar. The reverse features a full colourised image of a seated adult red colobus monkey, the text RED COLOBUS MONKEY is arranged in three lines with the denomination of 50 placed under the image. 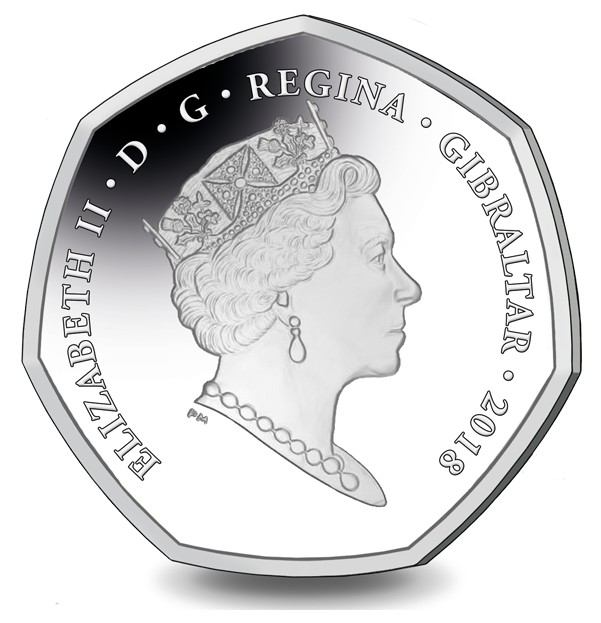 The obverse of the coin features a portrait of Her Majesty Queen Elizabeth II, which is an exclusive design of the Pobjoy Mint. 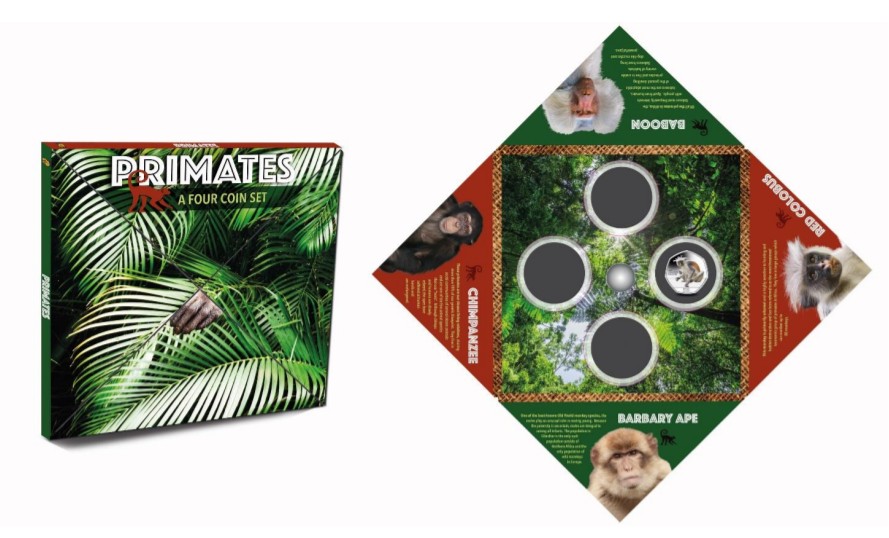 These endangered primates are the focus of this series in order to highlight the fact that they are in danger of becoming extinct. The coin is available in stunning colour and minted to a superior quality which is completed with the issue of the fourth coin in the series.

A special collector’s album with magnetic closure which accommodates this set of four coloured primate coins and also provides information about the individual primates is sold separately. The last coin in the series is expected in July and will feature the Baboon. For additional information on this coin and other coins issued from the Treasury of Gibraltar, please visit the website of the Pobjoy Mint. Items will be dispatched in chronological order from 13th June 2018, and over the next few weeks.