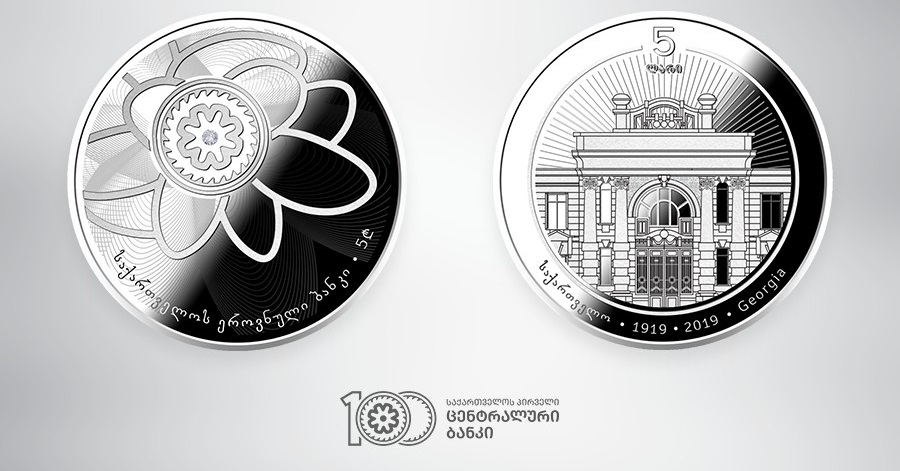 The National Bank of Georgia has announced the issue of silver Proof collector coins that are issued in celebration of the country’s first National Bank, which was established 100 years ago, in December 1919.

Georgia, a country in the Caucasus region of Eurasia, is located at the crossroads of Western Asia and Eastern Europe. Bound to the west by the Black Sea, to the north by Russia, to the south by Turkey and Armenia, and to the southeast by Azerbaijan, it has a long history as an independent entity. The last independent government lasted until 1801 when the last king of Georgia, Georgi XII (reigned 1798–1800), was forced to sign a decree incorporating the Kingdom of Georgia into the Russian Empire.

After the Russian Revolution of 1917 and the abdication of Czar Nicholas II in March the same year, the Transcaucasian Democratic Federative Republic, a federation consisting of the three nations of Georgia, Armenia, and Azerbaijan, was established. As the Ottomans, who were looking to take advantage of the now-defunct Russian Empire advanced into the Caucasian territories, Georgia declared its independence on the 26th May 1918.

However, with the emergence of the Georgian State after the collapse of the Russian Imperial throne in 1917, the country had the first opportunity since 1801 to re-establish its independence and as a consequence, national institutions such as a National Bank. It would be Konstantine Kandelaki (1883–1958), the minister of finance of Georgia at the time, who declared that the State Bank should be under the influence of neither private shareholders nor the minister of finance, as was the case with Imperial Russian banking practices. In that vein, the State Bank of Georgia was modelled on the example of Europe’s first Central Bank, the Riksbank of Sweden, which enjoyed an excellent reputation at the time. As such, on the 31st December 1919, the Georgian Democratic Republic passed a law on the “Establishment of the State Bank of Georgia,” thereby providing the basis for the legal functioning of a body for regulating the banking system and national monetary policy. During the Transcaucasian Republic and that of the Georgian Democratic Republic, the maneti was the currency which was established in May 1918 and existed until February 1921. The State Bank of Georgia issued maneti banknotes that subdivided into 100 kapeiki, but only banknotes in denominations from 1/2-manet to 5,000,000-maneti were issued.

Sadly, Georgia and her status as an independent nation did not last long. After an invasion by Soviet red soldiers, the state was re-absorbed into what would become a multi-national entity that would be known as the Soviet Union in February 1921. After the Soviet Russian Red Army invaded Georgia, the parliament of the Democratic Republic of Georgia decided that the government should go into exile and continue to function as representatives of the National Government of Georgia. It would not be for another 70 years that an independent Georgian state would emerge. With the imminent collapse of the communist authority in the USSR, a pro-independence movement led to the secession from the Soviet Union in 1991 with an official declaration on the 9th April, which was finalised on the 25th December the same year. A new National Georgian Bank was re-established between the country’s formal declaration of independence in 1991 and its finalisation. By 1993, the new bank replaced the former soviet ruble with provisional coupons, and in October 1995, the lari, the current currency of the Republic of Georgia, was introduced in denominations of one to 100 banknotes and a series of coins from one to 50 tetri. 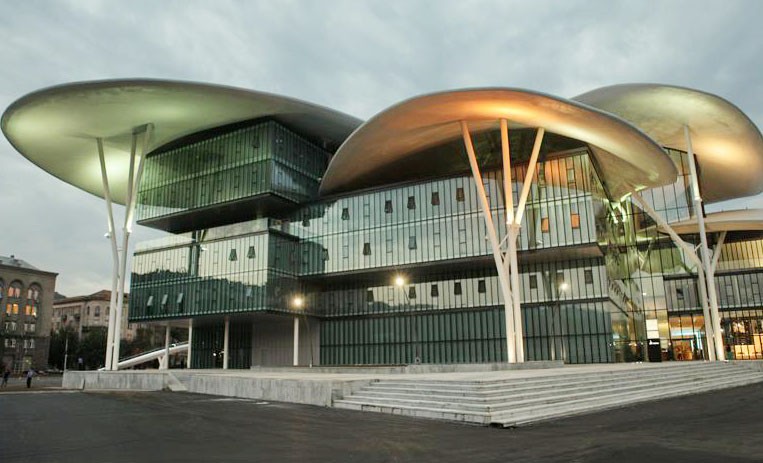 The coins are available at the cash centre of the National Bank of Georgia in Tbilisi from the 1st  October, from the Money Museum in the city of Kvareli, and online. Each coin is encapsulated and presented in a custom presentation case accompanied by a certificate of authenticity. For additional information, please click here.

Coin images courtesy of the National Bank of Georgia.