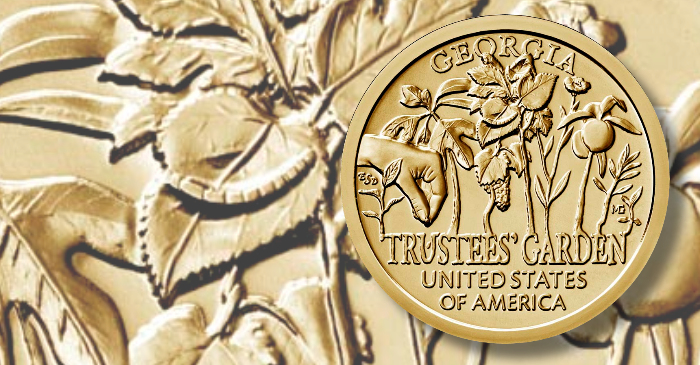 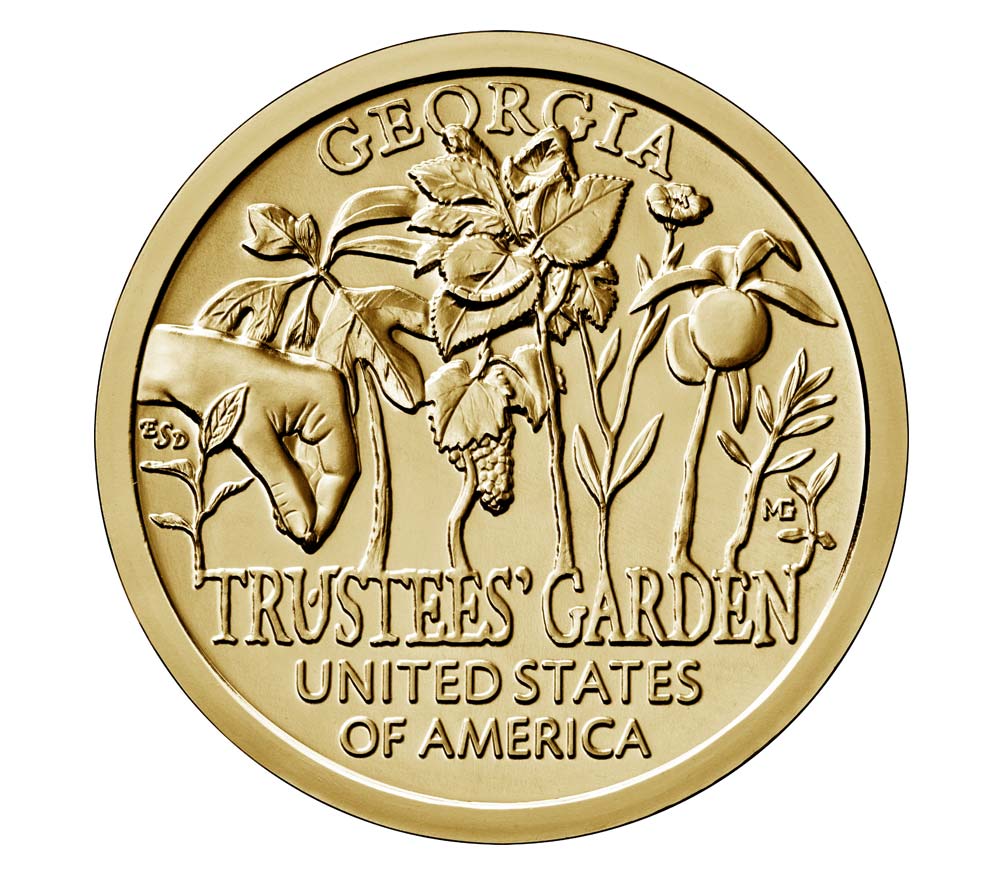 The reverse (tails) of the coin depicts a hand planting seeds in the inscription TRUSTEES’ GARDEN, from which grows a variety of species representing the variety of plants grown in the garden: An orange tree seedling, sassafras, grapes, white mulberry, flax, peaches, olive, and a young shoot too small to be identified. Inscriptions are UNITED STATES OF AMERICA and GEORGIA. 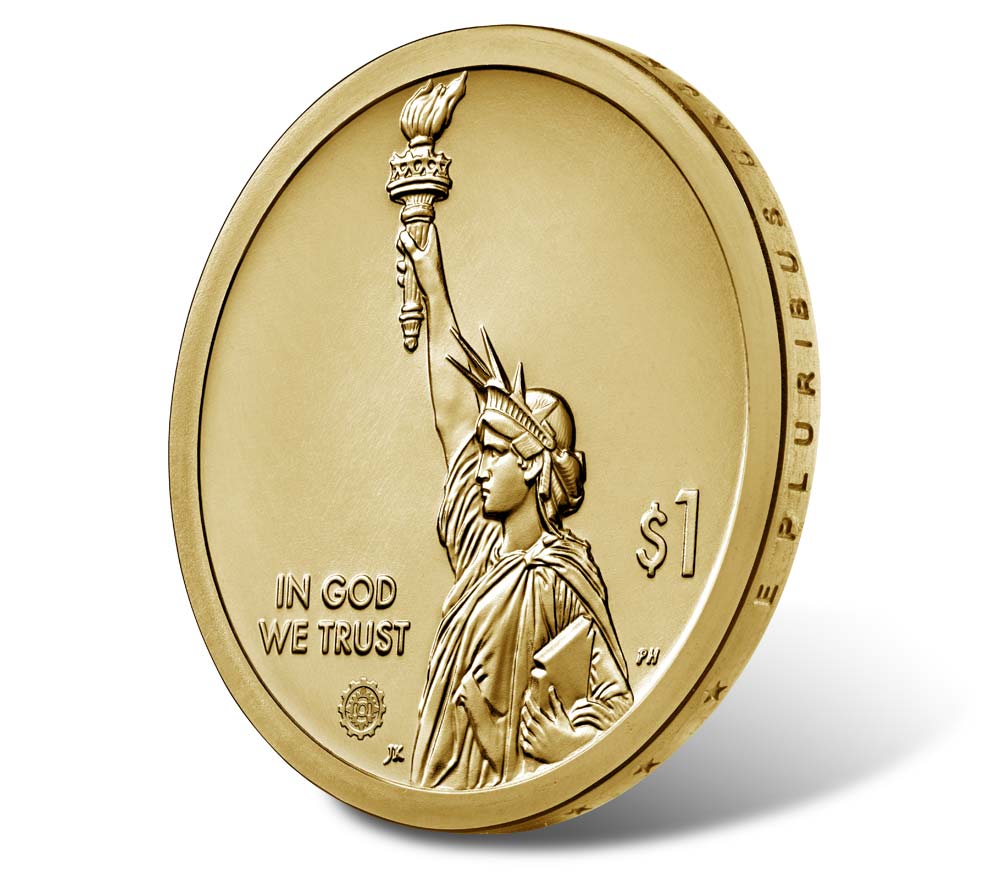 The obverse (heads) features a dramatic representation of the Statue of Liberty in profile with the inscriptions IN GOD WE TRUST and $1. The obverse also includes a privy mark of a stylized gear, representing industry and innovation. 2019, the mint mark, and E PLURIBUS UNUM are incused on the edge of the coin.

An informational four-panel envelope houses the coin. The certificate of authenticity is embedded in the packaging.

The Georgia American Innovation $1 Reverse Proof coin (product code 19GH) is priced at $11.50. Orders will be accepted online and at 1-800-USA-MINT (872-6468). Hearing- and speech-impaired customers with TTY equipment may order at 1-888-321-MINT. Information about shipping options is available at the Mint’s website.

Production of this coin is limited to 75,000 units. Orders are limited to five units per household for the first 24 hours of sales, after which the household order limit will be removed.

The American Innovation $1 Coin Program is a multi-year series featuring distinctive reverse designs that pay homage to America’s ingenuity and celebrate the pioneering efforts of individuals or groups from all 50 states, the District of Columbia, and the U.S. territories.