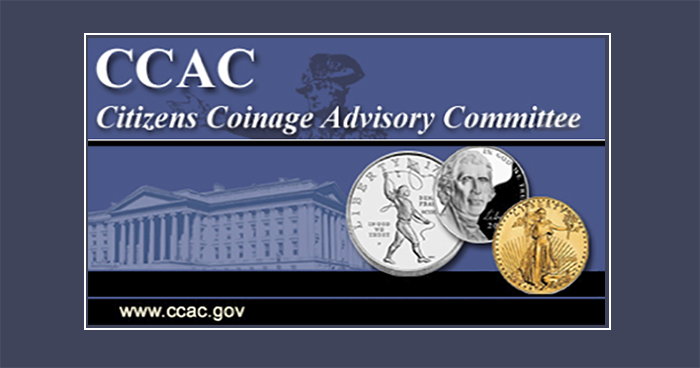 December 25, 2020, will bring an extra holiday gift to the coin-collecting community. On Christmas Day, the United States Mint will announce the design of the new “Washington Crossing the Delaware” quarter dollar. 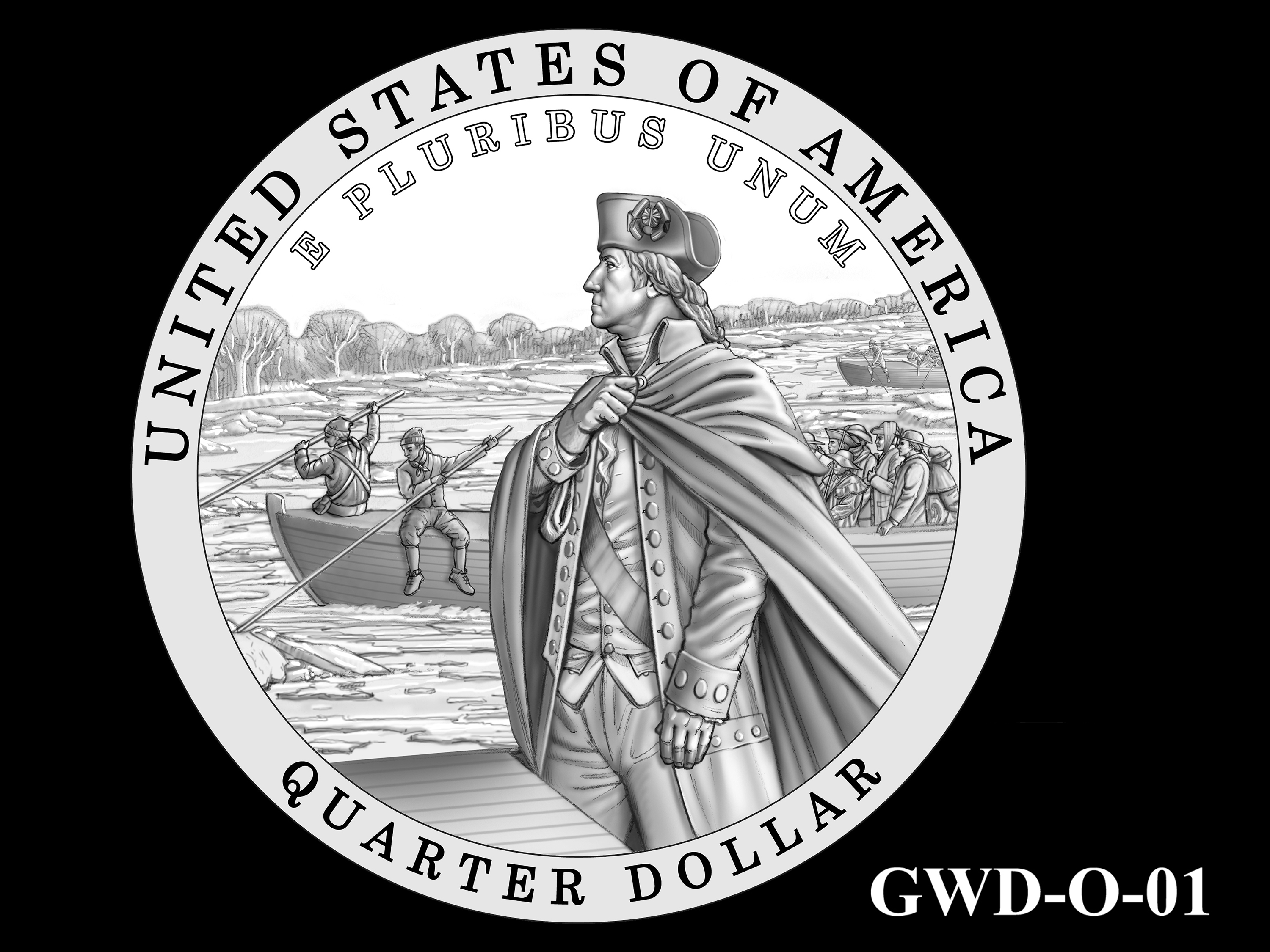 Since 2010 the Mint has produced circulating commemorative quarters honoring national parks, forests, and other sites of natural and historical significance, in the “America the Beautiful” coin program. Public Law 110-456 authorized a change to the reverse of the quarter dollar after this series concludes in 2021. The program’s 56th and final quarter (which honors the Tuskegee Airmen National Historic Site) will be released next year. After that, the law states, the reverse of the quarter dollar “Shall contain an image of General Washington crossing the Delaware River prior to the Battle of Trenton.” 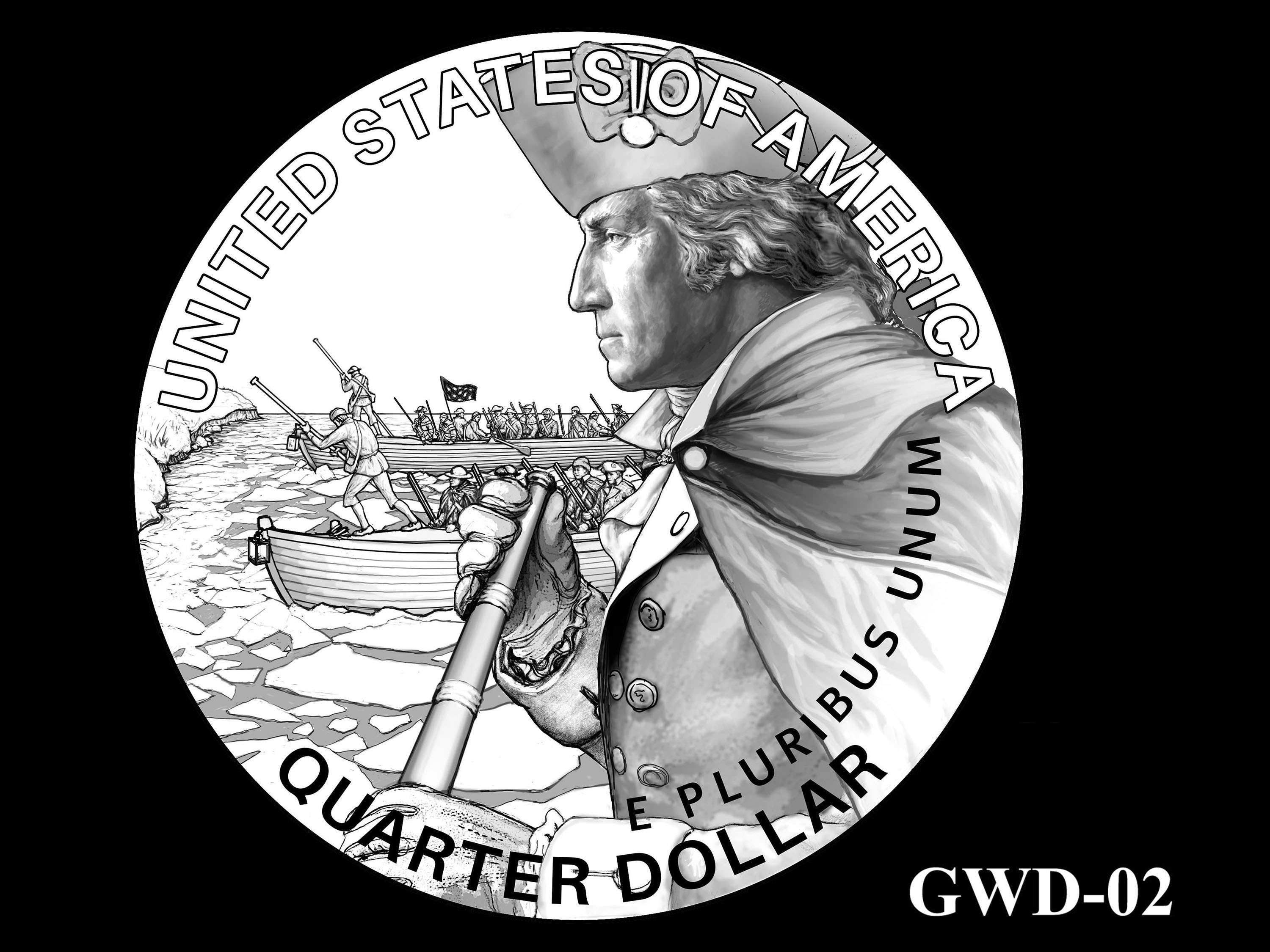 The Citizens Coinage Advisory Committee reviewed potential designs more than a year ago, in October 2019. Each of the candidates depicted General George Washington leading his troops across the ice-choked Delaware River during a Nor’easter, the evening of December 25/26, 1776. Their movement was part of Washington’s plan to surprise the British in New Jersey. The ensuing Battle of Trenton and later Battle of Princeton became turning points in the Revolutionary War. Washington gave hope to many patriots that the Continental Army could win American independence. 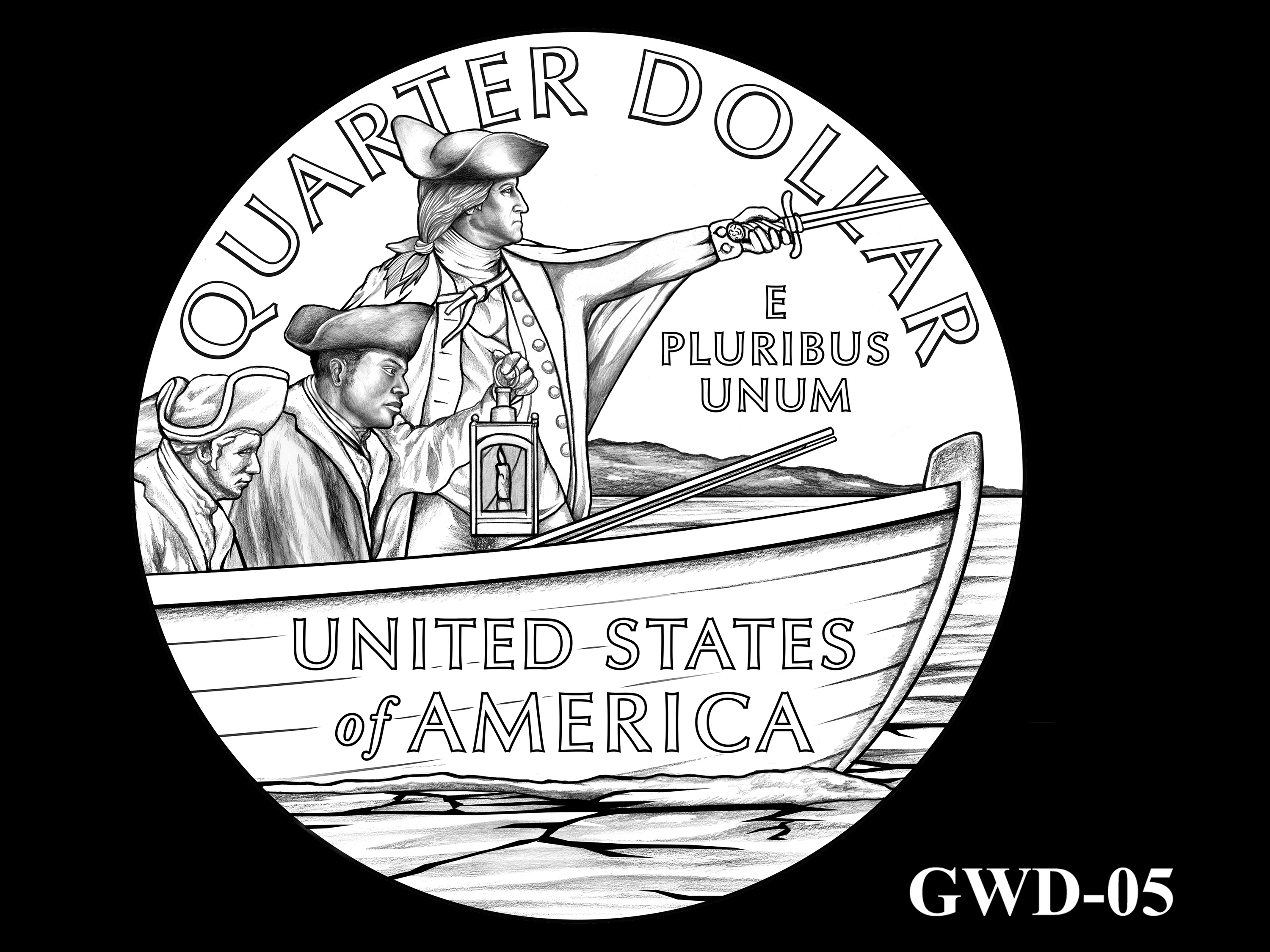 In the CCAC’s October 15, 2019, meeting, the Mint noted that “Artists were charged with finding a fresh perspective to depict the theme and encouraged not to recreate the 1999 New Jersey quarter which evokes the famous painting by Emanuel Leutze. The racial diversity present in Washington’s troops is represented, as is the Grand Union Flag which was the flag in use at the time of the crossing.” The Mint worked with curators at Mount Vernon to ensure historical and technical accuracy in the designs. 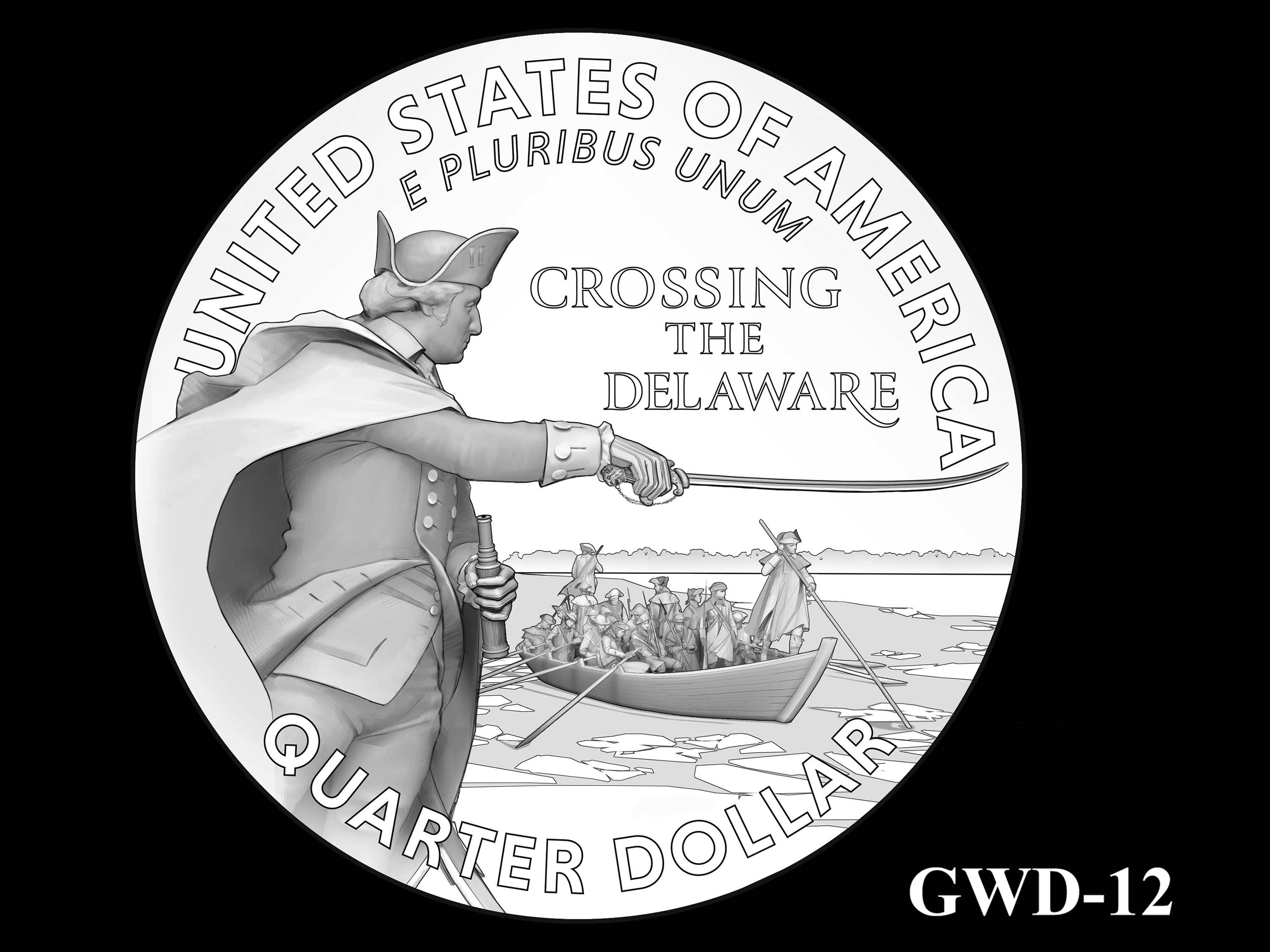 The design recommended by the CCAC was #12, with General Washington in the foreground, holding a telescope and gesturing forward with his sword. In the background is a boat full of Continental Army troops negotiating the icy waters.

Whether this design is the one that will appear on the new coin remains to be seen. U.S. coin designs are chosen by the Secretary of the Treasury with input from the CCAC and the U.S. Commission of Fine Arts.

With excitement and a sense of history in the making, the hobby community and history buffs everywhere await the Christmas Day announcement of this significant new coin.