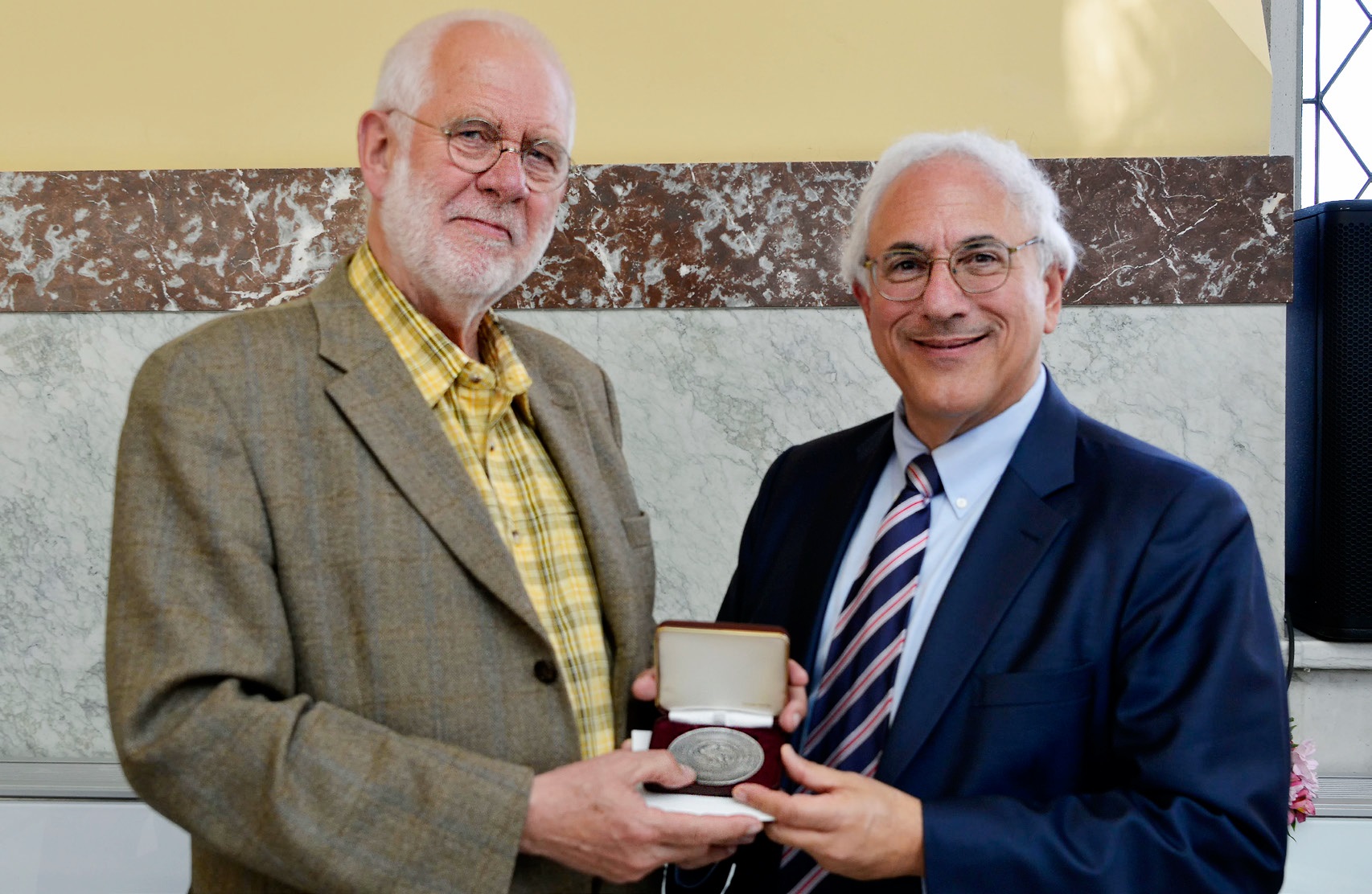 Dutch artist Geer Steyn became the 57th recipient of the J. Sanford Saltus Award for excellence in medallic art at the biannual conference of the International Art Medal Federation (FIDEM) in Ottawa, Ontario on May 29, 2018.

Donald Scarinci, chairman of the Saltus Award Committee of the American Numismatic Society presented the award at the American Delegation reception in the Canadian Museum of Nature.

The award was created with a grant to the American Numismatic Society by J. Sanford Saltus in 1913 to recognize and encourage excellence in the art of the medal. The first Saltus award was presented in 1919; the silver award medal was designed by the prominent German-born numismatic and architectural sculptor Adolph Alexander Weinman.

Geer Steyn’s (b. 1945) studies in sculpture began at the Rijksakademie van beeldende kunsten in Amsterdam, where he initially followed the Academy’s traditional emphasis in figurative work. Thereafter he studied with Fritz Wotruba (1907–1975), a preeminent Austrian abstract sculptor, who greatly influenced Steyn’s subsequent work. Besides his work in medallic art, Steyn is widely known and praised for his large-scale sculptures in stone that have been featured in exhibits alongside his medals.

Three previous recipients of the Saltus award were on hand for the presentation of the award—Eugene Daub (1991), Jeannie Stevens-Sollman (1999), and Ron Dutton (2008)—who joined Scarinci in praising Steyn’s work.

As Scarinci noted, what sets Steyn’s work apart is their tactile quality. “While these hand-held pieces work visually,” he continued, “it is the act of holding them and touching them where the real experience lies.  It is communication beyond the visual and beyond the boundary of mere words or text. Geer Steyn’s medals are sculpture!”