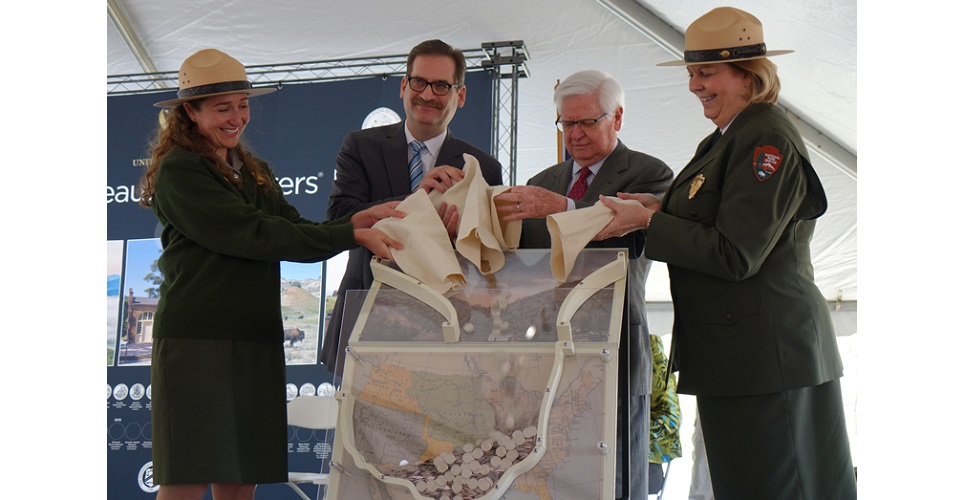 Over the past few weeks, we’ve explored the rolling hills and mountain passes of Kentucky’s 2001 “Old Kentucky Home” quarter and its 2016 Cumberland Gap quarter.

We looked at Kentucky’s role in the most successful modern circulating coin program (the State quarters.) We went behind the scenes with the Citizens Coinage Advisory Committee’s decision process in reviewing designs for the Cumberland Gap quarter. We considered “what might have been”—some design candidates that didn’t make the cut.

This week we’ll join the festivities and ceremonies that accompanied the official launch of the Cumberland Gap quarter in 2016.

The coins went into general circulation on Monday, April 4, 2016. On that day the United States Mint also released rolls and bags of the coins for collectors to purchase.

In the pleasantly warm Sunday afternoon of April 10, the Mint held a forum at the C.V. Whitney Convention Center, Pine Mountain State Resort Park, in Pineville, Kentucky. This event gave members of the public a chance to express their views about future coinage, and to learn about upcoming U.S. Mint programs and initiatives. About 40 coin collectors attended.

The next morning, the Mint and the National Park Service formally launched the new coin at the Cumberland Gap National Historical Park’s visitor center, on Pinnacle Road in Middlesboro.

About 3,600 people attended the launch ceremony. This included some 2,700 children from area schools. More than 2,200 junior rangers were sworn into service during the event.

Marc Landry, plant manager of the Philadelphia Mint, spoke at the launch. “Modern-day explorers and travelers stand in awe at this great break in the Appalachian Mountain chain, which gave passage to thousands seeking something new beyond the horizon,” he said. “Millions of Americans will now have a reminder of the important role this mountain pass has played in the settlement of our nation.”

Schoolchildren who went to the launch received a free quarter for their coin collections. Home Federal Bank sponsored a “coin exchange,” where visitors could give $10 in cash to get a 40-coin roll of the new quarters. More than 100,000 of the Kentucky coins were distributed that way. 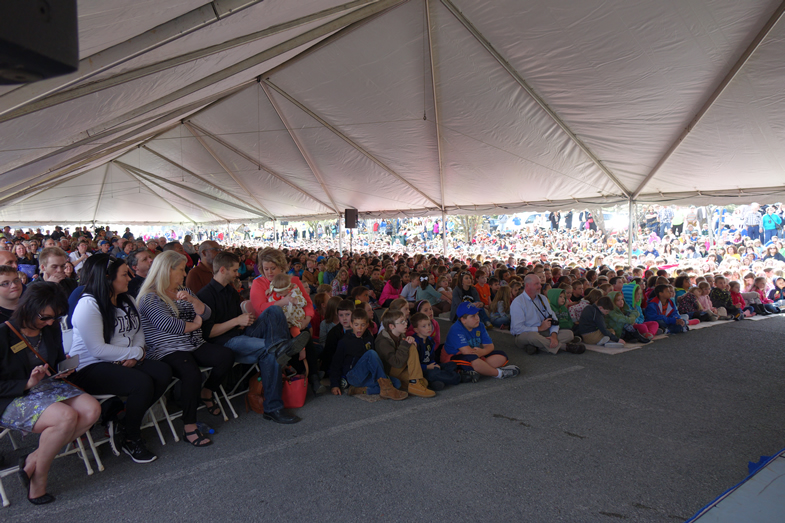 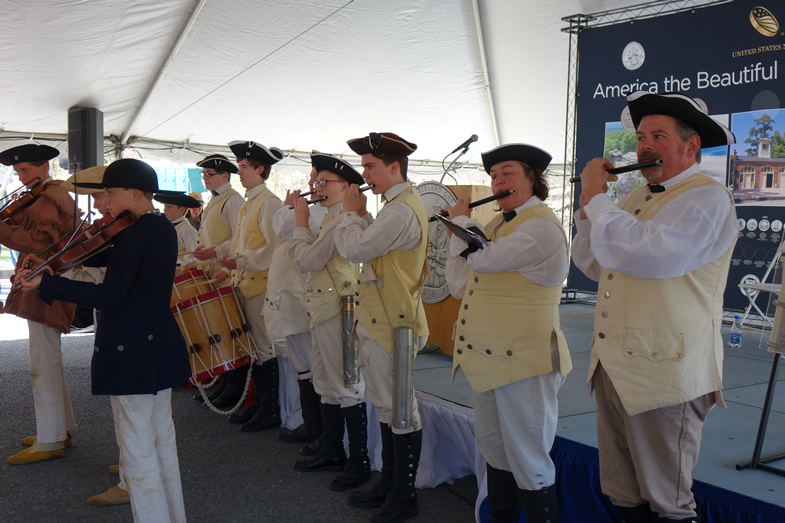 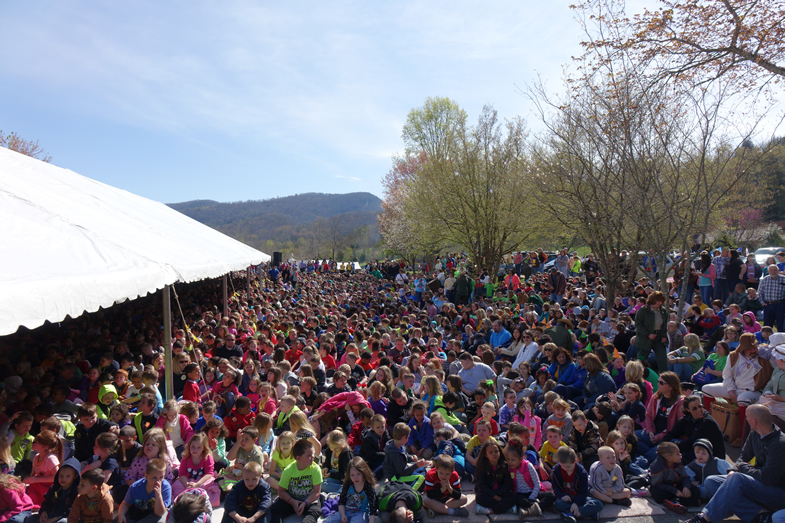 It was a beautiful day to kick off the new coin’s public reception. (Photo by Sharon McPike, United States Mint.) 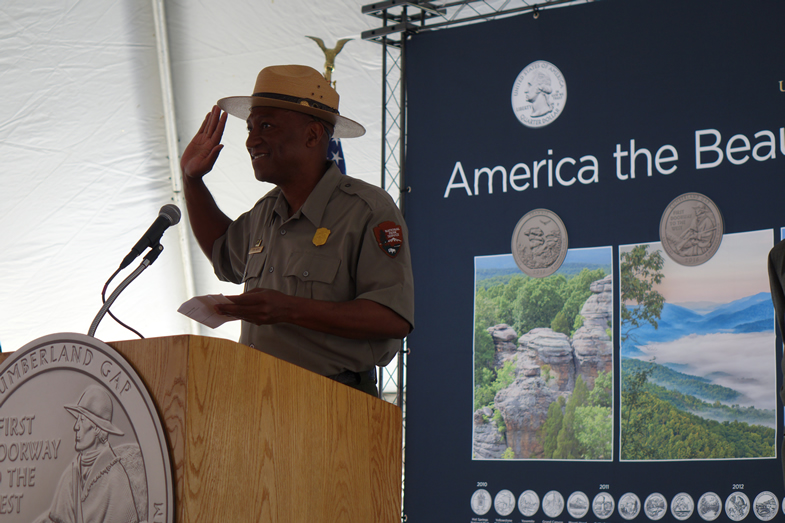 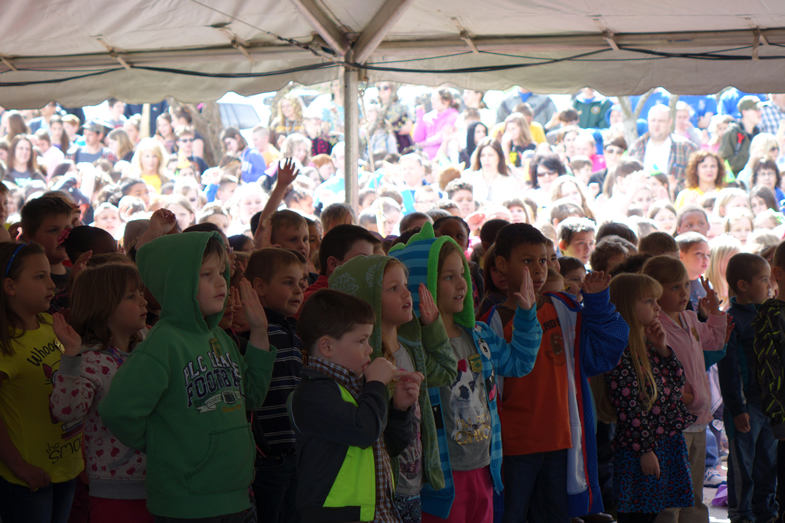 The Junior Rangers swearing-in ceremony was just one part of the exhilarating day. (Photo by Sharon McPike, United States Mint.) 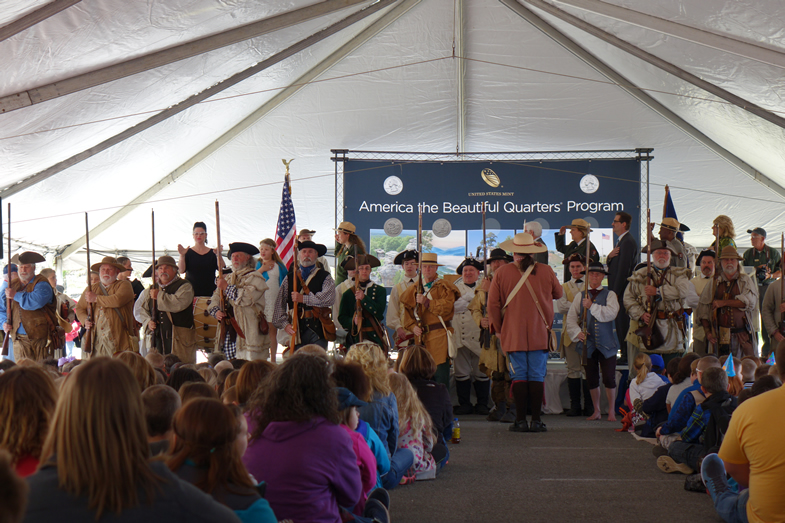 The Over Mountain Victory Trail Association presented the colors at the ceremony. (Photo by Sharon McPike, United States Mint.) 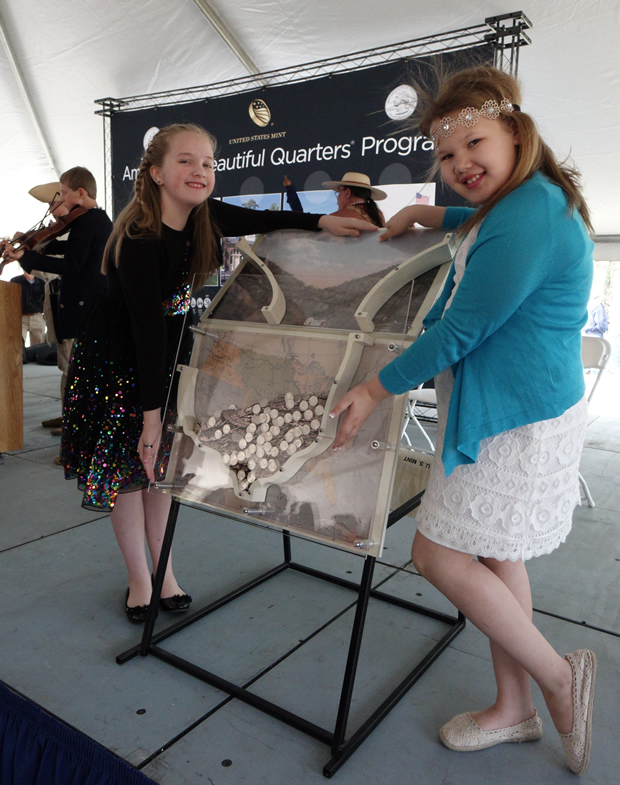 Among the thousands of children at the launch were Hattie Landen and Makaya Patterson from Middlesboro Elementary. (Photo by Sharon McPike, United States Mint.) 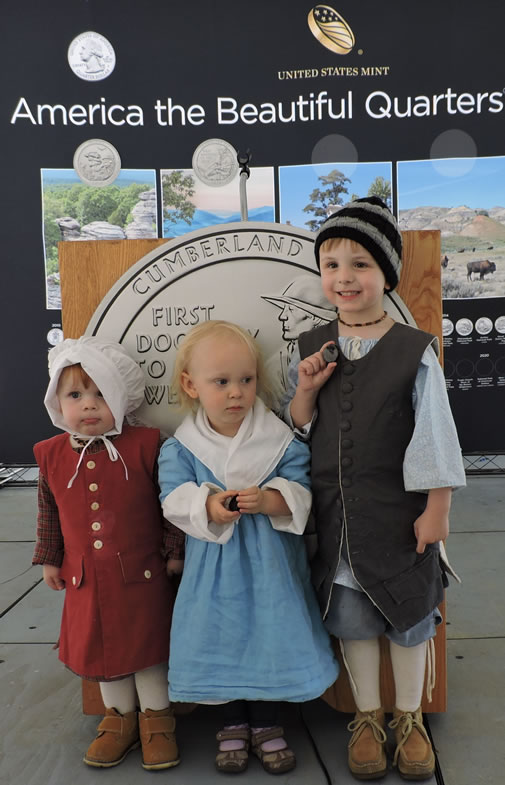 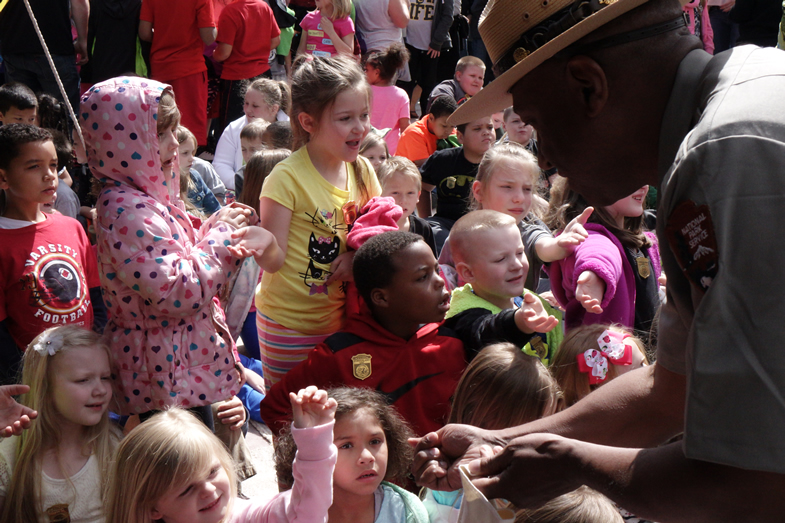 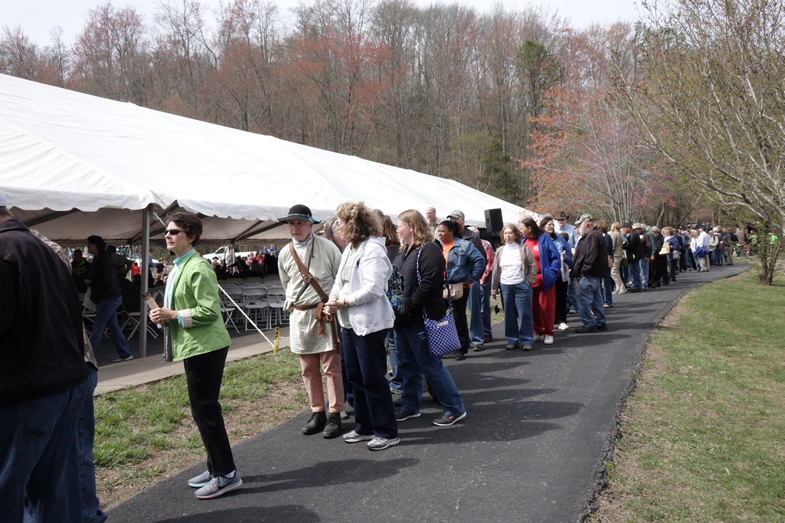 Grown-ups didn’t get free samples, but could exchange other cash for a $10 roll of the new Cumberland Gap coins, 40 quarters per roll. (Photo by Sharon McPike, United States Mint.)

From the Colonel’s Desk: “What might have been”—scenic views and a deer in the headlights