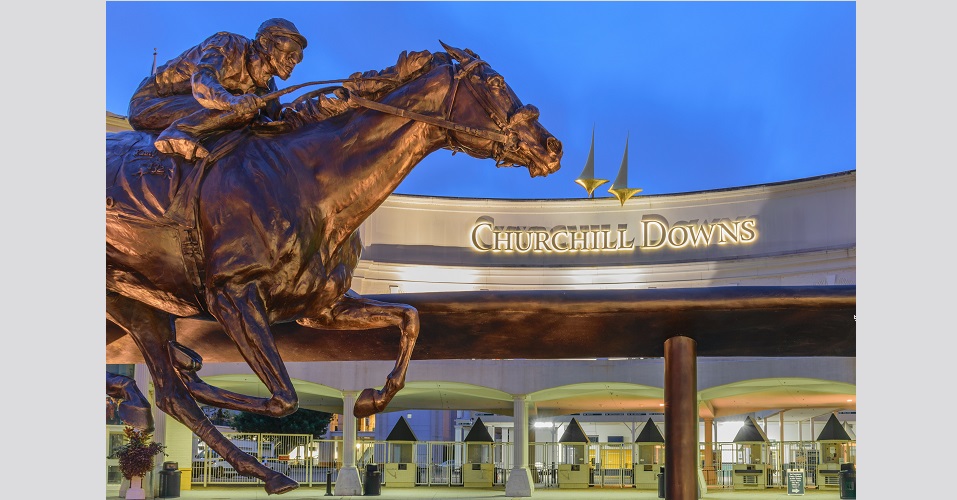 Louisville, Kentucky: The main entrance to Churchill Downs, home of the Kentucky Derby. (Photo courtesy of Thomas Kelley via Shutterstock.)

Last week’s Kentucky Derby win by Rich Strike was one of the biggest upsets in the famous race’s nearly 150-year history. The chestnut colt wasn’t even scheduled to compete in this year’s “Fastest Two Minutes in Sports” until just before the deadline, when Ethereal Road was scratched from the lineup.

While his competitors ran out of gas and slowed to gallops, Rich Strike kept a miraculously full tank and rode first to the finish line.

NBC described Rich Strike’s 80-to-1 odds as being the second-longest shot in the Kentucky Derby’s history.

If you’re the betting type, a $50 wager on long-shot Rich Strike would have yielded a payoff of $4,090—more than enough winnings to build yourself a very nice display of Kentucky Derby medals and other collectibles.

One such medal is this week’s featured collectible “From the Colonel’s Desk.” 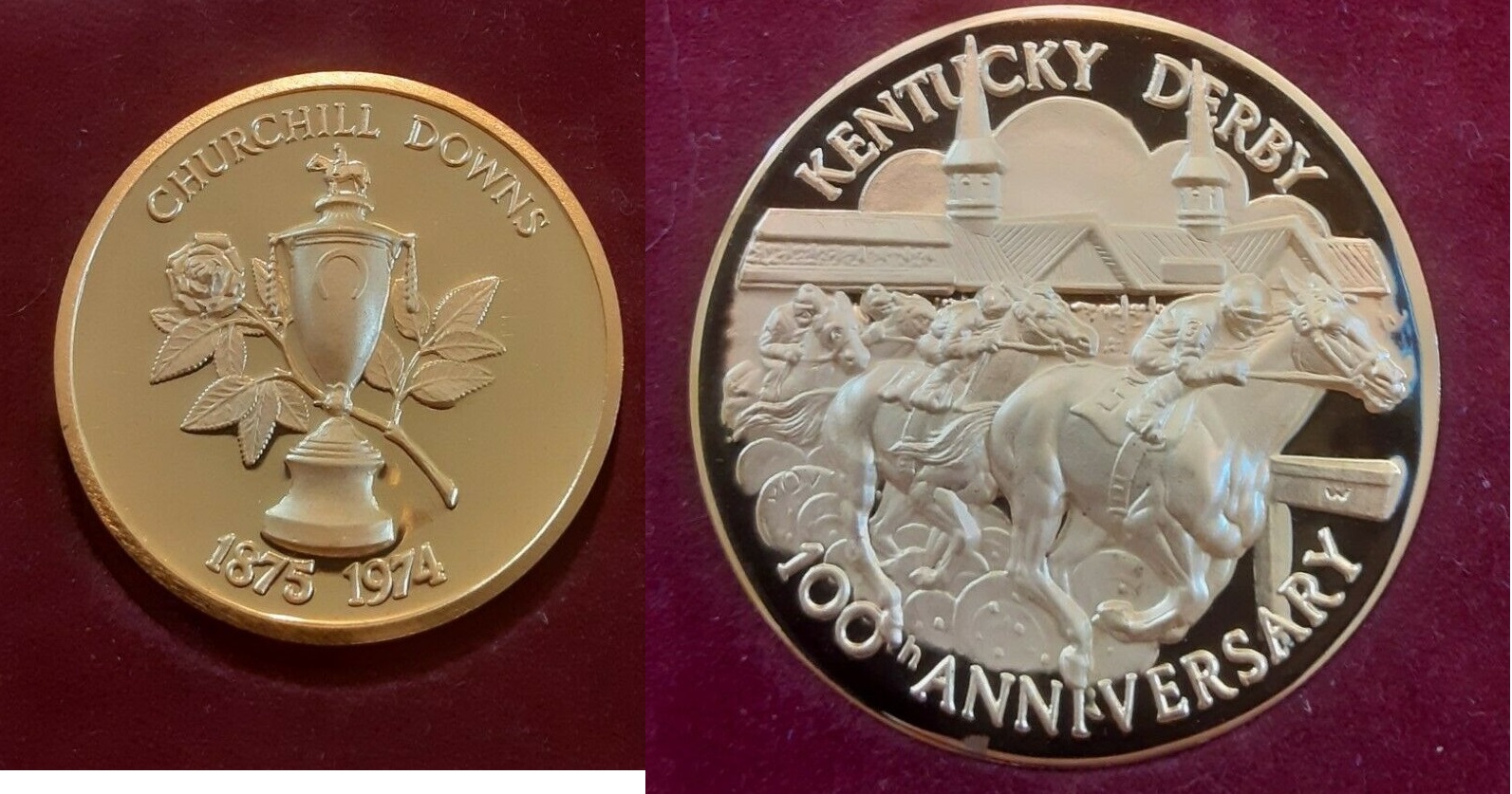 The Wittnauer Mint issued this silver medal to celebrate the centennial of the Kentucky Derby. (Images courtesy of eBay seller snowshark28.) Hover to zoom.

The medal’s rim notes its composition of gold on sterling silver. (Courtesy of eBay seller snowshark28.)

In 1974 the Wittnauer Mint of New Rochelle, New York (“Makers of Fine Medallic Art”), produced a beautiful silver medal honoring Churchill Downs and the 100th anniversary of the Derby.

The medal was designed by artist Marcel Jovine, who was noted for his equestrian sculptures and later designed coins for the United States Mint. It’s crafted of sterling silver with a gold overlay, and weighs 1.25 avoirdupois ounces. 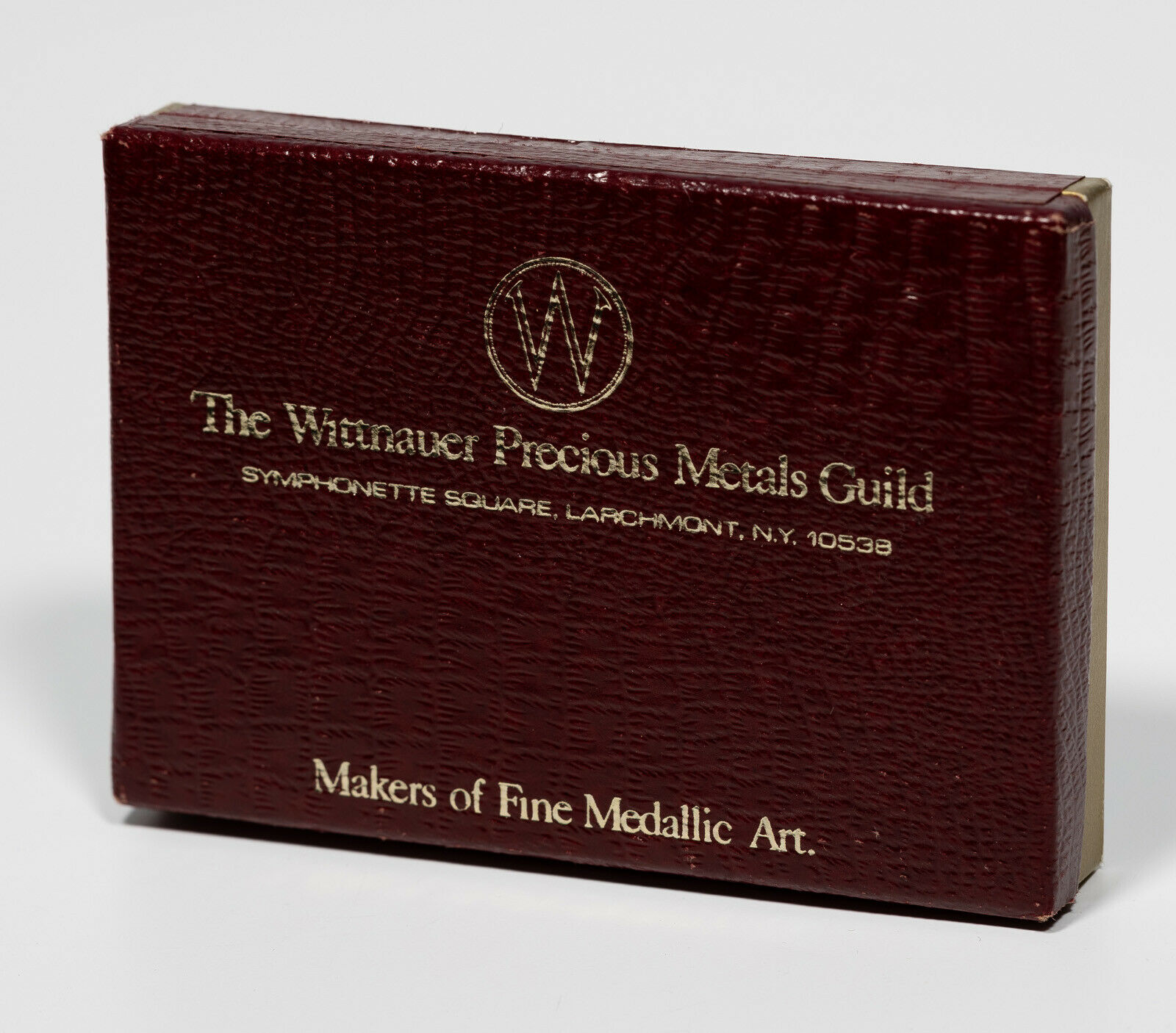 To add this dramatic piece to your collection, you don’t have to be a winning racer—just a winning auction bidder, or a lucky coin-shop visitor.

Recent sales put its value at around $50 for an average specimen, or more for attractively toned pieces. 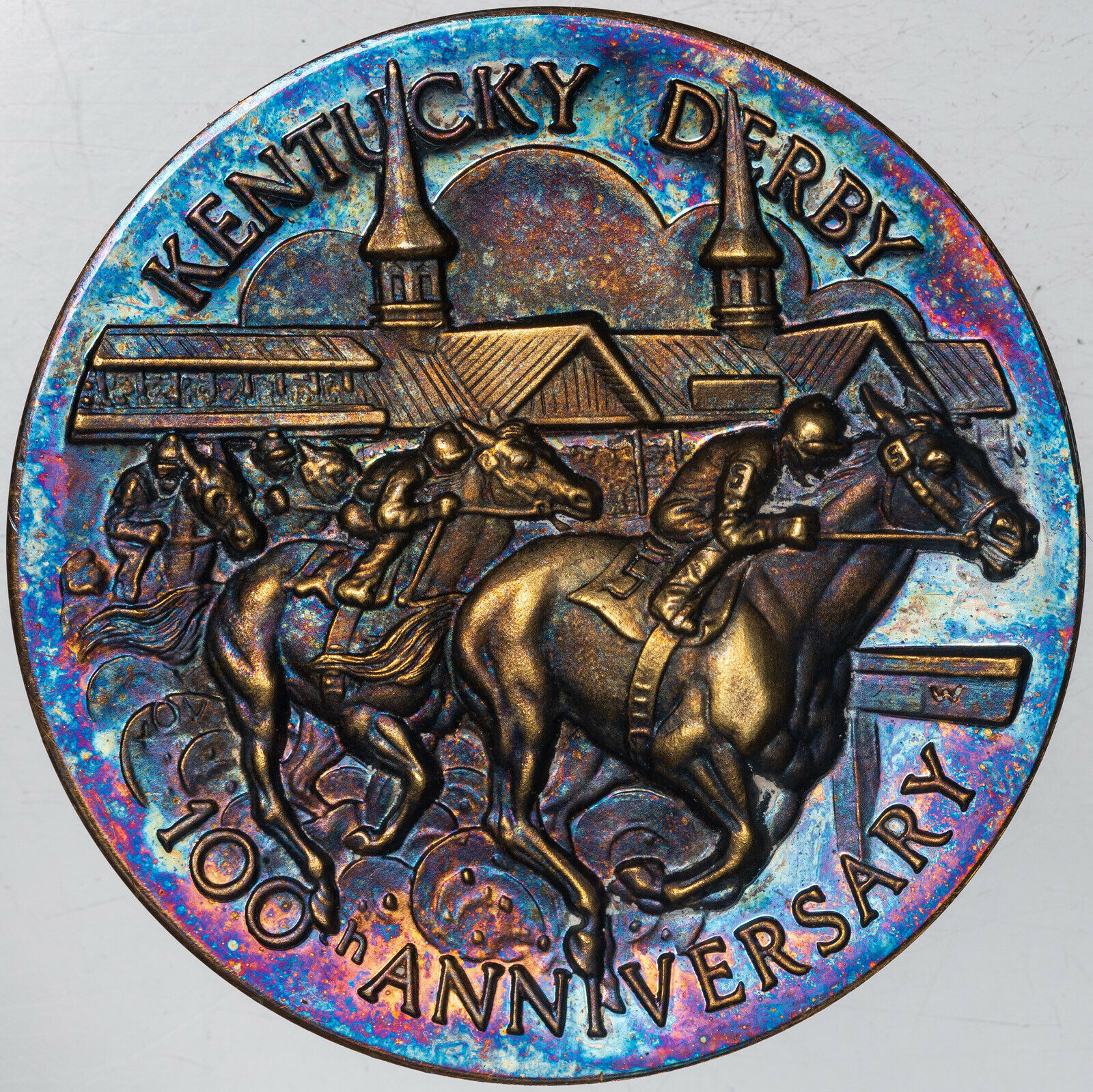 Some collectors like the clean look of a “bright” silver medal. Others enjoy the visual aesthetics of colorful toning. (Photograph courtesy of eBay seller edynamicmarketing.) 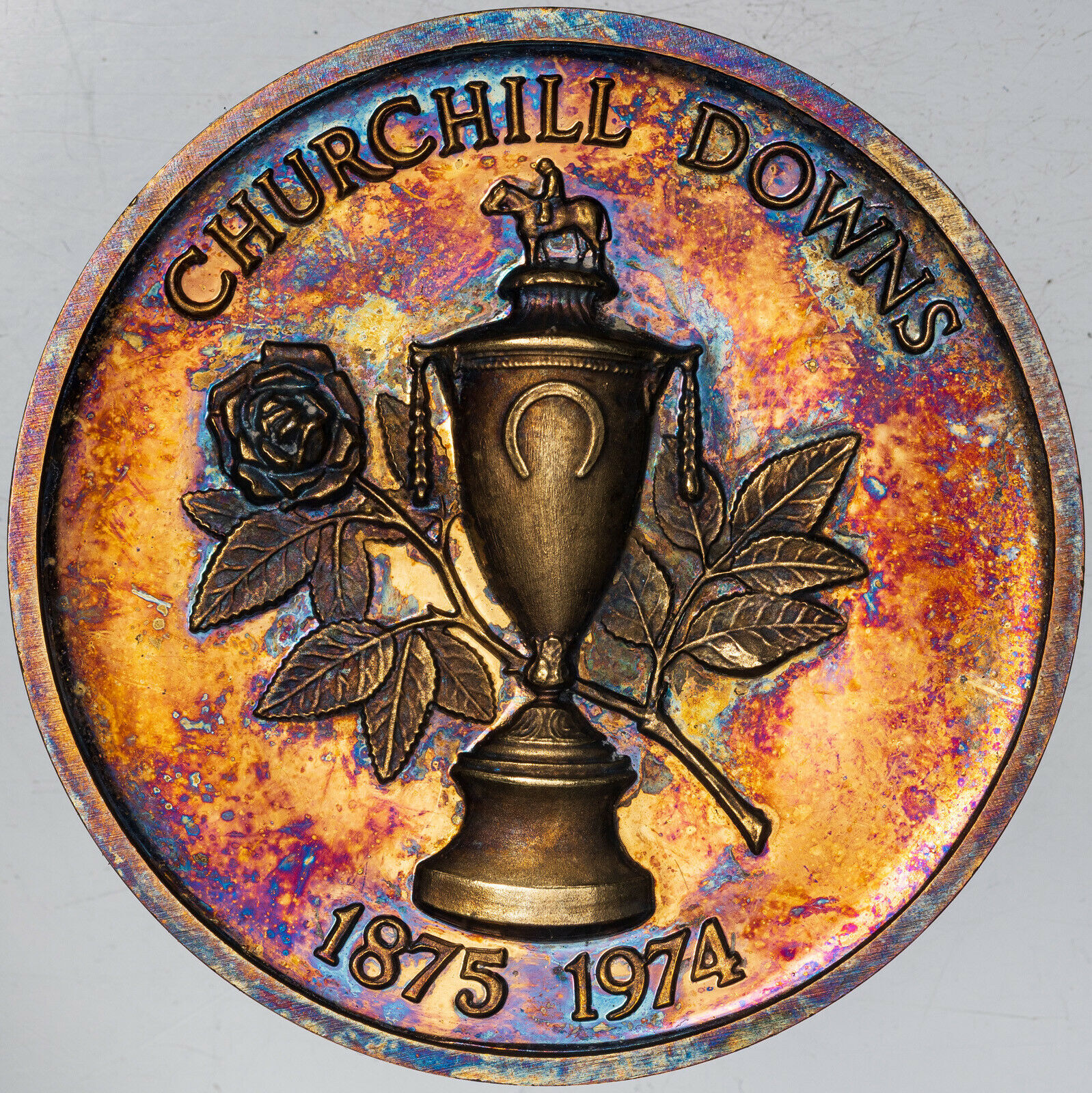 Toning can result from the environment in which a silver coin or medal is stored. (Photograph courtesy of eBay seller edynamicmarketing.)

There are thousands of beautiful and historic horse-racing medals, tokens, and related collectibles within American numismatics. Some of the best of them celebrate the Bluegrass State’s long-beloved Kentucky Derby. Jump into the race and you’ll find some winning pieces for your own collection.

From the Colonel’s Desk: Stephen Choate’s 1850 text message from Louisville