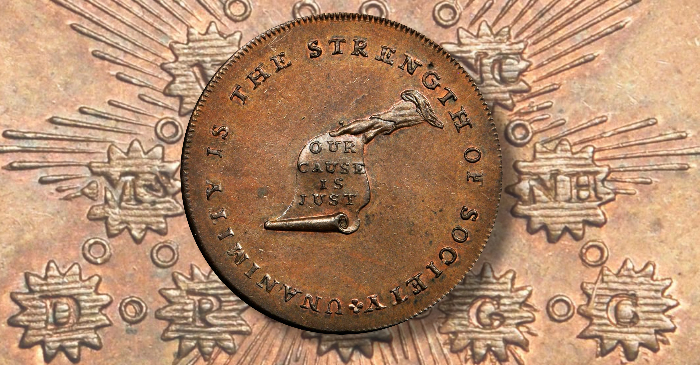 One of Kentucky’s earliest connections to American numismatics is a charming piece of copper that actually hailed from jolly old England. It measures about 29 millimeters in diameter (the size of a British halfpenny, a bit smaller than a modern U.S. half dollar). It wasn’t a legal-tender coin, but rather a token, privately minted around 1792, within a generation’s memory of the Declaration of Independence.

Such tokens had become popular in Britain in the 1780s, after the Revolutionary War, when there was a shortage of official small-denomination coins in circulation. To grease the wheels of everyday commerce, businessmen and merchants had coin-like copper pieces made for use as small change. By the mid-1790s millions of these tokens were circulating in the British Isles. Thousands of different types were produced, and many had beautiful designs. It didn’t take long for hobbyists to start collecting them. As a group, these interesting tokens are broadly known as Conder tokens, after James Conder, a numismatist who published an influential study of them in 1798. 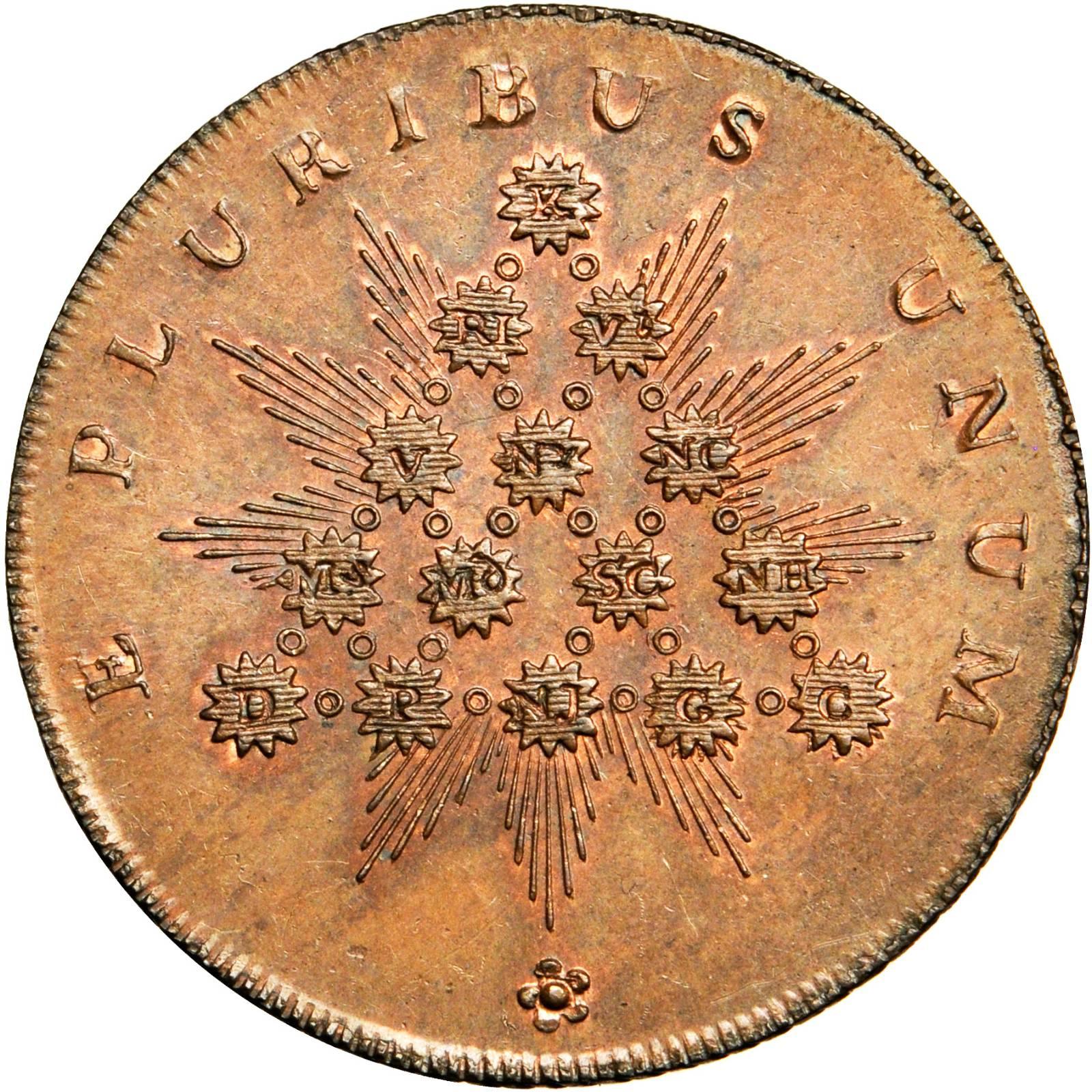 This example of the famous “Kentucky token” sold in 2013 for $2,937.50 in a Stack’s Bowers Galleries auction. These tokens don’t have to be Uncirculated to be valuable. A worn, damaged specimen of a very rare variety was sold in March 2021 by Heritage Auctions for $2,040. (Photo courtesy of Stack’s Bowers Galleries). Hover to zoom.

When this particular token was minted, the United States was still a young nation—only two more states had joined the original 13 in the Union. On one side of the token, the states are represented by a pyramid of 15 stars. Each 12-pointed star bears an abbreviation: RI for Rhode Island, NY for New York, and so on.

Because the star for Kentucky is situated at the top of the pyramid, generations of American collectors have called these copper pieces “Kentucky tokens” or “Kentucky cents.”

When were they made? We can reasonably estimate some time between June 1, 1792, when Kentucky joined the Union, and June 1, 1796, when Tennessee became the 16th state (which would have required another star in the artfully balanced pyramid). 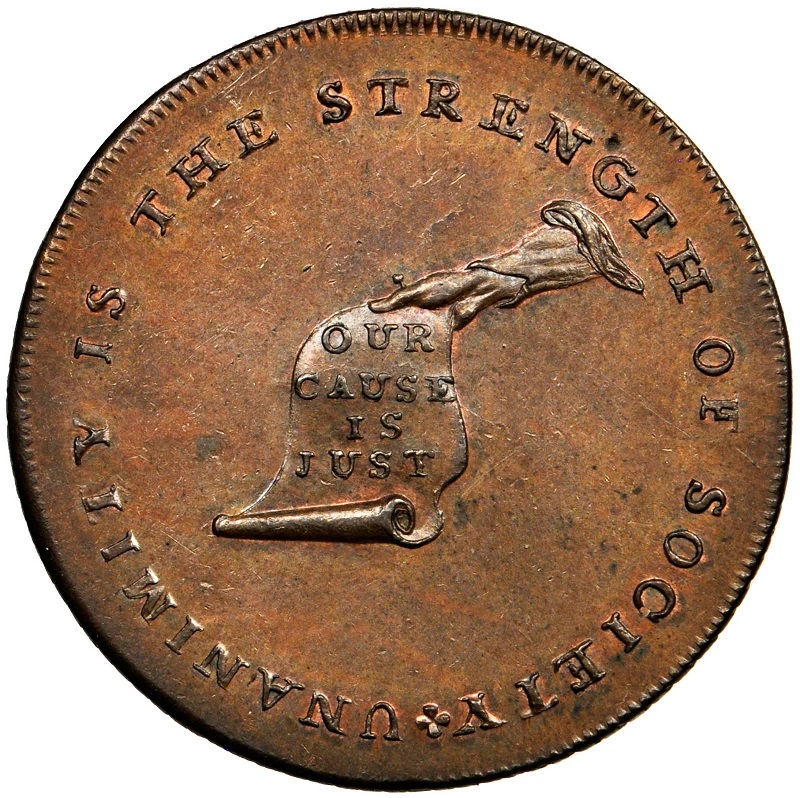 The Kentucky-related token was minted in large quantities, and in several varieties. Some are thin, some are thicker and heavier. Some have designs or wording on the edge. Professional numismatist Q. David Bowers, in the Whitman Encyclopedia of Colonial and Early American Coins, estimates that today well over a thousand Kentucky tokens are in collectors’ hands. In June 1996 a hoard of 25 pieces was found in England, all in beautiful Mint State with lustrous coppery-red surfaces.

If you have a Kentucky token in any nice condition it’s worth hundreds of dollars—and in Mint State they can be worth thousands.

Next week we’ll look at an even more valuable Kentucky token of the same era, one that the Red Book calls “unsurpassed in beauty and design.”

Col. Dennis Tucker, Honorable Order of Kentucky Colonels, writes this column as a venue to explore the Commonwealth’s rich history and connections to American coins, tokens, medals, paper money, private currency, and related artifacts of material culture. Tucker is the publisher of Whitman Publishing, the leading creator of numismatic books and hobby supplies. He was commissioned as a Kentucky Colonel in March 2021.