The organizers of the official EXPO 2014 coins & medals programme opened a new exhibition on the 2nd December in the heart of Monte Carlo where nearly 100 medals and coins went on display. Many of the rare and seldom seen medals were showcased at Monte Carlo’s prestigious Musee des Timbres et des Monnaies. 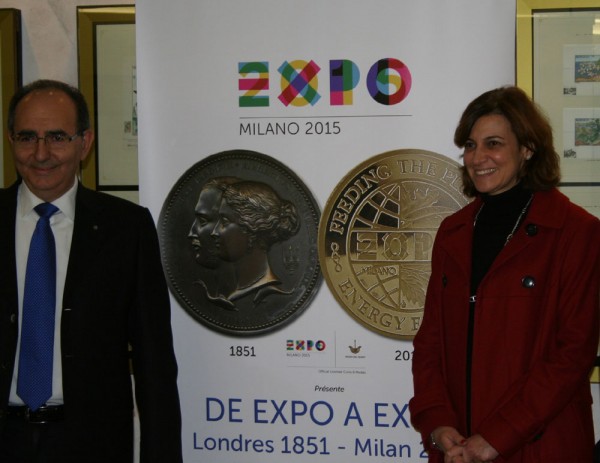 Umberto Moruzzi, curator of the EXPO 2015 Medals collection greets Magali Veresi, Director of the Office of Emissions, Monaco Post at the opening of the EXPO to EXPO exhibition, Monte Carlo. The Musee des Timbres et des Monnaies is associated with Monaco Post.

As part of the launch, the curator of the collection, Mr. Umberto Moruzzi, offered a personal tour of the exhibit to the Director of the Office of Emissions for Monaco Post, Ms. Magali Vercesi who was shown many of the outstanding medals issued within the 163 year period from the Great Exhibition to the upcoming international event which Milan will be hosting from the 1st May 2015. 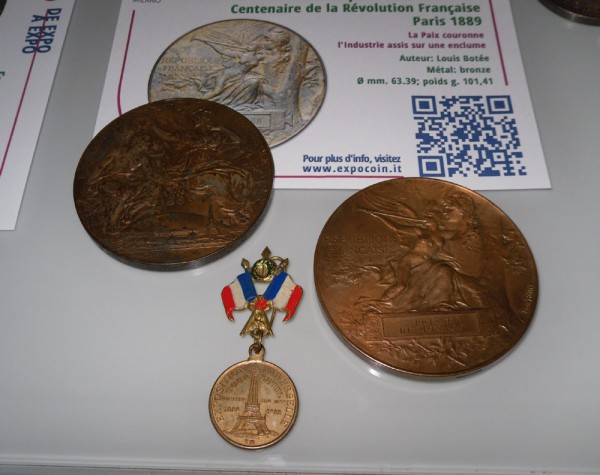 Among the medals was a bronze piece issued during the 1889 Exposition Universal hosted by Paris during which the Eiffel Tower was erected. The piece was inscribed for the then-Prince of Monaco Albert I who attended the Expo and was himself a keen Oceanographer with a worldwide reputation in this field. 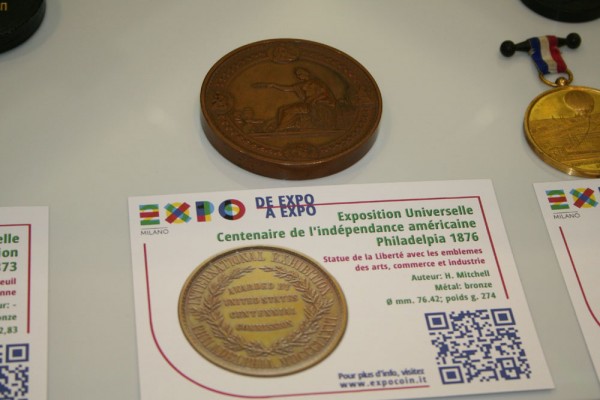 Other medals of particular interest include a large bronze medal issued in 1876 for the Universal Exposition hosted in Philadelphia, the medal is inscribed with the mention of the American Centennial anniversary. 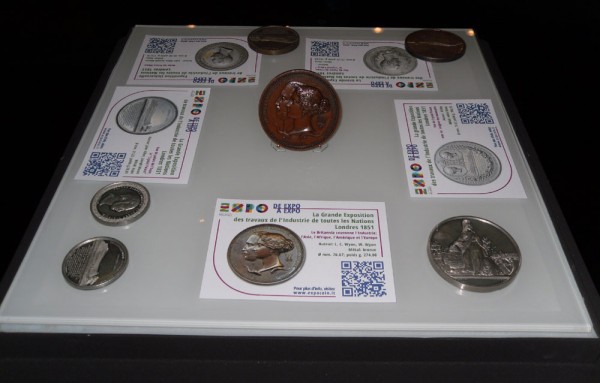 Among the other highlighted medals taking pride of place was a spectacular 1851 bronze prize piece awarded by Queen Victoria during London’s Great Exhibition, held in Crystal Palace and arranged by her Husband, Prince Albert. The medal includes exceptional portraits of the Royal couple along with an allegorical figure on the reverse. 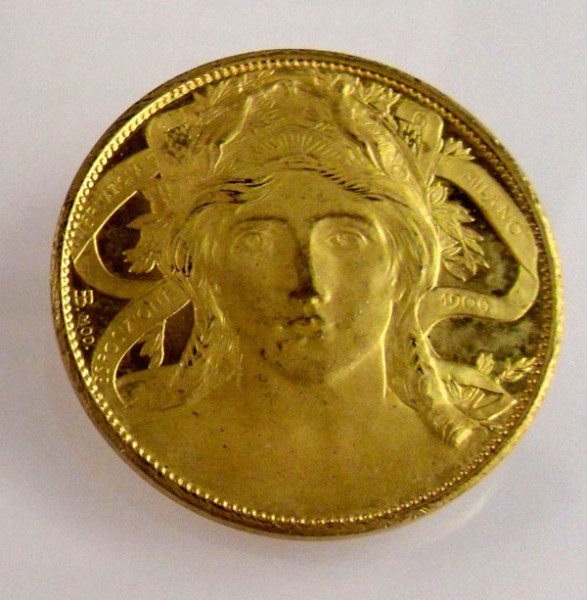 As this is Milan’s second time hosting this international event, the first official EXPO medal was also included in the exhibition, a rare gold piece with a front-facing allegorical figure inscribed with the date of the event, 1906. 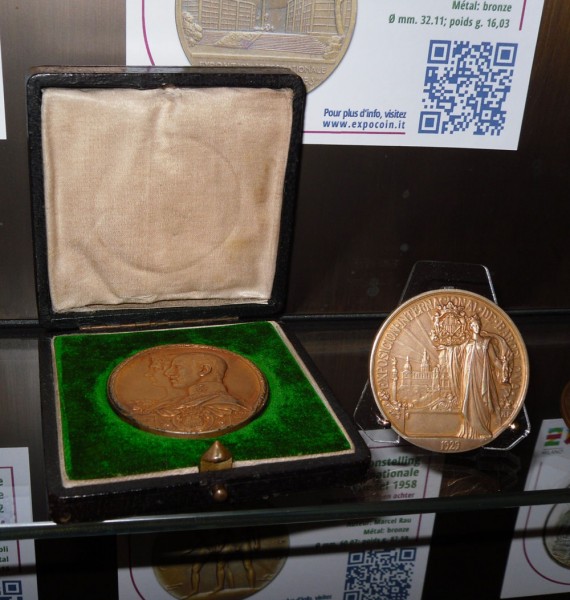 Barcelona’s medal for the 1929 EXPO featuring a double-portraited medal of King Alphonso XIII and Queen Victoria Eugenie is also included. 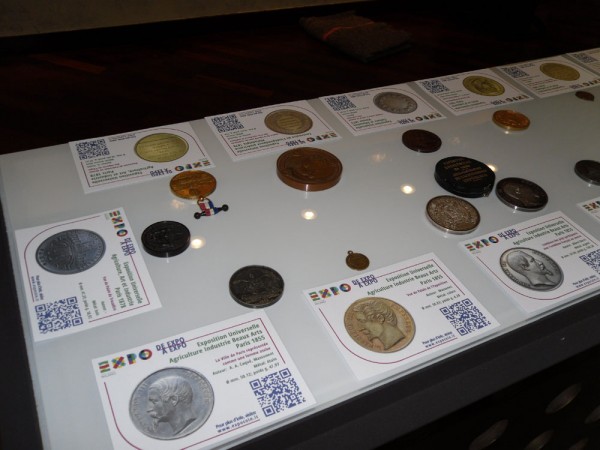 As France has hosted many of the worldwide events, there were several examples of these beautiful medals featuring busts of Emperor Napoleon III and early representations of “Mariane” a national symbol of the French Republic, an allegorical figure of liberty. 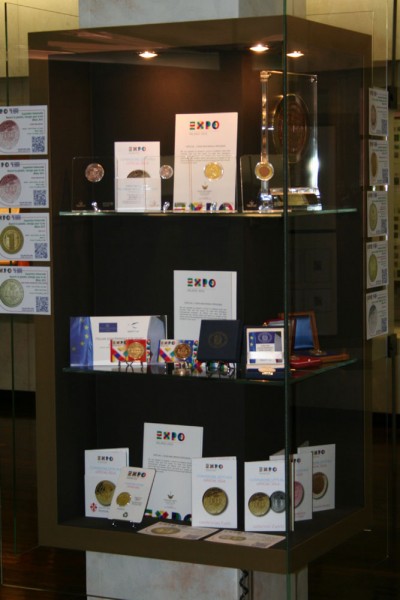 The display also included the latest offerings from the Museo Del Tempo, organizers and exclusive licensees of the official EXPO 2015 Milano coins and medals programme. Included in the line of products to be launched during the Numismatique Bourse, Monte Carlo will be platinum, gold, silver and Nordic brass versions of the specially designed insignia which will be used for the entire line of official coins and medal souvenirs. As an additional product, the organizers will produce a set of EXPO 2015 Milano coin-medals which will include names of major cities in Italy on the obverse – already minted is the example representing the beautiful city of Florence with additional pieces to follow in the months leading up to the opening of the EXPO in May 2015. 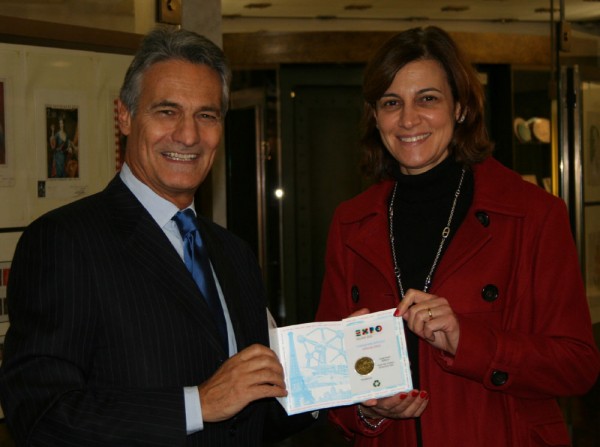 The exhibition is currently open and will conclude on the 7th December – those attending the Numismatique Bourse, Monte Carlo on the same day will have the opportunity to view the exhibition as Monaco’s Stamp and coin Museum and the venue for the coins show are just a few steps from one another. The Numismatique Bourse Monte Carlo commences on Sunday at 10:am. For more information on the official souvenir of EXPO 2015 Milano, please visit their website at: http://www.expocoin.it/