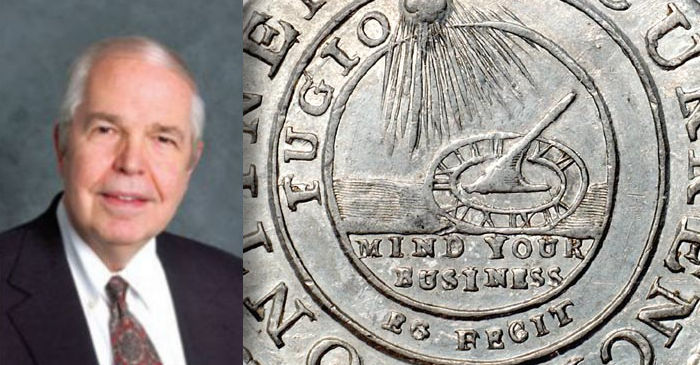 The following article has been revised after receiving additional information and input.

What for well over a century numismatists considered to be a federal coin, although documentation was found, is now determined to be a medal. The item in question is the 1776 Continental Currency item. Although hundreds exist, the demand for them by collectors is seemingly insatiable, and whenever a decent example comes on the market it is an object of attention and desire. 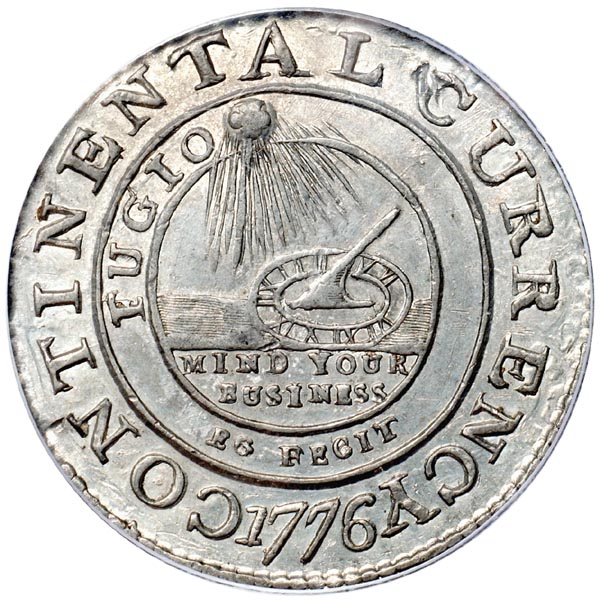 Conventional wisdom by most past writers including me, Eric P. Newman, and 101 others, is that these were struck in America in 1776 as a more durable substitute for the paper Continental Currency dollar. The designs with the Sun, sundial, legend FUGIO, and names of the colonies are the same as on the paper bill. The initials E.G. on some of the coins are those of Elisha Gallaudet, New Jersey engraver, per the research of Eric P. Newman. 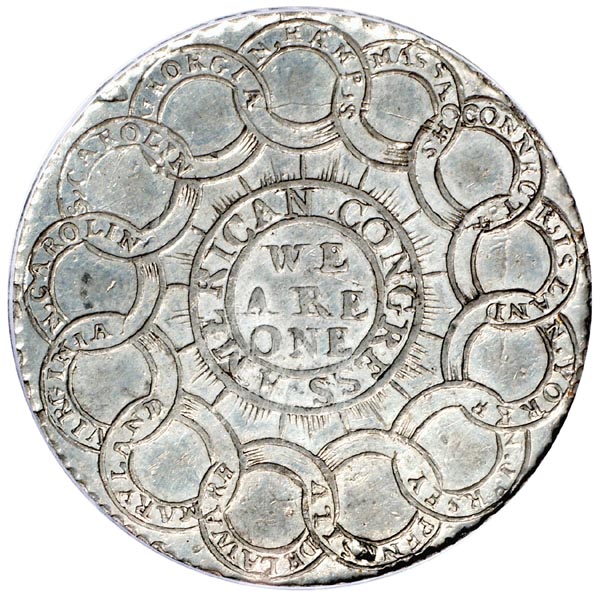 Last year and early this year the traditional numismatic applecart was turned upside down. No numismatic record of such a coin was found, such as in the collection of Pierre Eugene de Simitière formed in that era. Beginning in 2012 with a find by Robert D. Leonard suggesting it was not a federal coin, other researchers including Erik Goldstein, Christopher McDowell, and David McCarthy found that the Continental Currency pieces first appeared in England several years later and were bought and sold there as medals.


What does this mean to the numismatic future of the medal? Time will tell. However, the 1778-9 Rhode Island medal is in the Guide Book and has been highly desired for a long time by collectors of colonial coins.