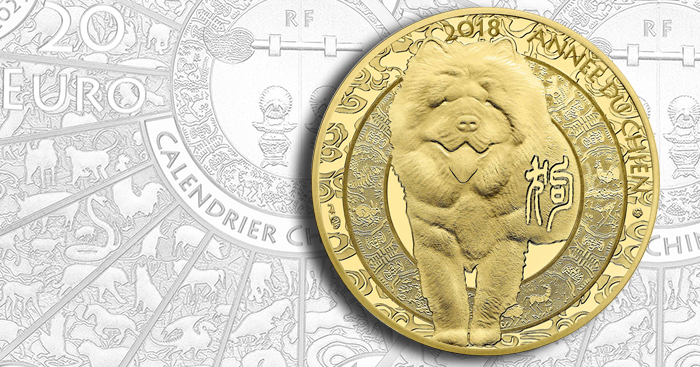 The Monnaie de Paris have launched their new Lunar New Year coins which celebrate the year of the Dog. This is the first in a 12-year-long series which concludes in 2029. According to the Lunar or Chinese zodiac, each year is assigned to an animal according to the 12-year cycle. Years of the Dog include 1934, 1946, 1958, 1970, 1982, 1994, 2006, 2018, and 2030. As with the western zodiac, persons born within that year are said to possess certain personality traits or have pre-destined luck in romance, fortune, and other aspects which bring happiness—or grief.

The sign of the Dog emphasises the importance of the self in those who are born under its sign. They are intelligent people who hold much of their thought process deep inside, and are not always known for being able to share these thoughts freely with others. Those born under the sign of the Dog are said to live very rich inner lives, underlining the more personal aspects of basic human life. They often get lost in thought, appreciate the options that they encounter every single day, and can often entertain themselves for hours on end with their own amusements and thoughts.

Coin Update sponsor APMEX carries most of the world’s Year of the Dog issues, as well as other thematic silver rounds and bars. 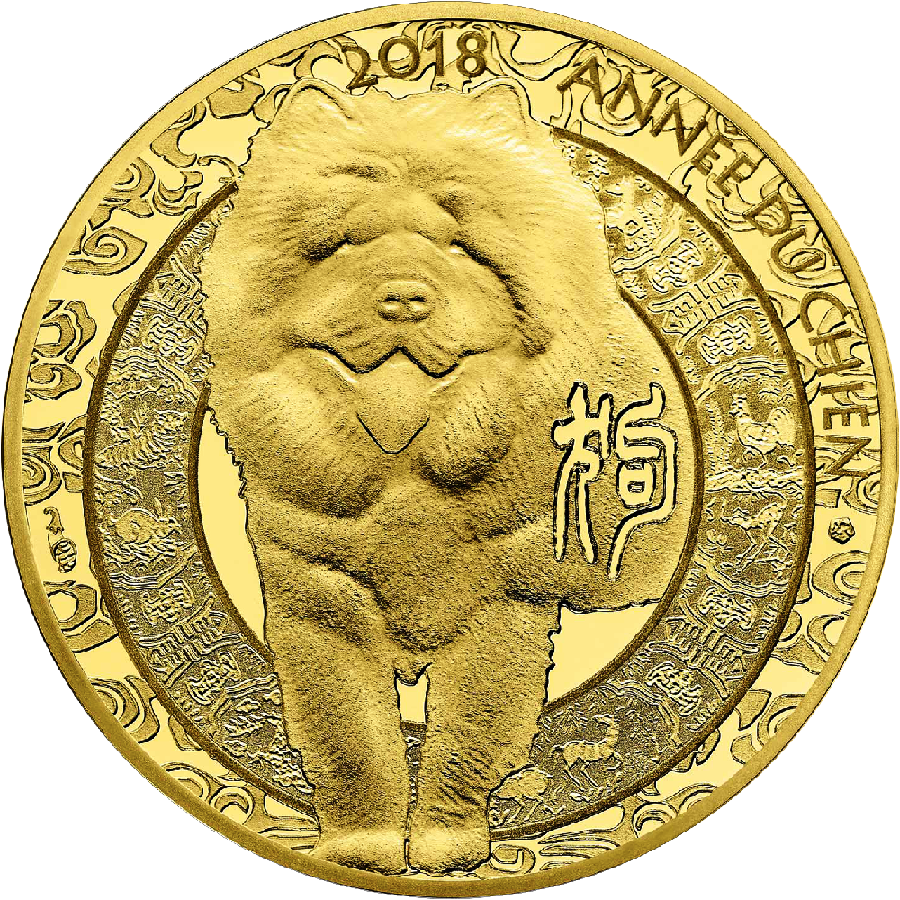 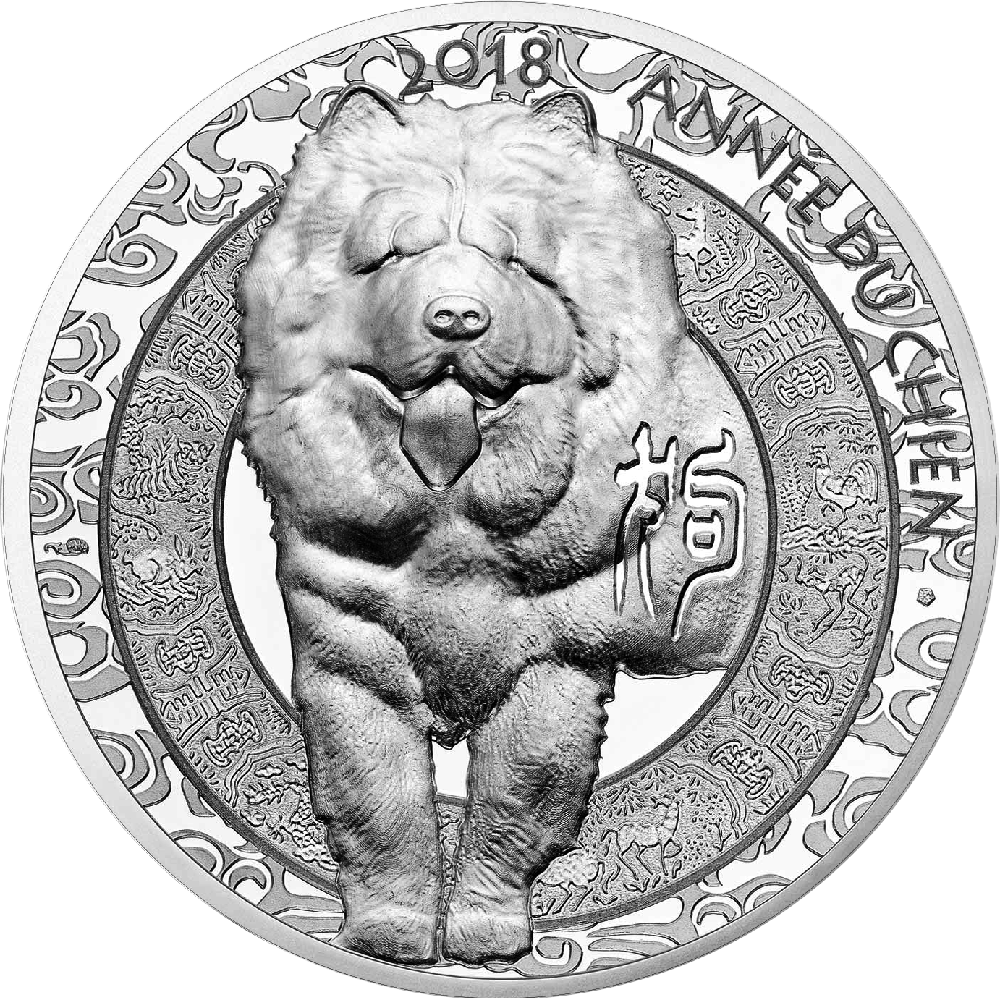 The 2018-dated coins are issued in pure gold and silver and come in three sizes and denominations. The obverse side appropriately depicts a Chow Chow, a traditional dog breed originally from northern China, where it is referred to as “Songshi Quan,” which simply means “puffy-lion dog.” The dog is surrounded by a motif of Chinese inspiration and graphic pattern. The Chow Chow is shown emerging from the middle of the coin through a temple door. The words ANNÉE DU CHIEN (Year of the Dog) are placed along the upper perimeter above the primary design. The traditional character for the word “dog,” placed onto the Chow image, is the work of a master of Chinese calligraphy. 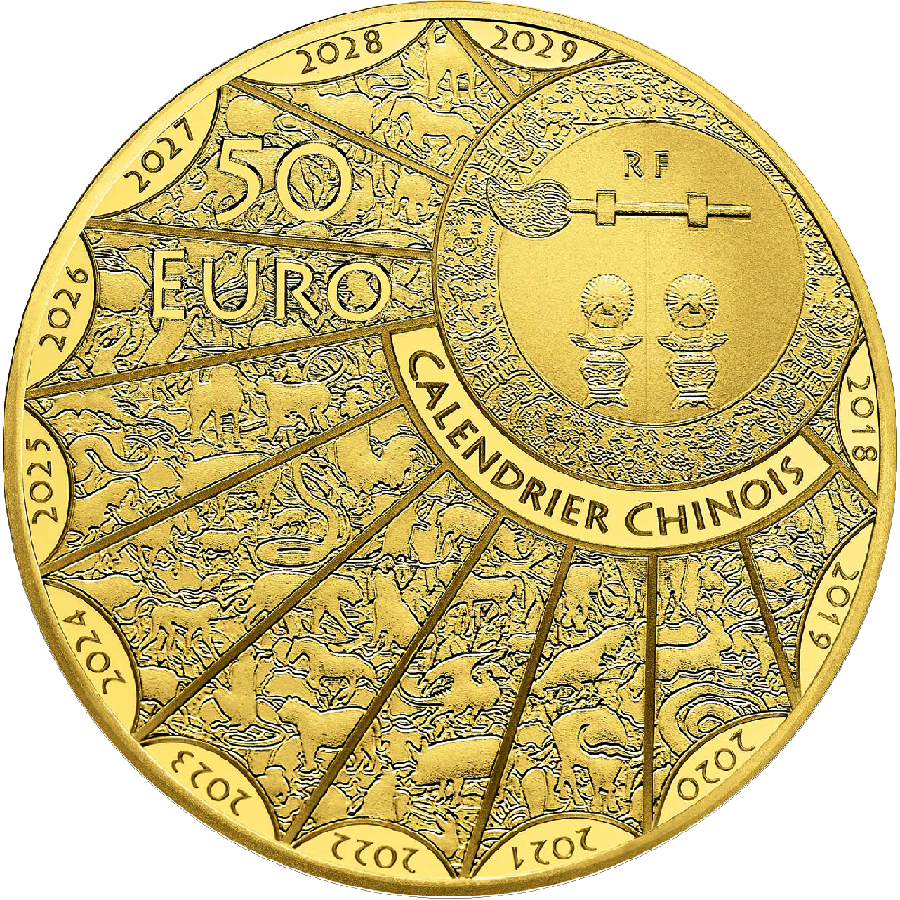 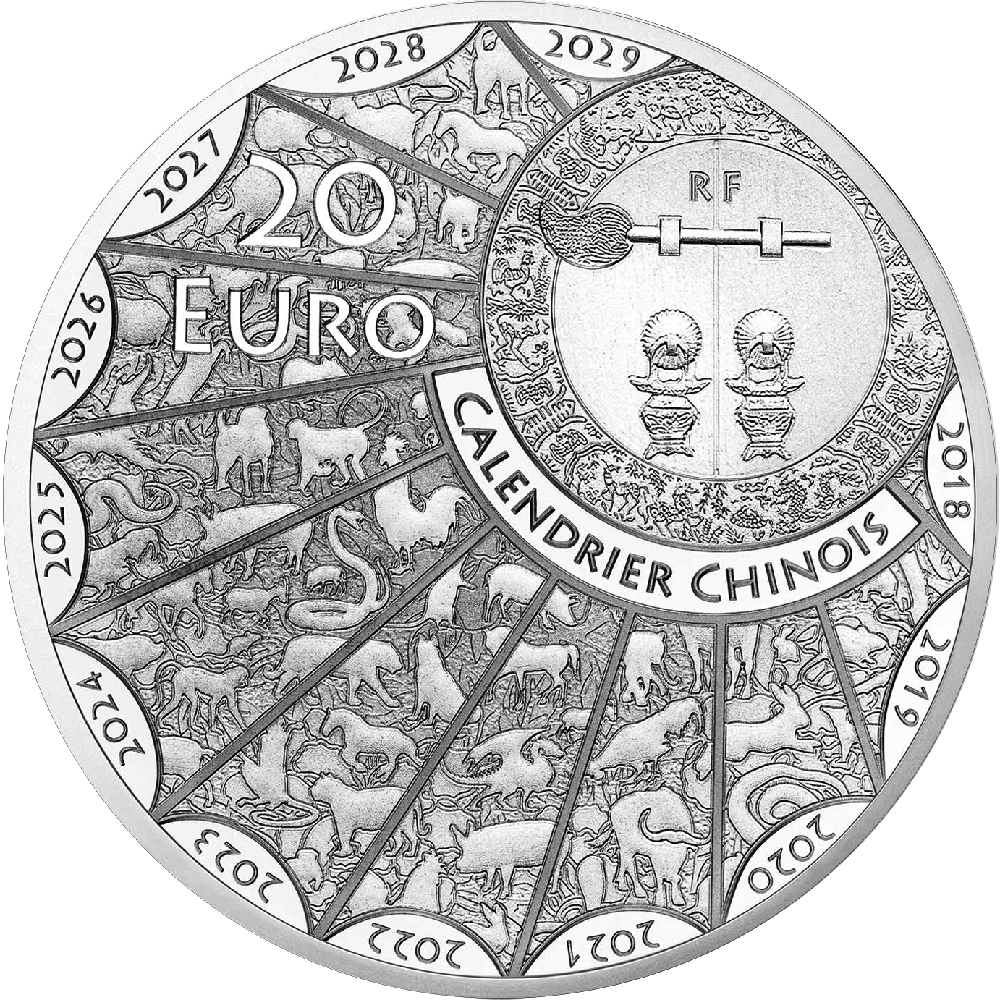 On the reverse are the 12 animals and years that make up the Chinese zodiac cycle represented on a traditional screen alongside a temple door (the same one by which the dog “crossed” onto the obverse side). The denomination and initials of RF are included as well as the text CALENDRIER CHINOIS (Chinese Calendar). All coins in this series share the same designs across all options. The €20 silver piece is struck utilising a special high-relief technique that highlights the intricately detailed design in a relief 10 times greater than that of an ordinary strike.

The Monnaie de Paris are now accepting orders. The coins are all available as separate purchases and are minted in limited quantities. For more information on these and other coins offered by the Monnaie de Paris, please visit their website.  ⤵️

The Lunar New Year begins on the 16th February 2018 and will be the Year of the Dog. If you are born under the Year of the Dog, your strong inner lifestyle will be balanced by a relatively restrained outer lifestyle. You are more prone to live a serious and careful existence. A Dog is someone who will get the job done, but rarely goes beyond the scope of what is asked of them. This is because, to them, there are more important things to do than spending their time trying to impress others. Dogs would rather enjoy what they choose to do than sacrifice their freedom for a little monetary gain. Thus, someone born under the Year of the Dog is a person in charge of their own path and destiny. While they encounter resistance from time to time, they will generally hold true to the morals and the lifestyle that seems best suited to them.