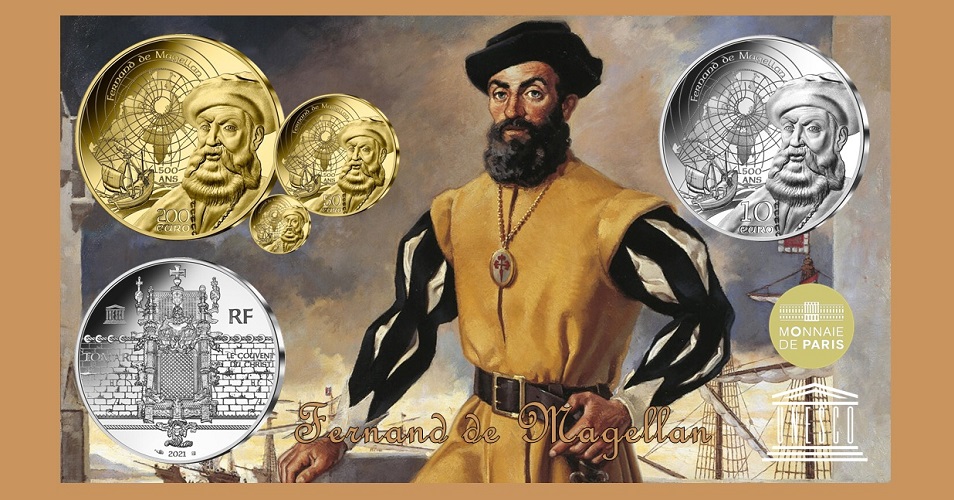 The Monnaie de Paris has now released their latest collection of gold and silver collector coins which are part of their ongoing “UNESCO World Heritage Site” series. The aim is to feature various world locations as chosen by UNESCO (the United Nations Educational, Scientific and Cultural Organisation), which, for over 40 years, has compiled a list of the most important sites internationally that have become part of the world heritage cultural property sites. Since 2007, the Monnaie de Paris has honoured various monuments included in this list in a series of collector coins.

For 2021, and on the occasion of the 500th anniversary of the death of explorer Ferdinand Magellan (1480–1521), the Monnaie de Paris has chosen to focus on the Magellan Straits. The new coins pay tribute to one of the first explorers to have undertaken and succeeded in circumnavigating the globe.

It was Portuguese-born explorer Fernão de Magalhães, known in the English-speaking world as “Magellan,” who instigated and organised the first circumnavigation of the globe beginning in 1519 and culminating in 1522.

The coins depict on the obverse side an image of Fernando de Magellan, a Portuguese navigator and explorer. The Spanish galleon Victoria is shown sailing the seas and oceans. The Victoria was the first ship to navigate the globe on its expedition to the Molucca Islands in present-day Indonesia. The text 500 ANS is in reference to the anniversary of Magellan’s passing and the face value is also placed just below the primary design.

The reverse of the coin depicts the Convent of Christ in the city of Tomar in Portugal. To the upper-left is the UNESCO logo and to the upper-right are the initials RF, representing “Republique Francaise.” The year 2021 and the personal insignia of Joaquin Jimenez, the coins’ designer, are seen below the primary design.

Each coin in the collection is available separately. The gold and silver options are encapsulated and presented in a custom MdP branded case and are accompanied by a numbered certificate of authenticity. For additional information, please visit the website of the Monnaie de Paris.